A review of the Mets' drafts under Sandy Alderson

Major League Baseball's amateur draft starts tonight. Here's an overview of what the Mets have done in the previous three.

Share All sharing options for: A review of the Mets' drafts under Sandy Alderson

Since Sandy Alderson took over as the Mets’ general manager, 3,984 players have been picked in Major League Baseball’s Rule 4 draft. With relatively early first-round picks in each of those drafts, the Mets went with high school position players: outfielder Brandon Nimmo, shortstop Gavin Cecchini, and first baseman Dominic Smith. They’ve had two supplemental first round picks over those years, and with them, they took Kevin Plawecki out of college and Michael Fulmer out of high school.

Mets vice president of player development and scouting Paul DePodesta, who came on board with Alderson, has worked with two scouting directors: Chad MacDonald, who held the position in 2011 but left for the Padres after the season, and Tommy Tanous, who has held it since MacDonald left.

In its first three drafts, the front office has picked a high ratio of high school players. Of the 134 players the Mets drafted over the past three years, 57 came from college, 16 from junior college, and 64 from high school. That’s 47.8 percent from high school. For context, just 33.1 percent of the players taken in the last three drafts as a whole have been picked from that level. A very small percentage of players have been drafted without an affiliation with a school, though the Mets have not picked any of them. 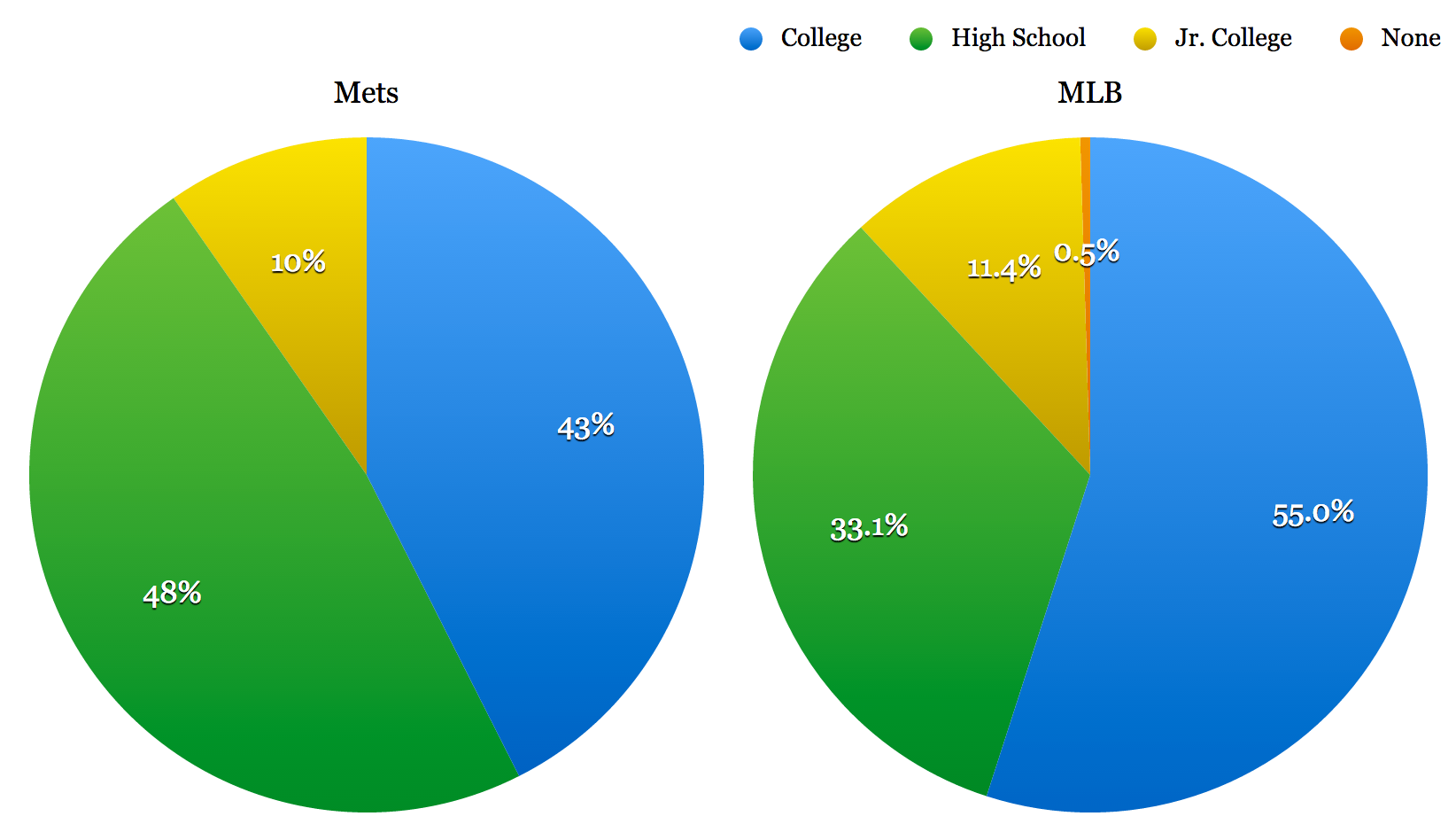 Alderson's front office has also drafted slightly more pitchers than the league as a whole. Of the Mets' 134 picks, 75 have been pitchers and the other 59 position players. 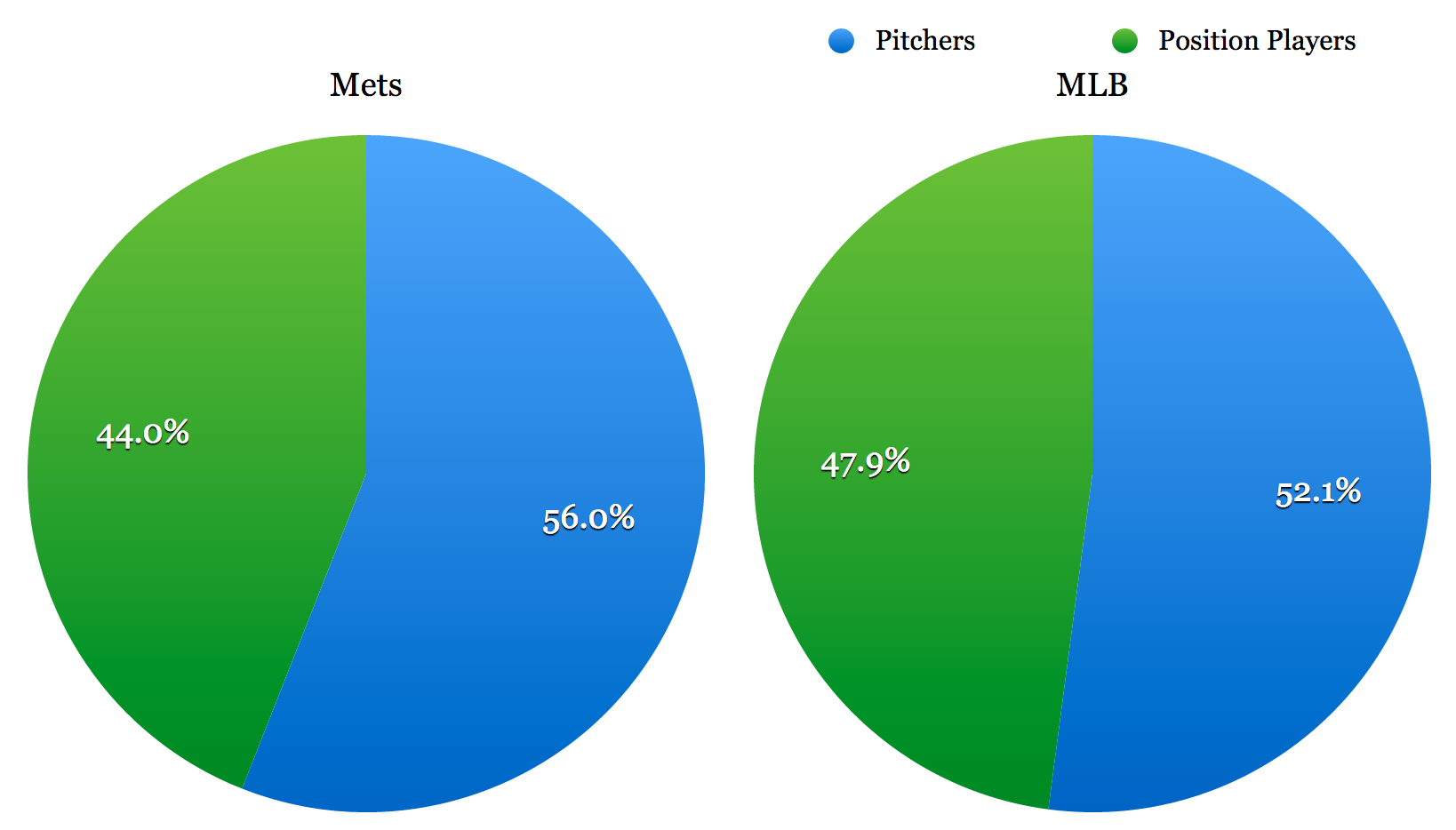 None of the Mets’ picks since 2011 have reached the big leagues yet, but given the high percentage of high school players they’ve taken, that’s not much of a surprise. In total, just 46 players—1.2 percent—drafted by all teams over the last three years have made a major league appearance. Of those players, fourteen have accumulated at least 1.0 bWAR. The standout from those drafts is a familiar name: Jose Fernandez, the Marlins’ ace who just underwent Tommy John surgery but racked up 7.7 bWAR before doing so.

But the draft is almost always an exercise in patience, even for the players who rise to the big leagues quickly. Of the players from the last three drafts to make it to the show so far, the vast majority were drafted in 2011. A smaller but still significant group were taken in 2012, but just two players from the 2013 draft have made it so far: Cleveland’s Kyle Crockett and Detroit’s Corey Knebel, both of whom have played just three games in the majors thus far.

As for the Mets' top picks in recent drafts, let’s check in with Jeffrey Paternostro! 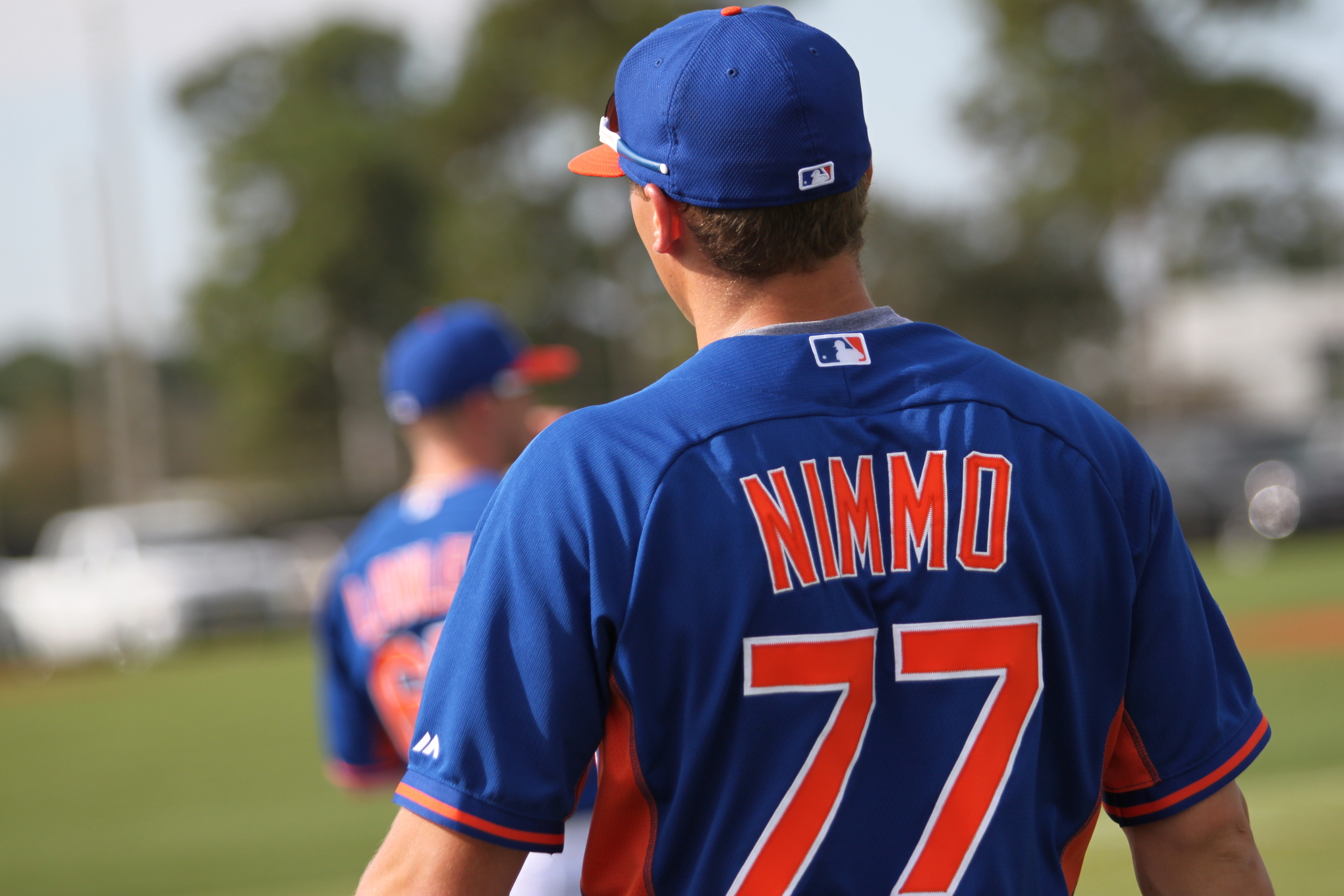 Nimmo was considered to be a high risk, high upside pick when he was selected in 13th overall in 2011. Although the tools profile has never quite lived up to his pre-draft billing, in his first full professional season he showed far more in-game polish than you would expect from a prep outfielder who didn't play high school baseball. A hand injury in 2013 depressed Nimmo's numbers, but he is healthy and mashing in St. Lucie this year. He features an extremely advanced approach and good pitch recognition skills and strike zone control. He has yet to really show a standout tool, but he projects out at solid-average or above across the board, and his eye at the plate makes the total package play up. The outstanding question with Nimmo is if he will develop much in the way of power, but he is a strong kid with some natural loft in his swing. He will also have to show he can handle more advanced pitching, but he could see the majors as soon as the middle of 2015 and projects as an above-average everyday center fielder. 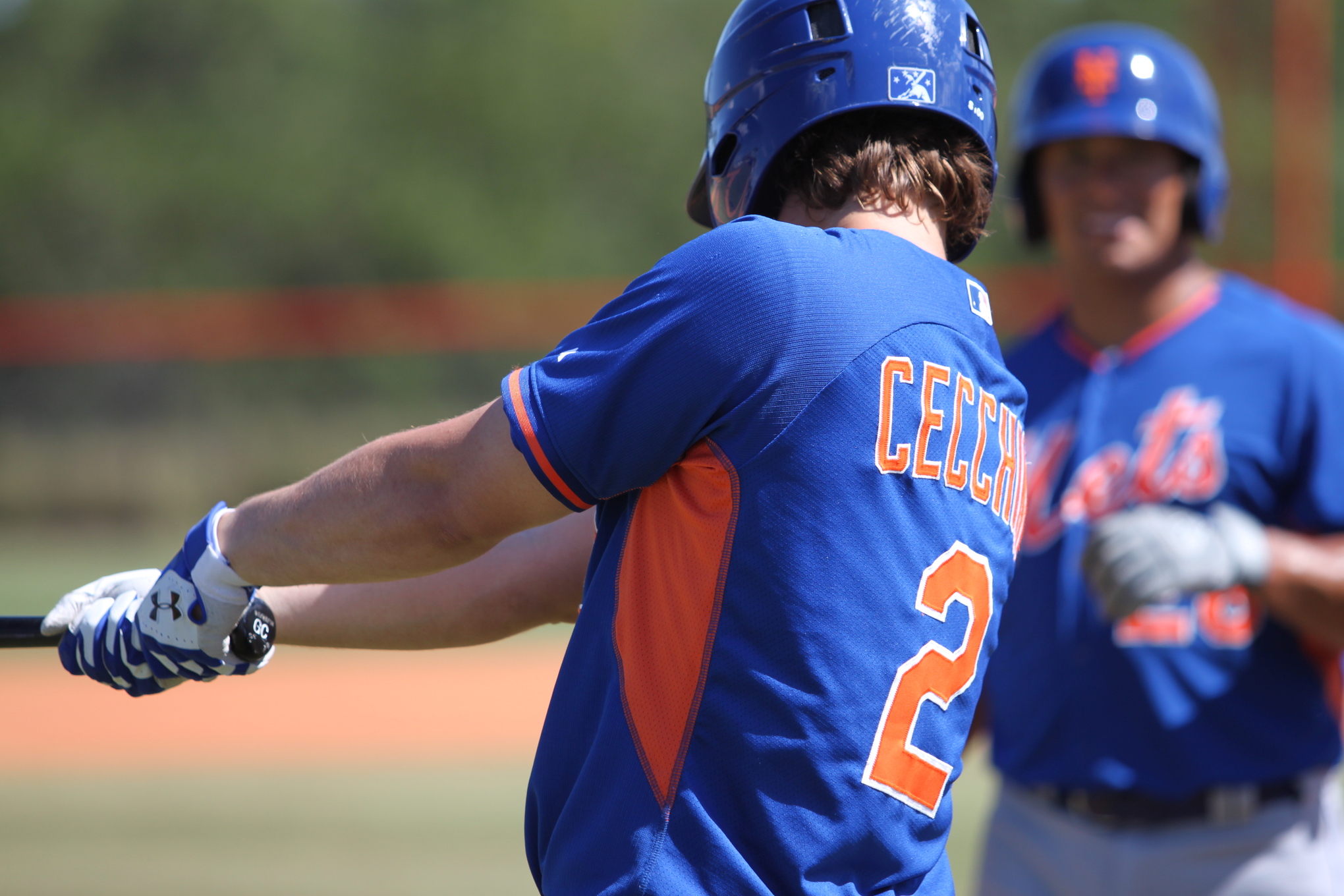 Cecchini was a controversial pick in 2012. Seen as a low ceiling, 'safe' pick without a standout tool or much in the way of projection, Cecchini did little to quell the skeptics in his first two professional seasons. He also lost time to injuries in both Kingsport and Brooklyn, and when he did play, I really had to squint to see a major league shortstop. He has looked much better this year in Savannah. He is much stronger and can really drive the ball into the gaps off loud contact. He's not a premium athlete, but he should be able to stick at shortstop as he moves up the ladder. There's still a decent amount of risk here; Cecchini can't afford to lose much speed as he ages, but so far he is holding up his end of the bargain at the plate and in the field. He will probably play most, if not all, of 2014 in Savannah but could start to set his own timetable in 2015. 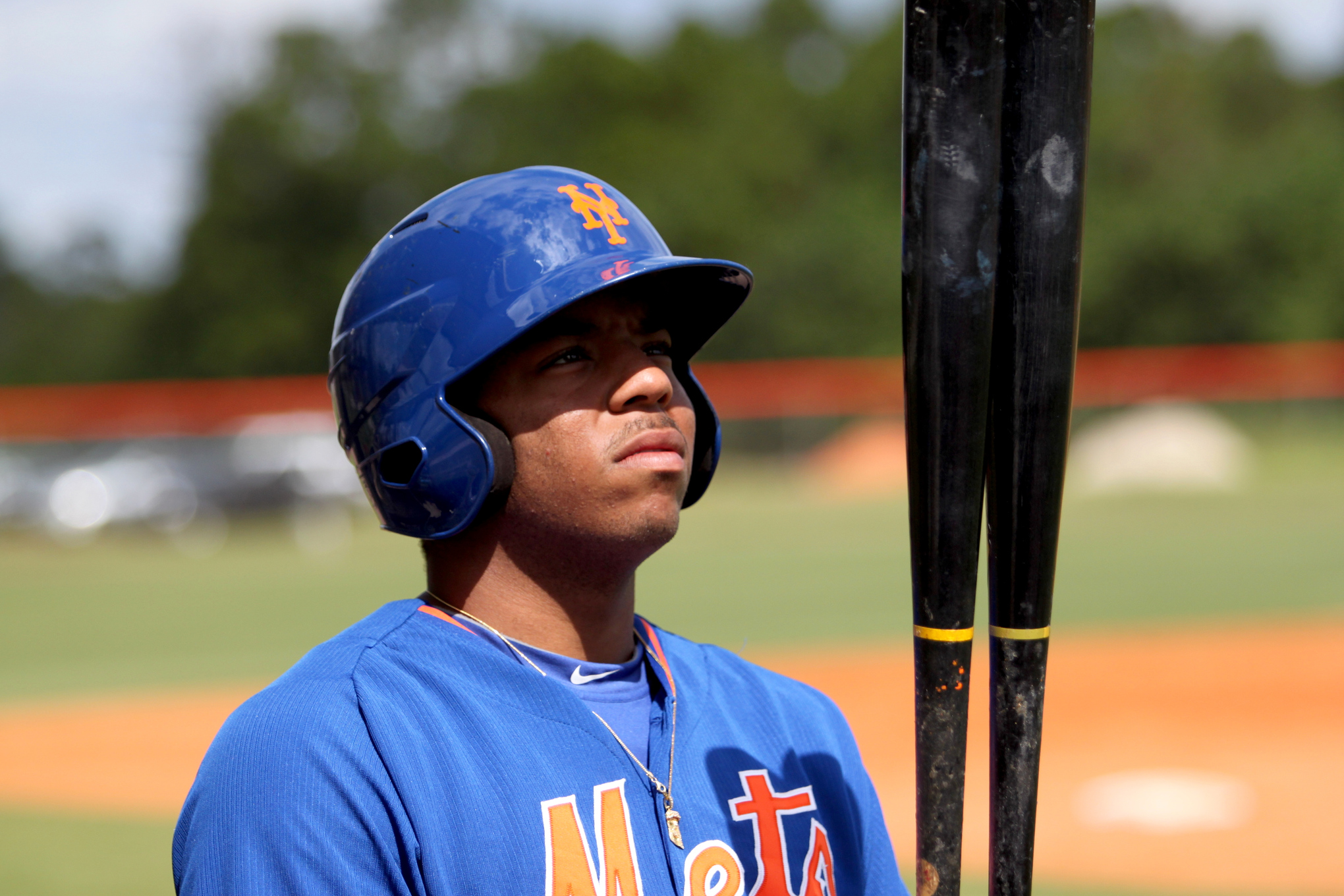 Smith was the only Mets prep bat under Alderson to get a Savannah assignment in his first full professional season. This is not particularly aggressive relative to other team's first round prep picks, but Smith was a particularly young high school pick and has just recently turned 19. Somewhat predictably, Smith has had his struggles against more advanced pitching. He often gets caught out on his front foot and makes weak contact. May has been much better for him than April, but he will likely spend all of the year in Savannah. Smith projects as an average/OBP-driven first baseman, but without a ton of power projection, at least in my eyes, he is going to have to hit a lot. 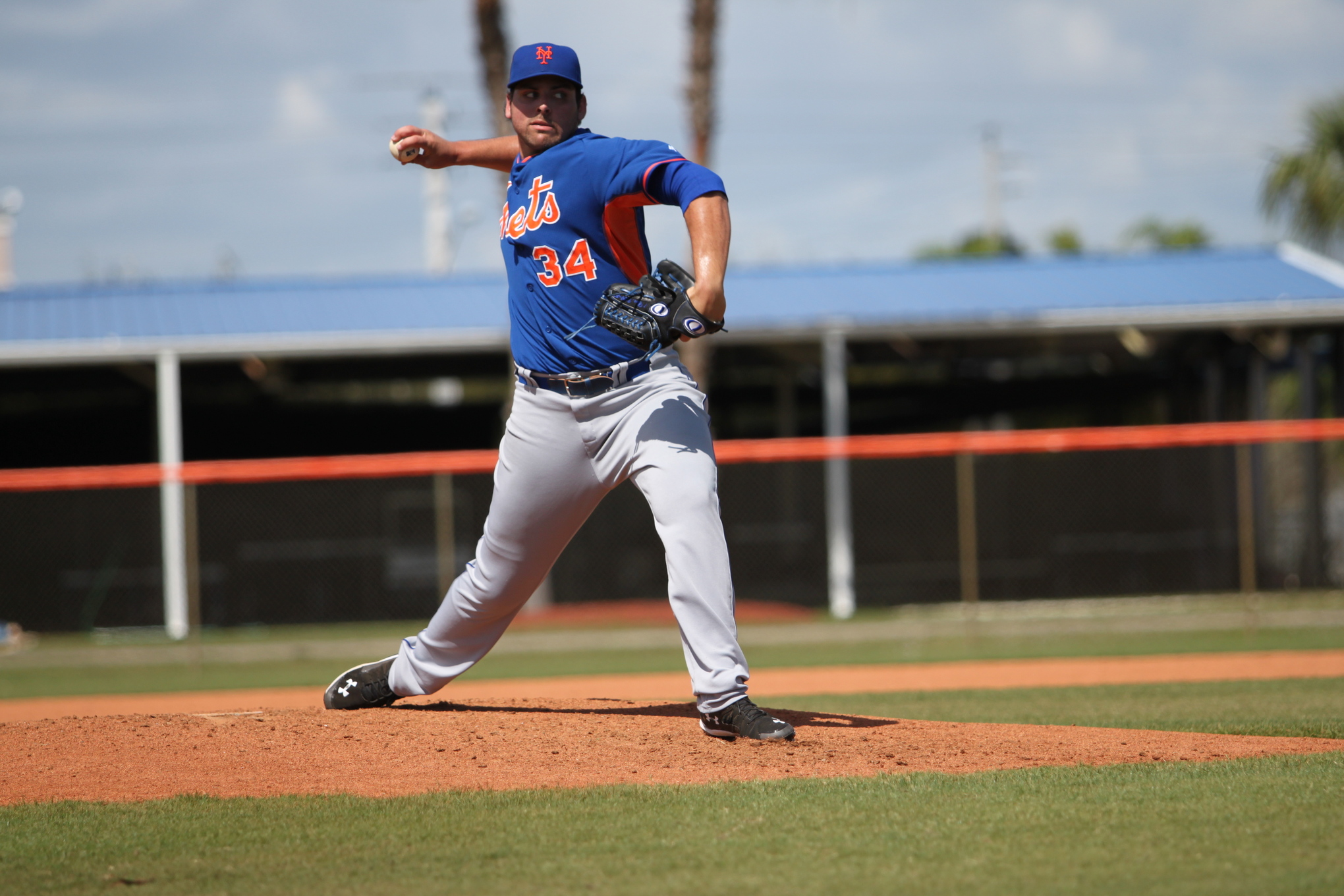 Fulmer was given a more aggressive assignment track than Nimmo despite being picked after him in the supplemental first round in 2011. Assigned to Savannah in 2012, Fulmer showed a plus fastball that would touch 96 and the makings of a solid slider. He tore his meniscus at the end of spring training in 2013 and struggled to stay on the field, eventually being shut down with a shoulder issue, throwing only 46 innings in total. He returned healthy in 2014 but has had an up-and-down year. He's gone back to using his curveball, which projected as a plus pitch when he was drafted out of high school. Given his injury issues, dodgy fastball command, and current lack of a changeup, Fulmer may end up in the bullpen in the long term. If he is able to stay healthy and refine his offspeed arsenal, he still has a shot to be mid-rotation starter. 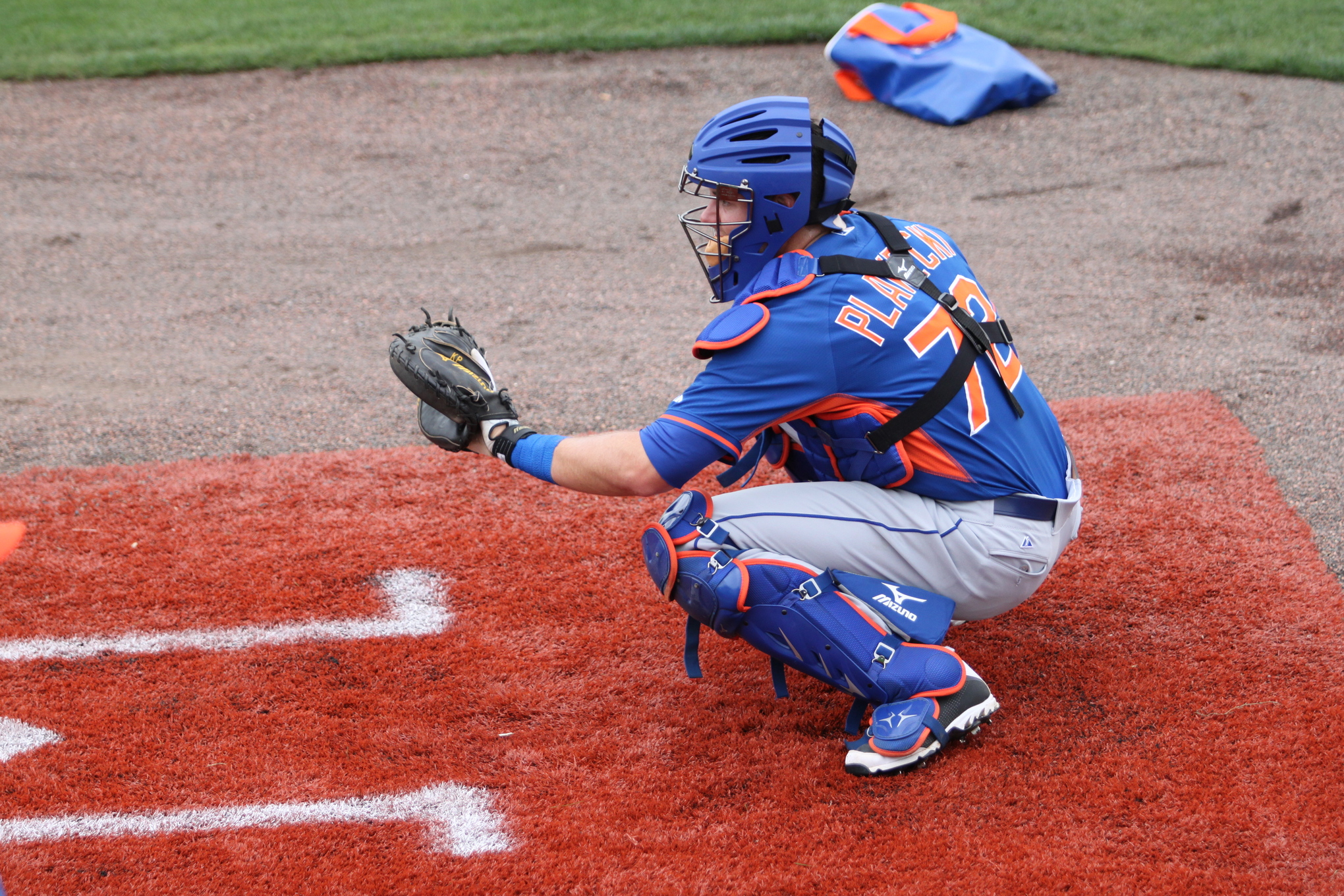 Plawecki has definitely played to the scouting report since he was taken in the supplemental first round in 2012. He projected as a good hitter with strong strike zone control but carried some defensive concerns behind the plate. He has hit at every level, using his natural strength and solid bat-to-ball skills to beat up minor league pitching. The walk rate has begun to erode in the upper levels, as Plawecki is very aggressive in the zone, but he makes a lot of contact and has started to hit for more power in 2014. The defense is still a question mark. Plawecki's arm is below-average. Part of it is he is stiff and mechanical getting out of his crouch, and part of it is just a lack of raw arm strength. His throws tend to lack zip and tail up and toward the runner. He has improved his receiving skills, but he struggles on balls in the dirt to either side. Plawecki's bat is ahead of his glove at this point, but that bat is good enough that you might be able to live with the defensive profile. Plawecki should get to Triple-A after the all-star break and might even earn a cup of coffee after rosters expand.