Mets vs. Padres Recap: Two losses in three games in San Diego is most certainly bad

The Mets dropped another game to the Padres to complete a poor first weekend back from the break.

Share All sharing options for: Mets vs. Padres Recap: Two losses in three games in San Diego is most certainly bad

The Mets’ wins and losses count just the same in the team’s record no matter what team they are playing, but there’s something about back-to-back losses against the Padres that makes things seem worse. While the Mets were by no means favorites in the race for a playoff spot before the weekend began, dropping two of three to a team that rarely scores runs reduces their odds. 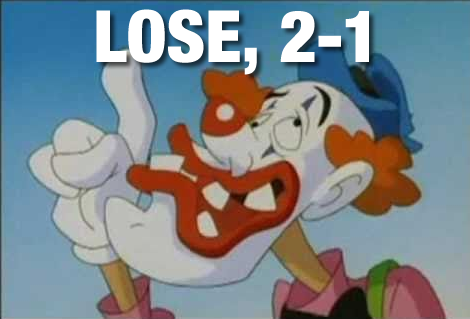 Perhaps the loss seems even worse since they Mets were no-hit for seven-and-two-thirds innings by Odrisamer Despagine, who was making his fifth major league start and threw the Mets completely off with a variety of offspeed pitches. The pitcher struggled with control at times, walking three and hitting two Mets batters with pitches, but the Mets were never able to take advantage of his wildness.

Zack Wheeler nearly kept pace with Despaigne, at least in terms of runs allowed, as he gave up just one—on a solo home run by Yasmani Grandal in the fourth—in six innings of work. He struck out seven, walked just one, and managed to give up eight hits without any further damage. As a result, Wheeler now has a 3.78 ERA and 3.42 FIP on the season, neither of which are elite but both of which and encouraging given his recent string of success.

After Dana Eveland threw a scoreless seventh inning, the Mets did finally break through for a hit in the eighth inning, as Daniel Murphy doubled with two outs. David Wright followed up with a single to score Murphy and tie the game at one, but the Mets would not score again in the inning or in the game.

Jeurys Familia took over for the eighth and gave up a leadoff triple to Will Venable, but he struck out Chris Denorfia on a 99 mile-per-hour fastball and induced a ground ball double play after intentionally walking Jake Goebbert.

But the Mets went down in order against Joaquin Benoit in the ninth inning without hitting a ball past the pitcher. And the Mets did what baseball teams always but probably shouldn’t in the ninth, leaving Jenrry Mejia in the bullpen because he’s a closer and using Vic Black to start the ninth instead.

Black walked Carlos Quentin, and when Alexi Amarista put down a bunt back to the mound to move Quentin’s pinch runner over to second, the ball went right through Black’s legs. Both runners were easily safe. He gave the Mets some hope by getting a ground ball double play from Chase Headley, and Terry Collins turned to Josh Edgin with a runner on third and Seth Smith coming up to the plate. The Padres opted not to pinch hit for Smith, a left-handed hitter with significant platoon splits.

The move worked. Smith hit a ball, not all that hard, to Edgin’s left, but Edgin stumbled off the mound. By the time he was able to pick up the ball and fling it to first base, it was too late. The Padres had walked off the Mets on the infieldiest of infield singles. 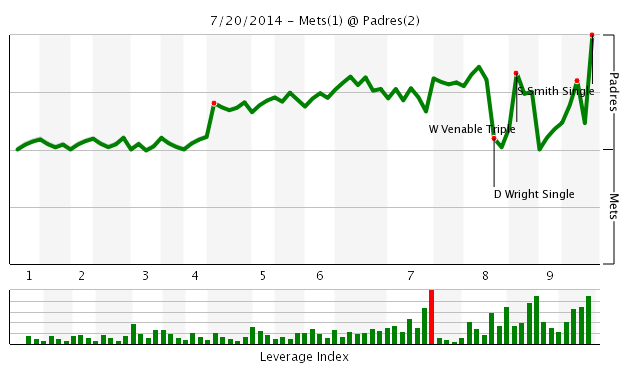