The Mets' best player marks his tenth anniversary in the big leagues today.

Share All sharing options for: Ten years of David Wright

Ten years ago today, the Mets promoted 21-year-old David Wright, now one of the greatest players in franchise history, to the major league roster for the first time. Having grown up a Mets fan in Virginia, Wright was taken out of Hickory High School in the first round of the 2001 amateur draft with the 38th overall pick. From there, Wright steadily rose through the team’s minor league system.

Wright debuted with the Mets’ Appalachian League affiliate in Kingsport in 2001, where he hit .300/.391/.457 in 138 plate appearances. He was bumped up to Capital City, then the Mets’ affiliate in the Single-A South Atlantic League, where he spent the whole season, hitting .266/.367/.401. With that, the Mets sent Wright to High-A St. Lucie of the Florida State League for the 2003 season, and Wright nearly replicated his average and on-base percentage from the previous year but showed the power that he had shown in Kingsport with a .270/.369/.459 slash line.

It didn’t take long for Wright to get to the big leagues from there. He opened the 2004 season with the Double-A Binghamton Mets, and he hit so well there in 272 plate appearances—.363/.467/.619, to be exact—that he was promoted to the Triple-A Norfolk Tides, the Mets’ minor league affiliate that made him a Mets fan as a kid. After 134 great plate appearances there, Wright earned his call up to the majors and never looked back. 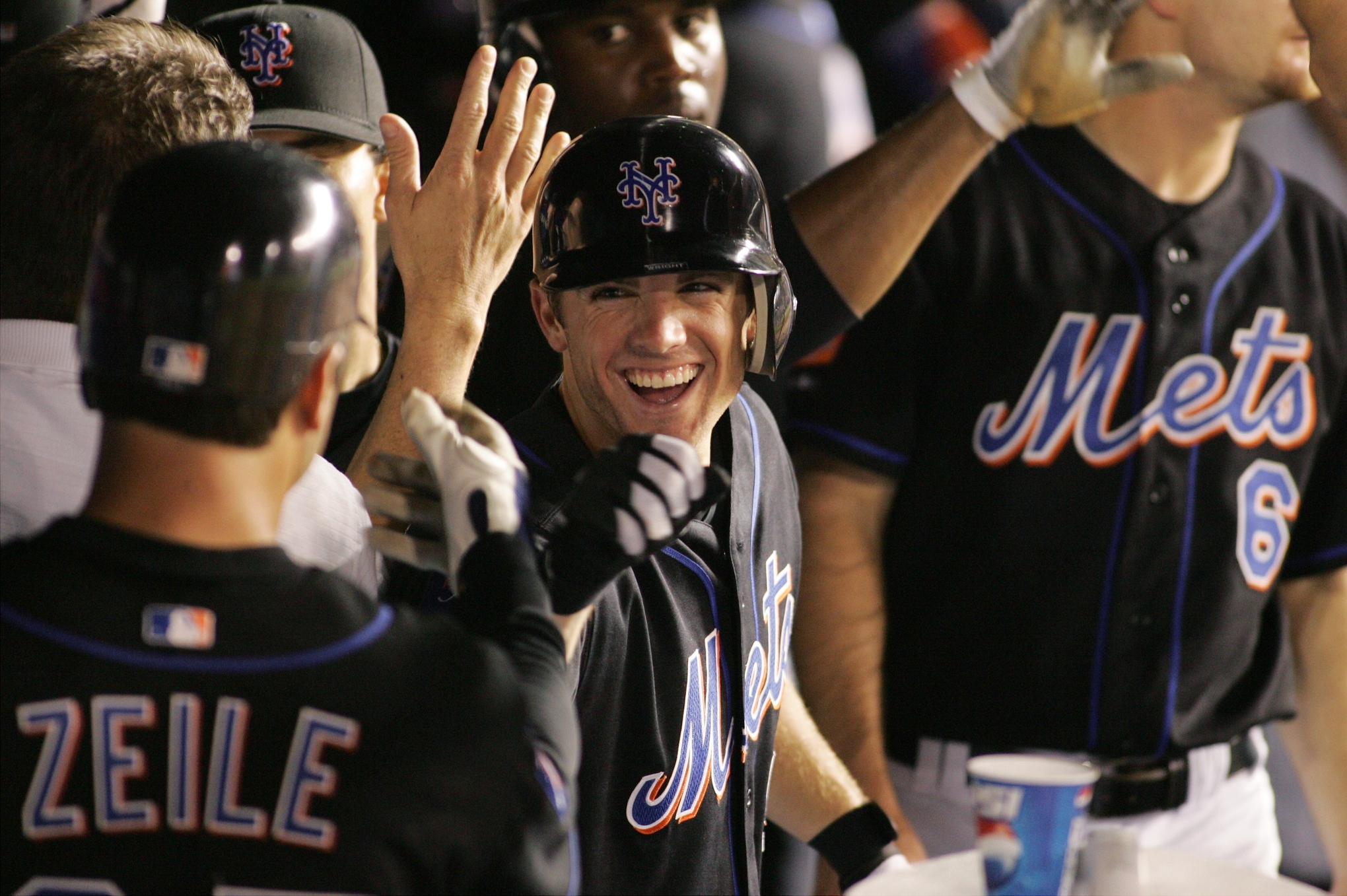 Like many young baseball players, Wright did not set the world on fire upon his promotion. In his first ten games with the Mets in 2004, he had just a .635 OPS and one home run. But once the calendar turned to August, the first signs of the great David Wright showed up. That month, Wright belted six home runs and hit .303/.333/.550. Those numbers weren’t quite as impressive at the time as they would be today, but they were undeniably good. And he got even better from there until the end of the season, hitting seven more home runs and batting .308/.354/.547 in September and the first three days of October.

Since then, Wright has simply been one of the best players in baseball. For his career, he’s hitting .300/.379/.500. Put in context, that slash line has been good for a 135 wRC+, a mark that ranks him among the best hitters in the game since 2004. There have been rough patches along the way, to be sure, particularly Wright’s 2011 season, but the highs have far outweighed the lows.

Given the time he has spent with the Mets and how good he has been in that time, it’s no surprise that Wright ranks at or near the top of the list in quite a few categories. He’s second all time in games played and figures to eclipse Ed Kranepool’s franchise record of 1,853 within the next two-and-a-half seasons. He ranks first in runs, hits, walks, and runs batted in. His 230 home runs rank second, just 22 behind franchise leader Darryl Strawberry. He ranks ninth in triples with 25, and his .879 OPS ranks third. It was no surprise when Wright was named the captain of the Mets before the 2013 season.

There’s a common refrain among Mets fans that goes something like this: The team might not be great, but at least the broadcasters are the best in the business. That’s certainly true, but one of the best players in the business has manned third base for a decade now, and as Mets fans, we’ve been fortunate to have David Wright on the field through the good times and the bad. It’s hard to imagine watching Mets baseball without him.