The Mets destroyed the Phillies Wednesday afternoon with a barrage of runs.

Amidst the usual flurry of trade rumors on the eve of the trade deadline, there was a rubber game to be played, and the Mets crushed the Phillies 11-2 to take the three-game series. It was a welcome surprise to see the Mets score double-digit runs today and it was the most they have scored at home all season long. The ball club bounced back nicely after being shut out last night and will head into tomorrow's off day on a positive note. 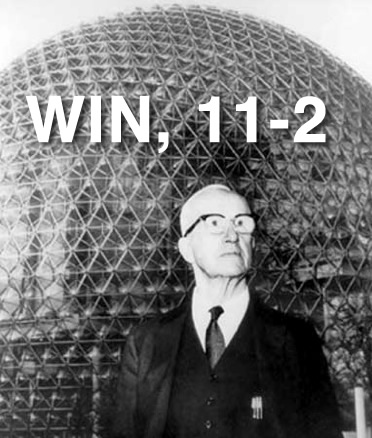 Zack Wheeler and Kyle Kendrick have been on completely opposite trajectories over this past month and the advantage, at least on paper, seemed to be heavily in favor of the Mets before a pitch was ever thrown this afternoon. Wheeler, owner of a 1.41 ERA over his last five starts, entered today looking to continue to build on his solid sophomore campaign. Kendrick, owner of an 8.59 ERA over his last four starts, was hoping to turn things around lest he be at risk of a demotion. With the scene set, the Mets went on to obliterate the Phillies.

Wheeler, despite his reasonably tidy final line, did not possess his best stuff today. He was wild early and often and seemed to have little idea where his pitches were going to end up. However, he was able to get out of jams and induce weakly hit fly balls for most of the afternoon. As we are all slowly starting to accept the fact that the Mets are probably about to embark on yet another August and September of not-so-meaningful baseball, joy must be taken in the small things. Wheeler's maturation process is one such small thing, and it is continuing before our very eyes, as he was able to put up zeros with some of the worst stuff he's had all year. Instead of overthrowing and walking the world, as he has been prone to do in starts when he was not able to locate his pitches, he buckled down and allowed just two runs over six and two thirds innings.

Both teams scattered hits and left ducks on the pond throughout the first four innings. There was very little offensive action from the Mets until the fourth inning, when Ben Revere made an excellent leaping catch over the center field wall to rob Lucas Duda of a home run. The game had the sleepy and lethargic look of a day game following a night game in the early going before the runs started flowing in the fifth.

After an RBI double by Ryan Howard scored the speedy Ben Revere to open up the Phillies' account in the top of the fifth, the Mets promptly responded, and finally got to Kendrick in the bottom half of the inning by putting up a crooked number on the scoreboard.

Juan Lagares led off with an infield single and Ruben Tejada followed with a seeing-eye single that just got by a diving Andres Blanco to put runners on first and second. This gave Wheeler the opportunity to lay down a sacrifice bunt, and he successfully did so on his third and final attempt. With two runners in scoring position and first base open, Kendrick elected to pitch around Curtis Granderson and walked him on five pitches as Granderson did not bother to move his bat from his shoulder.

With the bases loaded, Kendrick lost his nerve and threw a wild pitch on his first offering to Daniel Murphy, allowing Lagares to score as well as advancing both Tejada and Granderson. Whether they advanced or not mattered little, as Murphy hit a three-run opposite-field home run to punctuate a four-run inning. It was his first opposite-field home run of the year and he put a terrific swing on a ball that was on the outside part of the plate. He went with what the pitcher gave him, as he so often does, but not often is he able to power those pitches over the left field wall into the Party City Deck. The Mets closed out the fifth inning up 4-1.

Wheeler threw his first 1-2-3 inning of the day in the sixth and was rewarded by being allowed to trot back out and attempt to get through the seventh with his pitch count just south of 100. Jimmy Rollins came up to pinch hit for Kendrick and promptly pulled a solo shot to right field to give the Phillies their second run of the day. After a meeting on the mound, Wheeler got the next two righties, Revere and Grady Sizemore, to both fly out. With the left-handed Chase Utley up next, Terry Collins chose to take the ball from Wheeler and hand it to Dana Eveland to face the lefty with two outs.

Eveland was truly atrocious, and would have been troubled to hit the broad side of a barn door. He walked Utley and then hit Howard on the right arm, failing to get just one out with two left-handed batters up in succession. Jeurys Familia came in to mop up Eveland's mess and got Marlon Byrd to ground out to end the threat and preserve the two-run lead.

The Mets were not nearly done, though, and batted around with a five-run seventh as the Phillies' bullpen took it on the collar. Lucas Duda had an RBI single, Travis d'Arnaud hit an RBI double, Chris Young got an RBI after reaching on an error, Tejada hit an RBI single, and even Familia got in on the party with an RBI single, putting his batting average at 1.000 on the year. After the five runs were recorded and the dust settled—as if that wasn't enough—Lucas Duda continued the onslaught and torched a two-run homer in the eighth inning.

With eleven runs up on the board, the Phillies did not have a rally in them, but instead took their spanking and went into the clubhouse to lick their wounds.

A couple of quick notes on today's win. Lagares had three more hits today and looks like he is over his mini-slump from the road trip. Let us all hope he keeps this up, because one hitless game is all it takes for Terry Collins to give him a "mental" day off and omit his name from the lineup card.

Chris Young finished up this series 1-12 and, in a clear last-ditch effort to drum up some trade value in him, the Mets have given him fairly regular starts since the Seattle series. If Sandy Alderson is able to pull a rabbit out of a hat and deal him for more than a bag of balls, that would be grand, but in the likelihood that he is unable to find said rabbit, Young has not earned the right to be anything more than a pinch hitter with this club.

Lastly, but most importantly, it is starting to get difficult to find new superlatives to laud at Lucas Duda. He is simply becoming that force in the middle of the lineup that we have dreamed of, and he truly appears to be meeting his potential right now. He's crushing the ball and has already established season career highs in both home runs and runs batted in. As frustrating as his roller coaster ride to this point has been, credit must be given—taking into account the cautionary disclaimer of small sample sizes—to Sandy Alderson and his staff, for they seemed to get this one right and dealt away the correct first baseman this past spring.

All in all it was a great win today and, as always, lets go Mets. 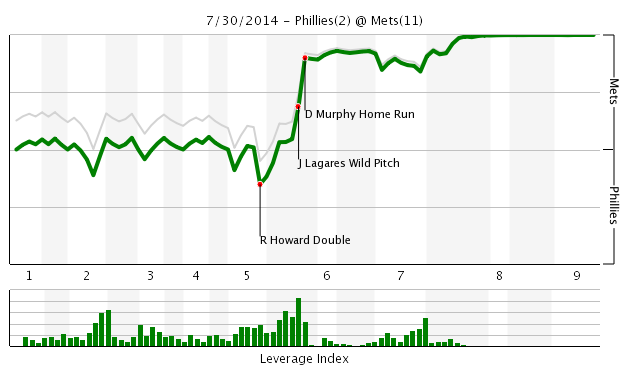