On the Best Infield Ever, Robin Ventura had one of the finest seasons in Mets history. But his Mets career wasn't quite a grand slam.

Share All sharing options for: Top 50 Mets Of All Time, #29: Robin Ventura

On July 29, 2002, Robin Ventura hit his sixteenth career grand slam, tying the career marks of Babe Ruth and Henry Aaron. Only sixteen players had slammed so often, and all except the Mets' Dave Kingman were Hall of Famers. After the game, Ventura reflected on his triumph: "So I’ll join Dave Kingman then."

Robin Mark Ventura was born in 1967 in Santa Maria, California, near Santa Barbara. He played three years of college ball at Oklahoma State University and raked. At age 20, he put together a 58-game hitting streak, an NCAA record, and led the Cowboys to the championship game of the College World Series. He entered the draft with a .428 on-base percentage and .797 slugging percentage and was picked tenth overall by the White Sox.

In 1989, his rookie season, Ventura committed 25 errors at third base, but he was a quick study. The next season he won a Gold Glove, then proceeded to collect four more in ten seasons on the South Side. With silky hands and excellent instincts, Robin was a sure bet slinging it to Frank Thomas across the diamond.

Ventura hit his way onto the All-Star squad in his third full season, with a.282/.375/.431 line. Successive seasons of 5.9, 5.3, 3.0, 4.7, and 4.8 bWAR established the young left-handed hitter as a reliable threat. In 1993, the Sox had their only postseason berth in the Ventura era and exited in the League Championship stage.

The White Sox had something like a "Midnight Massacre" in 1997, trading away stars in the "White Flag Trade." The same year, Ventura broke his ankle on a gruesome slide into home and didn't look his old self in his return. In the winter of 1998, the free agent looked sure to leave Chicago, though it was by no means clear the Mets would be a suitor. 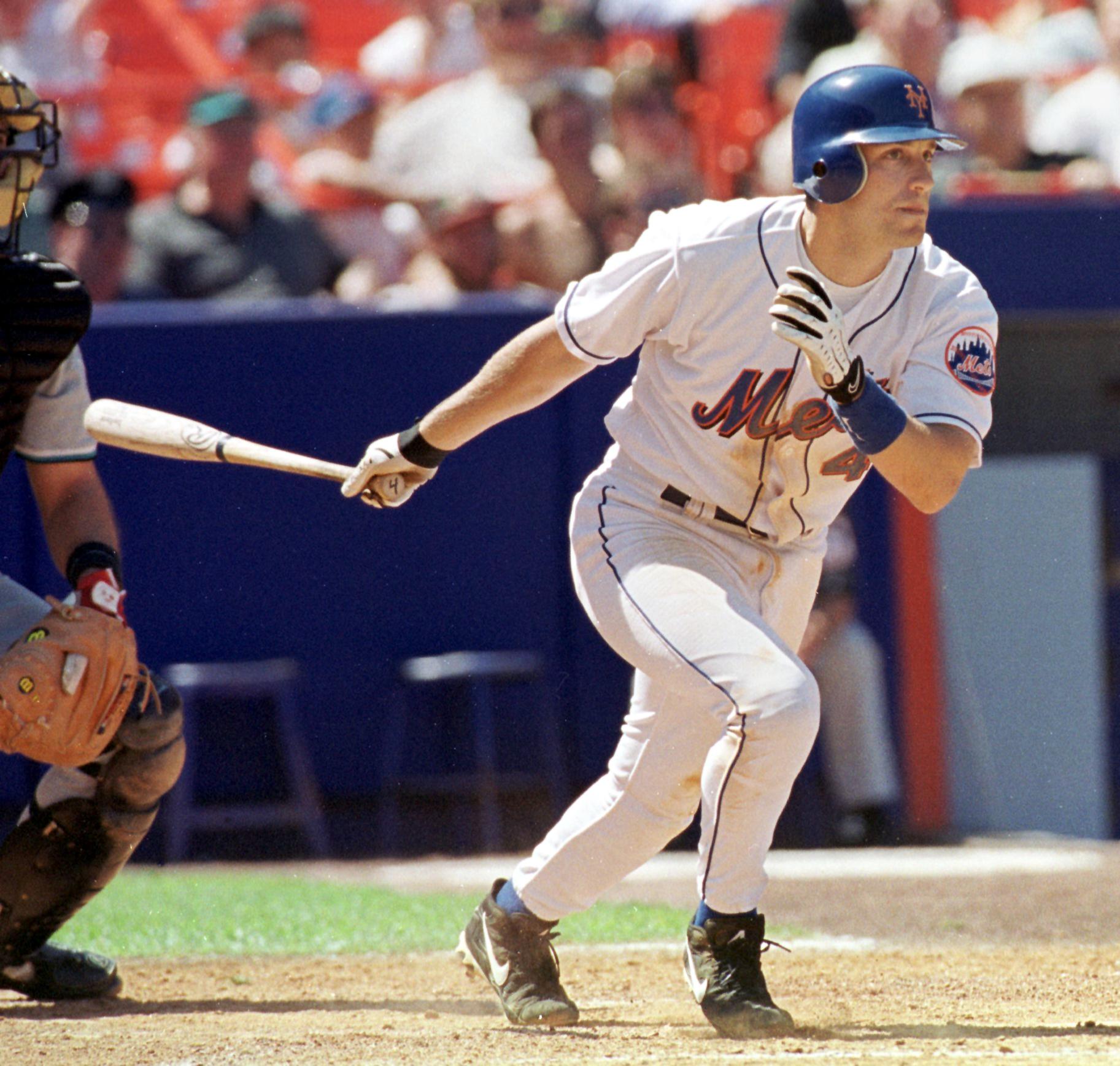 The Mets were coming off a late-September collapse and had spending money to shore up their lineup. Only after outfield options dried up did they zero in on Ventura, though, realizing they could shift Edgardo Alfonzo to second base. This would create a left-to-right defense of Ventura, Rey Ordonez, Alfonzo, and John Olerud. And they saw that it was good. Ventura signed for four years, $32 million.

Then something amazing happened. Ventura played like a star, one of the few hired Mets to immediately earn his keep. He hit safely in each of his first ten games, going 15-for-40 with a pair of homers and 11 runs batted in. On May 20, against the Brewers at Shea, he knocked a grand slam off Jim Abbott in the bottom of the first inning. That was the day game. In the nightcap, he again came up with the bases loaded in the fourth and swatted one out down the right field line. The Mets scored 21 runs on 25 hits that day, and Rockin’ Robin became the first man in history to hit a grand slam in both halves of a doubleheader. This was gonna be fun.

The brilliant backstop caught every pitch of the Mets' first two postseason runs.

The ’99 Mets lineup was solid, and the bullpen was terrific. But the cover girl was the infield defense. The front of Sports Illustrated's September issue posed the question: "Best Infield Ever?" And our own James Kannengeiser answers "maybe so." Ventura, Ordonez, and Olerud won Gold Gloves, and the four men combined for the least infield errors in baseball history. Opposing players marveled.

"They don't even play on a great field at Shea," said J.T. Snow. "Imagine if they were playing in Florida or Oakland."

Craig Biggio was shocked to be thrown out "easy" after a great bunt down the third base line. Ventura explained his read: "It's hard to describe, but it's a look in his eye and a subtle change in the body language. It's very, very difficult for a hitter not to change his routine in even the slightest way if he's going to bunt."

Ventura also offered one of the more evocative comments on Rey Rey: "I can hear his spikes moving through the dirt. It's a very distinctive sound, like nothing I've ever heard before."

The Mets were 50-39 in the first half, and Ventura was in the midst of a thundering run at the plate. From June 1 to September 6, he hit .345 with 21 homers and 71 runs batted in. The Mets built up a four-game lead in the Wild Card race, but they stumbled in their final two weeks, allowing the Reds to sneak two games ahead with only three remaining. In the final four games—which included a one-game playoff in Cincinnati—Ventura went 6-for-16.

To sum up his season, the Mets' new third baseman was awesome, almost MVP-caliber. He hit .301/.379/.529 with 32 home runs and Gold Glove defense, good for 6.7 bWAR and 7.3 fWAR. And that doesn’t tell the full story. By luck or providence, Ventura tore the cover off the ball wherever and whenever runs could be scored. He hit .338 with runners in scoring position, and a funny-ha-ha .529 with the bases loaded. His 120 RBI were the most ever by a Mets left-handed hitter, shattering Darryl Strawberry’s 1990 mark of 108.

In the playoffs for the first time since 1993, the Mets defeated the Diamondbacks in four games in the Division Series, before battling Chipper Jones’ and John Rocker’s Atlanta Braves for the pennant. Ventura was cold, hitting just .154 in the postseason and going 1-for-16 in the run-up to a 15th-inning single in Game 5.

Now, about that single.

The Mets entered Game Five with their backs to the wall, down three games to one in the series. The morning of, Ventura awoke to his four-year-old daughter belting out Annie: "The sun will come out, tomorrow!" "She wasn’t really signing to me," he remembered, "but I couldn't help but hear the words."

"I sit back and laugh about it all the time."   -Robin Ventura on the grand-slam single

That night—technically, "tomorrow"—the Mets trailed 3-2 and were an out away from elimination. Todd Pratt worked a bases-loaded walk to tie the game. Then Robin stepped up and did as he did with the bases juiced. He crashed the 2-1 pitch over the right field fence. Grand slam.

Between first and second base, Pratt bear-hugged and lifted Ventura toward the heavens. Every Met joined the pile, and Ventura never made it to second, much less home. That, kids, is a single.

"I sit back and laugh about it all the time," he later said. Unfortunately, the spell broke when the Braves took Game Six in eleven innings and advanced to the World Series.

1999: Stand clear of the closing doors

Eight losses in a row lead to the Valentine's Day Massacre, a bold prediction, and a sputtering Rocket at Yankee Stadium.

When the Mets go winless at home, Bobby Valentine finds himself on the seat of heat.

Ventura had in fact been in considerable pain the last several weeks of the 1999 season. In the fall, he had surgery on his left knee and right shoulder, and he appeared healthy entering spring training in 2000. The reality was somewhat different. Ventura’s rocket-fueled Mets debut slowed way down as he fought through nagging discomfort. His OPS+ dropped 32 points to about league average, and that included a .232 batting average, the worst of his career.

"I was killing rallies is what I was doing," he said.

Perhaps Ventura’s most memorable 2000 moment came with no rally in sight, during a rain delay. Never outspoken—in fact, it’s somewhat difficult to find quotes from him—Ventura did bring a certain je ne sais quoi to the clubhouse. In ’99, Jim Morrison's "Mojo Risin’" became a sort of team slogan, and Ventura was the man responsible (via the Austin Powers sequel.)

Minutes after the game was postponed, [writes the New York Times] Ventura ambled out of the third-base dugout, wearing Piazza’s No. 31 jersey stuffed with towels. Ventura had used eye-black to create a Piazza-style Fu Manchu, and as the rest of the Mets hung on the dugout railing, Ventura went to work.

He let a phantom pitch go by, then called time, gesturing dramatically with his right hand. He took a mighty hack and sprinted around first before splashing into second. Ventura called time again and raced for home, where he slid and splashed some more. 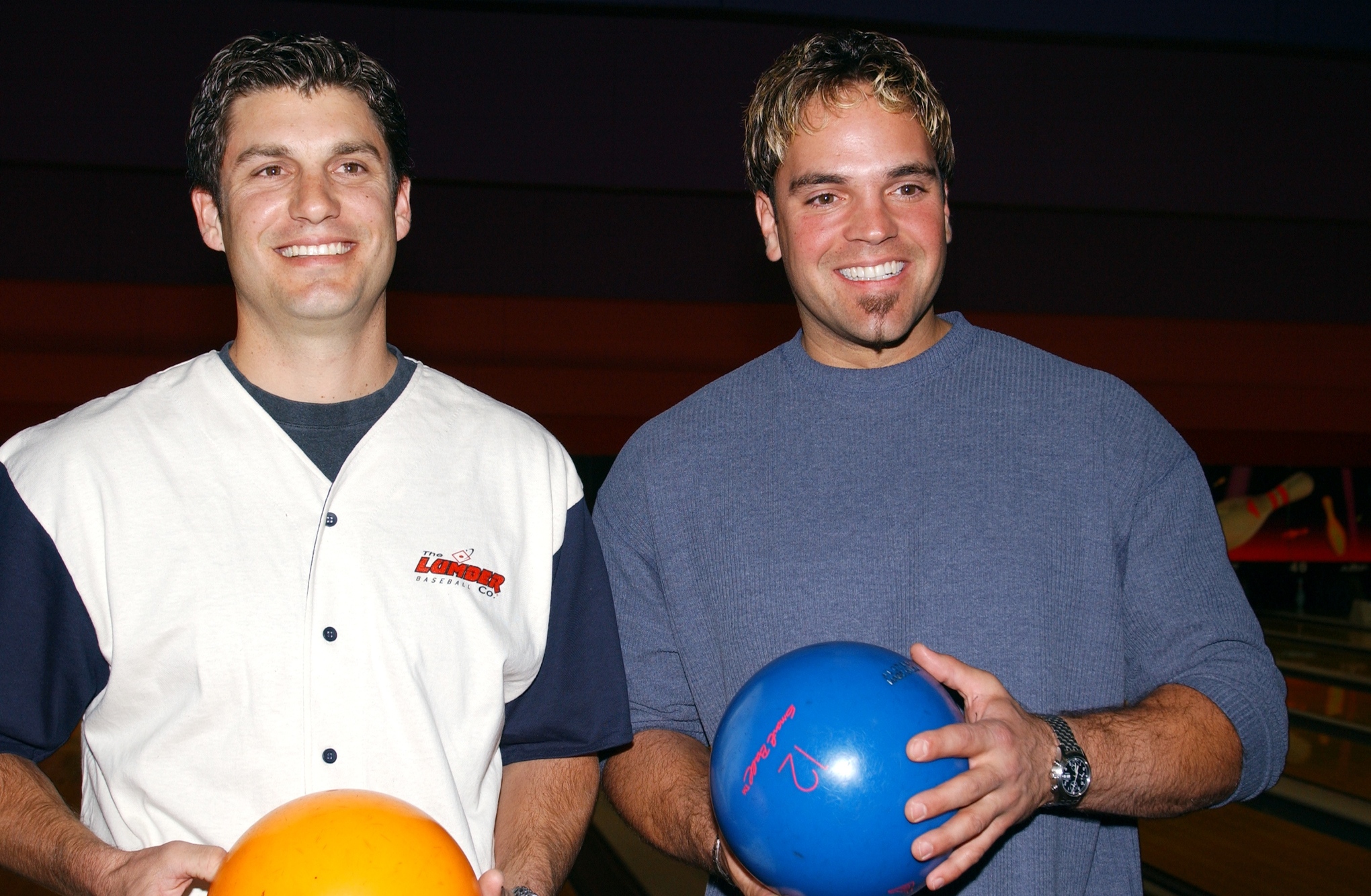 Ventura again hit sparingly in the Mets postseason but with decent timing. He managed eight RBI on eight hits in 14 games, and had a couple of big wacks: a two-run homer in the clincher against San Francisco, and a two-run double in Game Four against the Cardinals. His lone home run came in the Mets’ defeat of the Yankees in Game 3 at Shea. Unfortunately, that win stood alone, and the Bombers took the World Championship in five games.

All in all, it was a disappointing year for Ventura, though a World Series berth was a nice consolation. At the start of 2001, he seemed to have returned to form, crashing two home runs on Opening Day, and having a big May, with 30 hits, 10 for extra bases. But the magic wouldn’t last. The Mets’ MVP candidate had apparently been replaced by a useful but low-average hitter (season line: .237/.359/.419) with a talent for grand slams. No shame in it, but he had joined Dave Kingman after all. The team, for its part, finished in a disappointing third place.

In June the Mets drafted their third baseman of the future, David Wright. And in December they traded away Ventura to the Yankees for David Justice, whom they immediately flipped to Oakland for pitchers Mark Guthrie and Tyler Yates. Ventura would spend a year-and-a-half in the Bronx before joining the Dodgers in 2003, where he played 151 games across two seasons. He retired at the end of 2004, citing arthritis in his right ankle, the same one he'd torn up way back in 1997. For a while, he had to walk with a cane.

In October of 2011, the White Sox shocked a few people by naming Ventura manager of the big league club. Ventura had never coached at any level, but he got off to an impressive start, going 85-77 in his first season. He may have a few things to learn, though, unless it's smart intentionally walking the 2014 version of Stephen Drew twice in two games. His Sox homecoming has turned rocky.

But never mind that. When the Met fan thinks about Robin Ventura, he thinks Mojo Risin'. She thinks Best Infield Ever. He thinks Rey Rey, Fonzie, Olerud, and a '99 club that's been called "the most fascinating team in franchise history, a team that was both a definitive product of its era and an exemplar of a timeless feeling of Mets-ness." In his brief Mets career, Ventura exploded out of the gate with one of the finest seasons in Mets history. Though that level of performance was held up rounding first, as it were, it was still grand.

"I don't know if they'll let Ventura round the bases," went Gary Cohen's call. "But it doesn't matter!"