*All results from games played on Wednesday, July 3rd, 2014 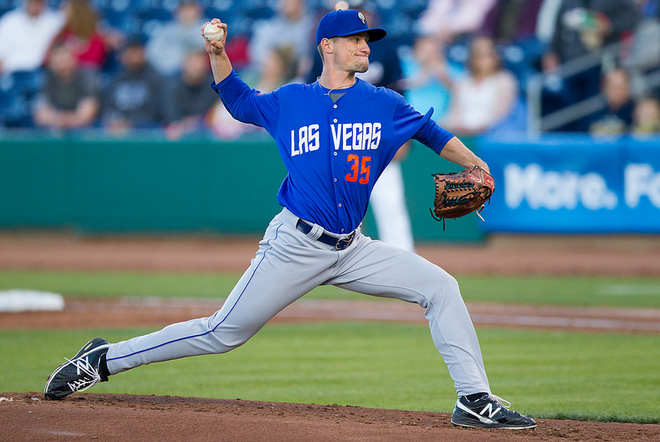 Starter Logan Verrett just wasn't very good in this one, putting the 51s behind early. His brand of excellent command of middling stuff will work in certain environments -- Vegas is not one of them. Wonder if they'll give us a look at Verrett out of the bullpen this summer. Regardless, if Salt Lake figured eight runs was enough to bring home a win in the PCL they were sadly mistaken as the 51s charged back on the strength of a Wilmer Flores three-run homer. Plawecki continues to scuffle in his transition to the highest level of the minors. 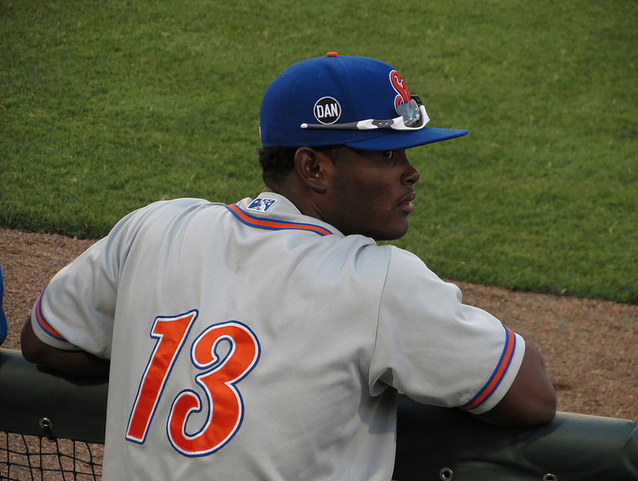 Back-and-forth affair in this one as neither starting pitcher had much success. Fortunately, the B-Mets struck last with the second of Kyle Johnson's booked home runs and took this one before the rains came and washed away the second game of the doubleheader.

Let me also use this space to continue to voice my enthusiasm for Dilson Herrera, who has hit the ground running in his first couple weeks in Double-A. Not only is he posting a nearly .900 OPS thus far but he's doing it as the youngest player in the circuit by a relatively wide margin. In my view, he's THE prospect on this club and at this point he's a top three player in the system. 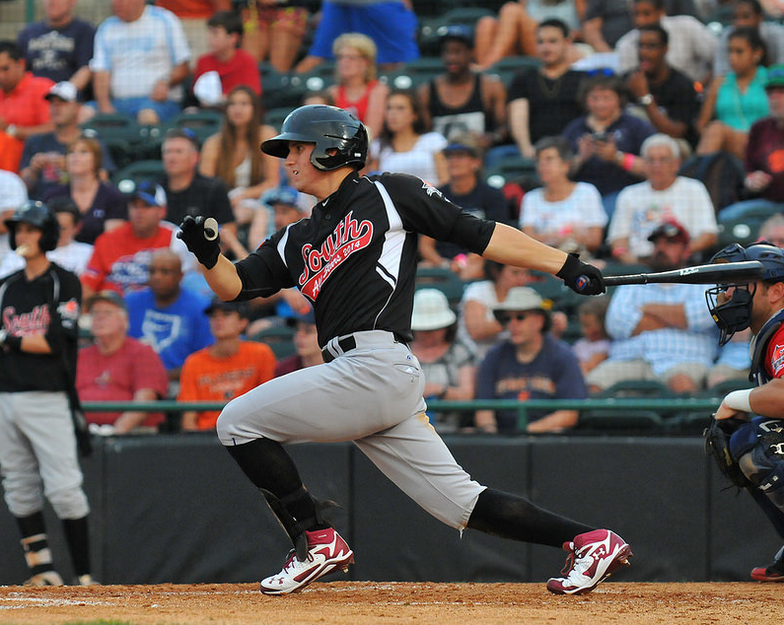 Luis Cessa was fine enough to capitalize on a fifth-inning Gavin Cecchini grand slam -- the second of his pro career -- to ride this game to victory. While I was certainly never driving the Cessa bandwagon, at this point I'd say that I'm officially pessimistic about his chances. Same old flaws that have always bugged me -- too many hits, not nearly enough strikeouts. We've always been impressed with the stuff, but at this point if he makes it -- in any role -- I'd be pretty surprised. 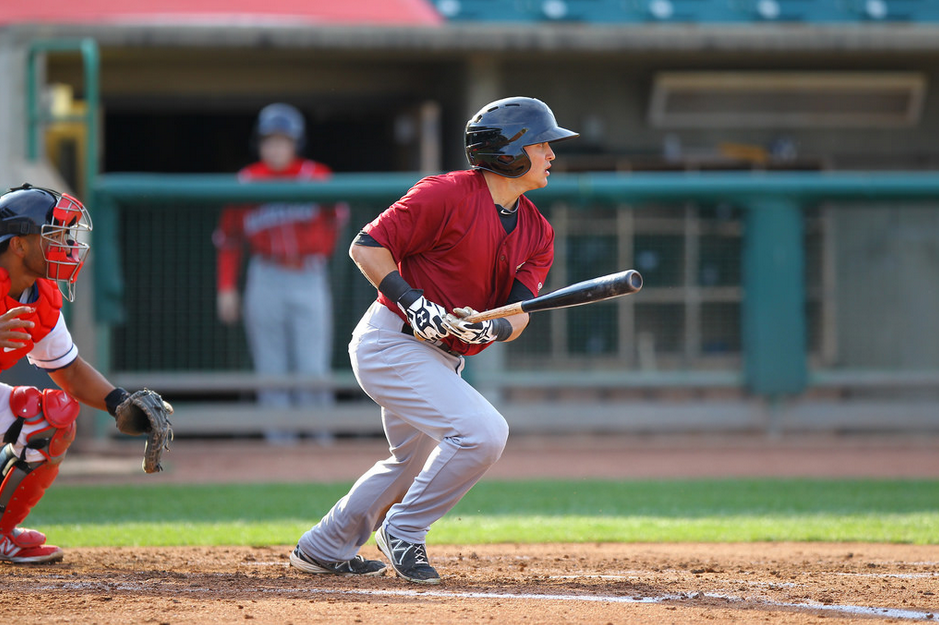 The Gnats leveraged a nice, balanced attack that saw them score in six of their eight frames as they took this one is a game that wasn't even as close as the score indicates. Even more amazingly, they somehow scored ten runs without a single homer and only two extra base hits. Organizational stopgap Alex Panteliodis shined in another effort that showed us that he doesn't belong at this level -- but doesn't really fit in anywhere else.

Additionally, let's take note of Dom Smith who has been pretty much tearing it up of late. Forget about the fact that he's batting .462 over his last ten games; we knew he could put bat to ball. I'm far more encouraged by that .441 slugging percentage since June 1st, as he learns to not just make contact but drive the ball. At this point he's roughly hitting for about as much power as fellow lefty Brandon Nimmo did in Savannah -- but a year younger. I suppose it was easy to be a little nervous about Smith early on based on the lack of positional value; but he's showing us that there's plenty in that bat to feel good about. 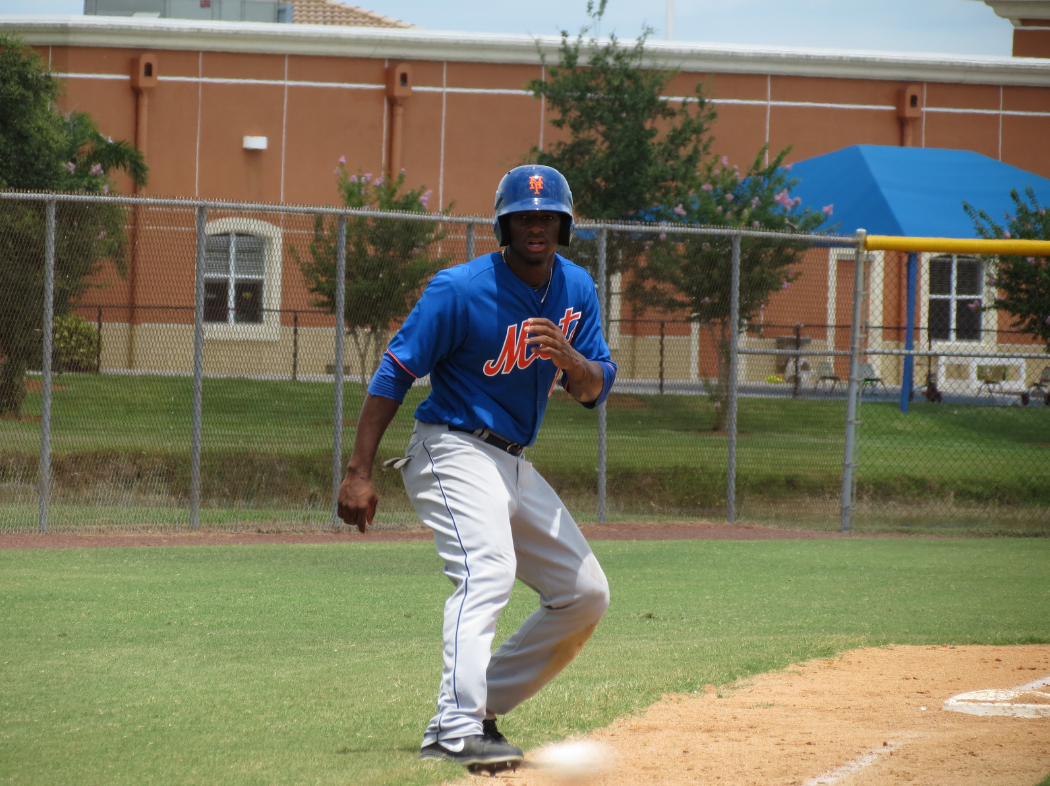 Kingsport had to go and ruin a near system sweep by getting double-up in this one. Three errors didn't help, nor did five earned out of the bullpen from Ramon Estevez. Boo.

RF Wuilmer Becerra: 0-3, R, BB, K; Batting .263 with a homer so far. Obviously still early for a kid that hasn't turned 20 yet -- but long-term he's a corner outfielder and in his third year in pro ball we're still waiting for a sign that there's enough hiding in that bat to make that profile work. I'm pessimistic. 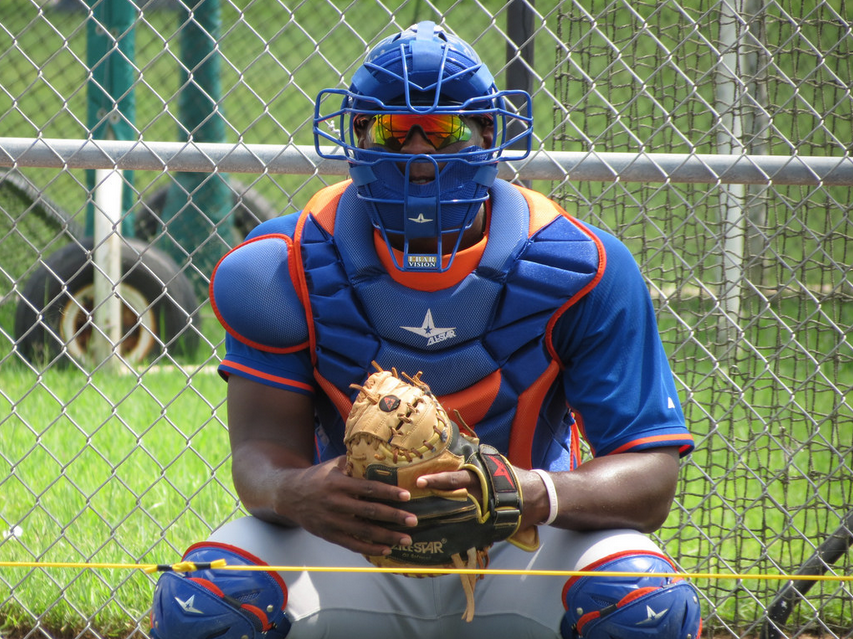 Logan Taylor was good...again. The 22-year-old 2012 11th-rounder out of a tiny college in Oklahoma has looked very strong through three starts, allowing just two runs, total, with 16 strikeouts in as many innings. I'm still watching him closely as a nice, long-term sleeper. At 6'5", 230 lbs he's got plenty of physicality and the stuff is already pretty good -- he just has to find a way to stay healthy.

With the first multi-homer game of his career, let's go with Binghamton's Kyle Johnson. Eat it, Collin Cowgill!

Let's go back to the sole losers of the night -- Kingsport and their shoddy defense gets the horns.