Mets Uniform Review is celebrating the country in "style"

America's birthday was last week, and that made for some interesting uniforms for the Amazins and their friends.

Share All sharing options for: Mets Uniform Review is celebrating the country in "style"

Remember when Independence Day was just about beer, barbecue, and baseball? Man, those were the days. I mean, July 4 is still about all of those things, but lately we've had to add ugly hats to the list. Also, there's those fireworks that terrify my dog. I guess in the end the holiday is still a great deal, and is there anything more American than making players where a strange hat for merchandising purposes? 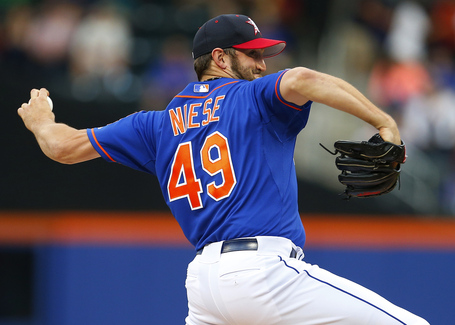 In the recent past, MLB has trended towards military-themed apparel for Independence Day, but in 2014, they've decided to go back to hats that are colored like the American flag. I wasn't a fan of those a few years ago, and I'm still not a fan now. National League teams wore navy blue hats with a red brim and American League teams wore red hats with a navy brim. This looked great on teams like the Red Sox and Twins, but on the Mets, the caps looked out of place.

Would it be that terrible for the holiday hats to actually be in matching team colors? You could still have stars and stripes to celebrate America, but maybe the Mets could have a royal blue hat to at least match their uniforms? We'll have to wait until next year. 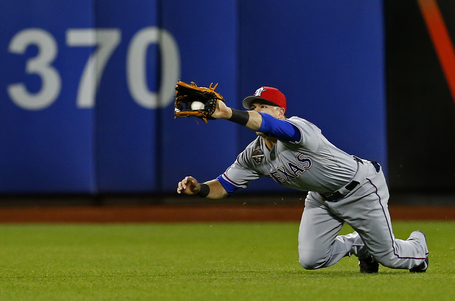 The Rangers' uniforms matched the American theme much better than the Mets' did. The team could have done a lot better, though. Texas knew it was going to be wearing red hats in New York for at least a month or so. Why not pack the matching red alternates to wear with the red hats? The Rangers normally only wear red at home, but I think they could have made a special exception for America. 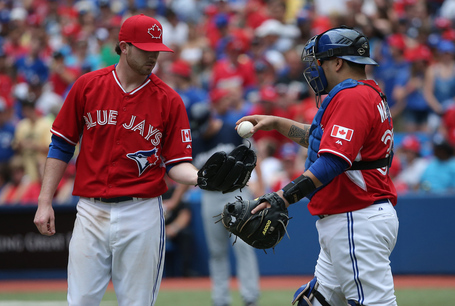 Not only was Independence Day last week, but Canada Day as well, and that meant patriotic jerseys for the Blue Jays. Normally the only red part of Toronto's uniforms is the maple leaf on the logo, but the team goes all out for Canada Day with red jerseys and maple leaf caps.

Well, they almost go all out. I can understand not red chest protectors and red helmets on a team that normally wears blue all the time, but I don't think it would be too crazy for the Blue Jays to wear red undershirts for one game. 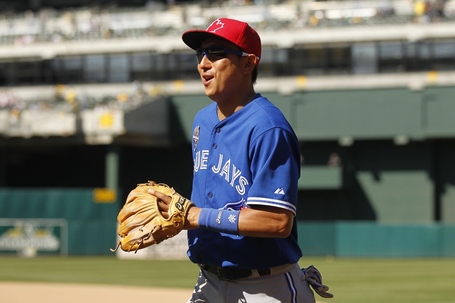 Just in case you were wondering (like I was) what the Blue Jays wore on July 4, they sported their red Canada Day hats with their blue alternate jersey. This brought to my mind some questions. Should Toronto have bothered wearing the holiday hat on an American holiday? Should the Blue Jays be issued an independence Day hat like the other 29 clubs since they have a roster stocked with Americans and are always on the road on July 4?

Obviously such a hat wouldn't have much appeal with Blue Jays fans, so I guess that answers that. Just for the record, though, if the Mets found themselves playing in Toronto on Canada Day, I wouldn't mind seeing a special Canada Day Mets hat (especially if Jason Bay was still on the team). 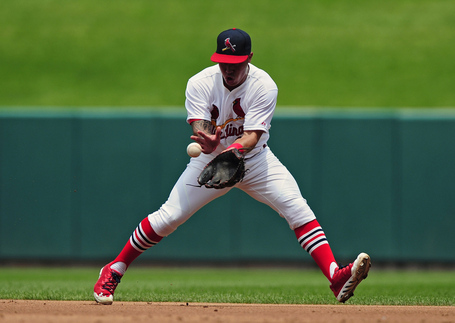 First of all, great socks, Kolten Wong. Second, I'm not sure why the Cardinals keep wearing these alternate hats on Sundays. The birds on the bat look great on the St. Louis jersey, but on a hat? It doesn't have the same effect. And I'm not a stickler for having letters on hats, either. I think the Blue Jays and Orioles have great looking caps, so maybe just the head of the Cardinal would be more appealing to me? I'm not sure. I just know that the Cardinals look better wearing one of their classic "StL" hats.