A closer look at Travis d'Arnaud's defense, framing, and blocking

While Travis d'Arnaud struggles with controlling the running game and pitch blocking, his pitch framing has been valuable this year.

Share All sharing options for: A closer look at Travis d'Arnaud's defense, framing, and blocking

Watching Travis d’Arnaud lately has been quite enjoyable for Mets fans. Since his return to the majors on June 24, he’s hit .271/.315/.489 with six home runs, good for a 126 wRC+. But his defense on the year still looks poor. He’s given up 11 passed balls—most in the majors—and has a mediocre 20.8 percent caught stealing rate that ranks 59th.

But these are only two facets of catching, and relying solely on traditional counting stats and the eye test to judge defense is highly questionable. So how does d’Arnaud actually stack up? To answer this question, we’ll need to dig a little deeper than we would for other positions. Because DRS and UZR are both essentially useless for judging the defensive performance of a catcher, younger and more complex metrics must be used to characterize defensive performance behind the plate.

One important element of catching that is not captured by the traditional statistics is framing. Research in the last few years has begun to show just how important this skill is to the game, with new metrics springing up to measure it. Mike Fast’s 2011 article from Baseball Prospectus is a great read on the subject. According to StatCorner’s methodology, d’Arnaud's pitch framing rates 12.0 runs above average (RAA), good for 7th in the majors. Jose Molina, a noted defensive wizard behind the plate, comes in at 13.3 RAA. This methodology paints d’Arnaud as a borderline elite pitch framer. 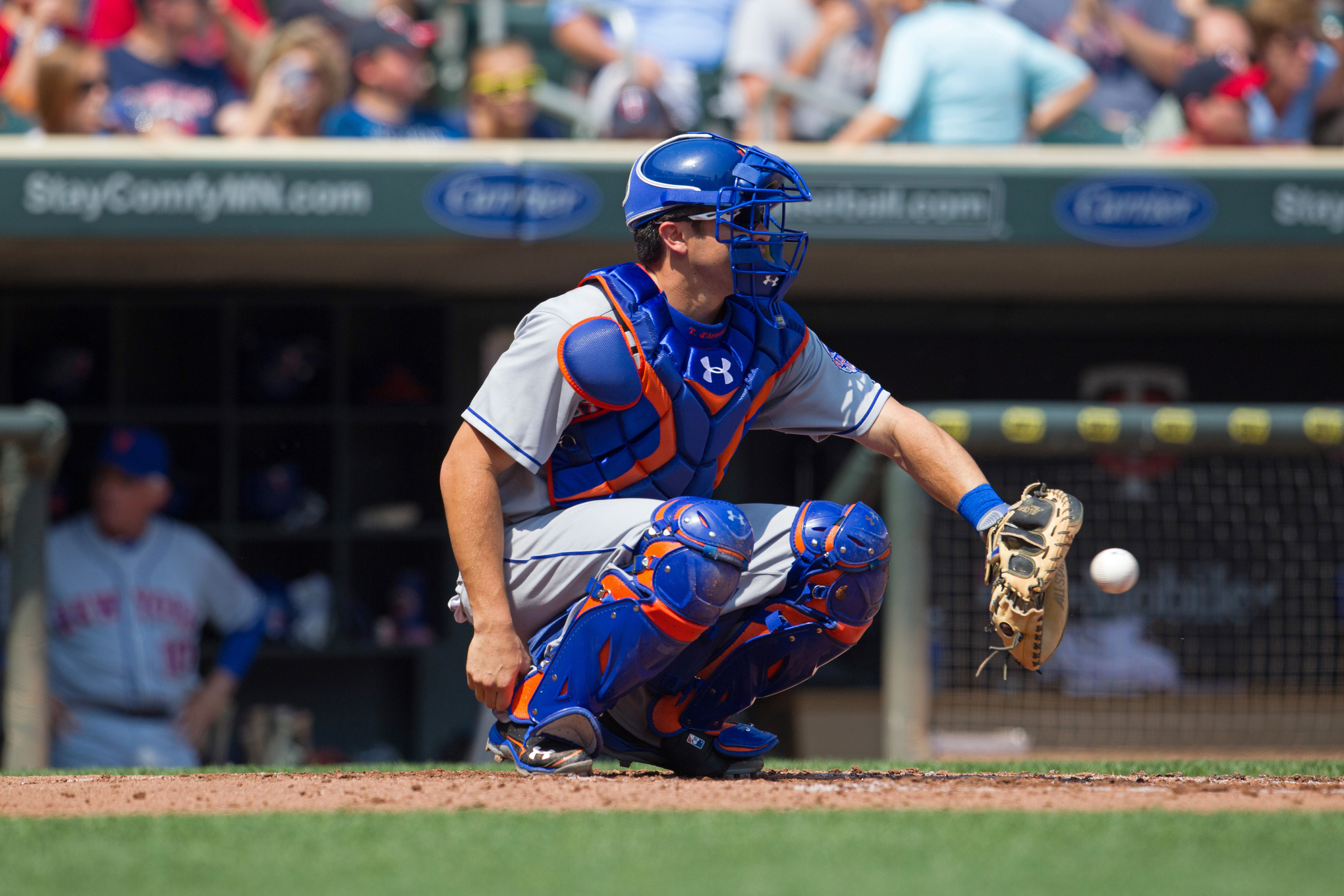 On the other hand, Baseball Prospectus utilizing a "regressed probability model," is not quite as fond of d'Arnaud, ranking him 11th when using the count to contextualize strikes added. Interestingly enough, d’Arnaud falls all the way to 23rd when the context neutral variant is used, which seems to indicate that he is a ‘clutch’ framer. These metrics are still too young to determine whether this ‘clutch’ skill is sustainable, but perhaps d’Arnaud is just much better at pulling in those borderline strike-three calls. Interesting statistical trivia aside, Baseball Prospectus views d’Arnaud as a good catcher, but not quite as good as the near elite interpretation from StatCorner.

Wheeler could be great with improved changeup

The young right-handed pitcher has been good lately, but he could be even better if his changeup becomes more effective.

Which Mets are hitting well in the clutch?

Using a stat called RE24, we look at how the 2014 Mets are hitting in clutch situations.

Wheeler could be great with improved changeup Which Mets are hitting well in the clutch?

Baseball Prospectus also provides a more accurate method of judging a catcher’s skill at blocking pitches. Unfortunately, d’Arnaud grades out as poorly in this metric as one would expect, coming in at a whopping –3.7 runs saved, good for 88th on the leaderboard and only ahead of well-known butchers Evan Gattis and Wilin Rosario. In this case, advanced metrics confirm the conclusions of the eye test, and show that d’Arnaud really couldn’t be much worse in this department.

Now, by combining the two run added values for framing and blocking from Baseball Prospectus, we can get a clearer picture of a catchers total defensive value. When using the sum of these values as the sorting criteria, d’Arnaud comes out as the 14th-best defensive catcher in baseball with a total of 7.5 runs added. By these metrics, d’Arnaud’s pitch framing is more than valuable enough to make up for his poor blocking skills at the plate.

Travis d’Arnaud is not good at blocking pitches and is mediocre at controlling the running game. He’s also a pretty great pitch framer. Unfortunately, neither Baseball Prospectus nor StatCorner offers a method of contextualizing caught stealing percentage in terms of runs, meaning there is no way to factor it into the calculation and produce one neat statistic to by which catchers can be judged. Regardless, d’Arnaud’s 7.5 defensive runs added should help put the defensive questions about him to rest.