Mets vs. Nationals Recap: If only the rain had come through earlier

The Mets lost to the Nationals by a wide margin on Tuesday night.

Share All sharing options for: Mets vs. Nationals Recap: If only the rain had come through earlier

The highlight of the Mets’ series opener against the Nationals might have been the brief rain delay in the third inning. With Rafael Montero back in the big leagues after spending the past few months with Triple-A Las Vegas, the Mets lost in blowout fashion. 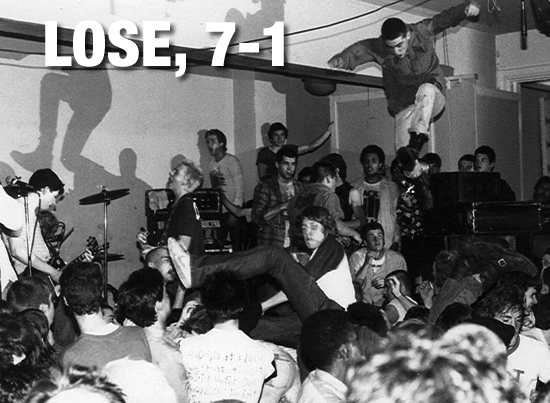 After a scoreless first inning for Montero and Nationals starter Doug Fister, Montero gave up the first two runs of the game in the top of the second. He walked Ian Desmond to lead off the frame, and Bryce Harper lofted a pitch to left field that cleared the fence by a larger margin that it seemed it would off the bat. The Nationals were up 2-0, and with Fister on the mound, the game was well on its way to being over.

As Fister kept putting up zeroes, Montero matched him in the third, fourth, and fifth innings. There was a 25-minute rain delay in there in the top of the third, too, though both starting pitchers remained in the game. But Montero got into home run trouble again in the top of the sixth. Anthony Rendon started the inning with a solo shot, and after Adam LaRoche drew a walk, Ian Desmond hit a two-run home run. The Nationals were up 5-0, and Terry Collins pulled Montero from the game.

Carlos Torres notched an out before yielding a single to Wilson Ramos and serving up a two-run home run to Michael Taylor, who was making his major league debut. With the score 7-0, the game really felt like it was over.

From there, the Mets’ bullpen didn’t allow another run, as Torres got through two innings in total without more damage, and Buddy Carlyle and Dana Eveland threw a scoreless frame apiece. The Mets’ closest thing to a comeback came in the bottom of the eighth, as they loaded the bases with nobody out on two singles and a hit-by-pitch. Unfortunately, they scored just once on a one-out sacrifice fly by Eric Campbell.

In total, Montero gave up five runs on seven hits in five-plus innings. He struck out four and walked two, but clearly the three home runs he allowed were the most significant of his struggles. Of his 101 pitches on the night, 61 were strikes. And in his first five major league starts, he now has a 6.12 ERA and 7.17 FIP. There should be better days ahead for the young hurler, but that time has not come yet. 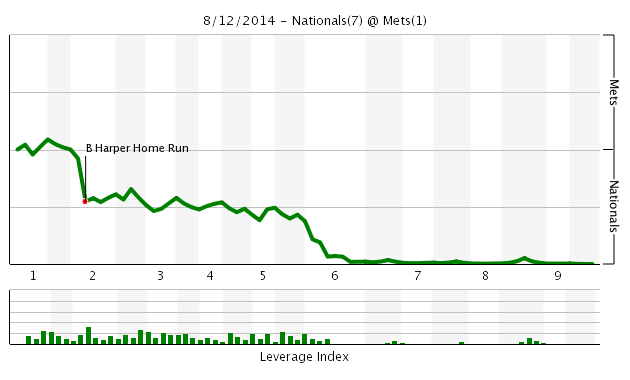