At least it was quick.

The Mets’ anemic offense showed up again at Citi Field on Friday night, as the team managed just a pair of hits against Ryan Vogelsong, who threw a complete game against them. One of those hits was a solo home run by Lucas Duda in the eighth inning, but by that time, it was too little, too late. 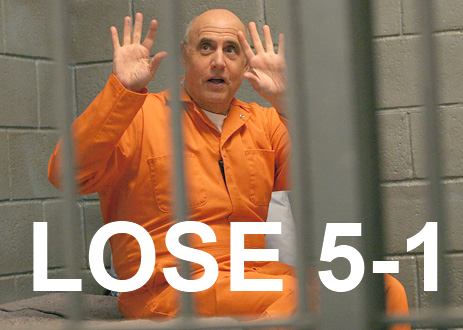 As the Mets’ offense did nothing, Jon Niese had a pretty quirky start. He gave up five runs but managed to throw eight innings and took the mound for the ninth before Terry Collins turned to the bullpen. In the second inning, he got into trouble after giving up a leadoff double and, on the comebacker that followed, botching a throw to second base that would have retired the runner caught between second and third.

So the Giants had runners on the corners, and Brandon Crawford singled off Niese to plate the first run of the game. And after a sacrifice bunt by Vogelsong, the Giants scored another run as Hunter Pence grounded out. Unfortunately, that was more than enough for the Giants to top the Mets.

Neither team did much of anything at the plate from then until the seventh inning, which led to an incredibly quick game. But Niese gave up three more runs in the seventh. He retired the first batter he faced, but Crawford tripled, Niese hit Vogelsong with a pitch, and Pence tripled to plate both runners. Matt Duffy tacked on a run-scoring single to make it five-zip Giants.

The only highlight of the evening was the aforementioned Duda home run, his twentieth of the season. It was an opposite field shot, which is always nice to see, and The Dude is having quite the year ever since taking over as the team’s primary first baseman. 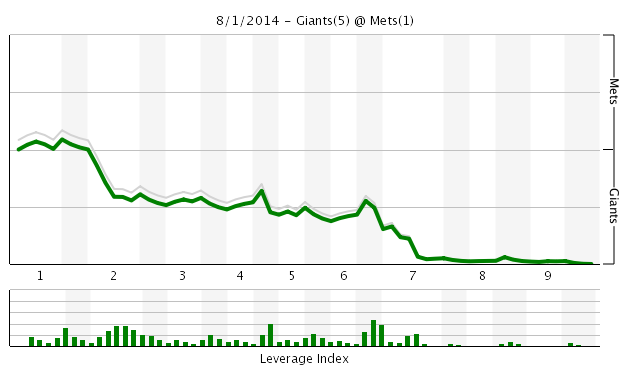