The first of a four-part series looking at how Mets fans and fans of other teams perceive the team, its management, and its players.

Share All sharing options for: The Perception Gap, Part 1: How Mets fans, other fans see Sandy Alderson and Terry Collins

Being a baseball fan demands a certain level of commitment and willingness to put your happiness in the hands of your favorite players on an almost daily basis. Being a New York Mets fan takes a devotion that has either been passed along through familial ties or comes from your at times masochistic tendencies of rooting for the underdog.

Mets fandom encompasses a wide range of emotions on a daily basis, from disgust, relief, agony, suffering, and hope to happiness. Like any fan base, Mets fans enjoy expressing their strong opinions, which are generally directed at a player or management. These opinions, which are generally critical and foreboding can quickly turn protective if fans perceive that an outsider is unfairly critiquing their team.

Fans are protective yet critical, hopeful yet pessimistic. But how does the way Mets fans see their team compare with how other team's fans see it?

In the first part of a four part series, I asked Amazin' Avenue and other writers who cover the Mets for their opinions on Mets players and personnel and compared them to the opinions of writers and editors of twenty other SB Nation baseball blogs and national baseball writers from NBC Sports, Grantland, and Sporting News.

I asked them to rate hitters, pitchers and management on a scale of one to ten, with ten being the highest, basing these rating on how good they thought each player or personnel was. They also gave the first thought that came to mind for each person. Today, we look at Mets general manager Sandy Alderson and manager Terry Collins. 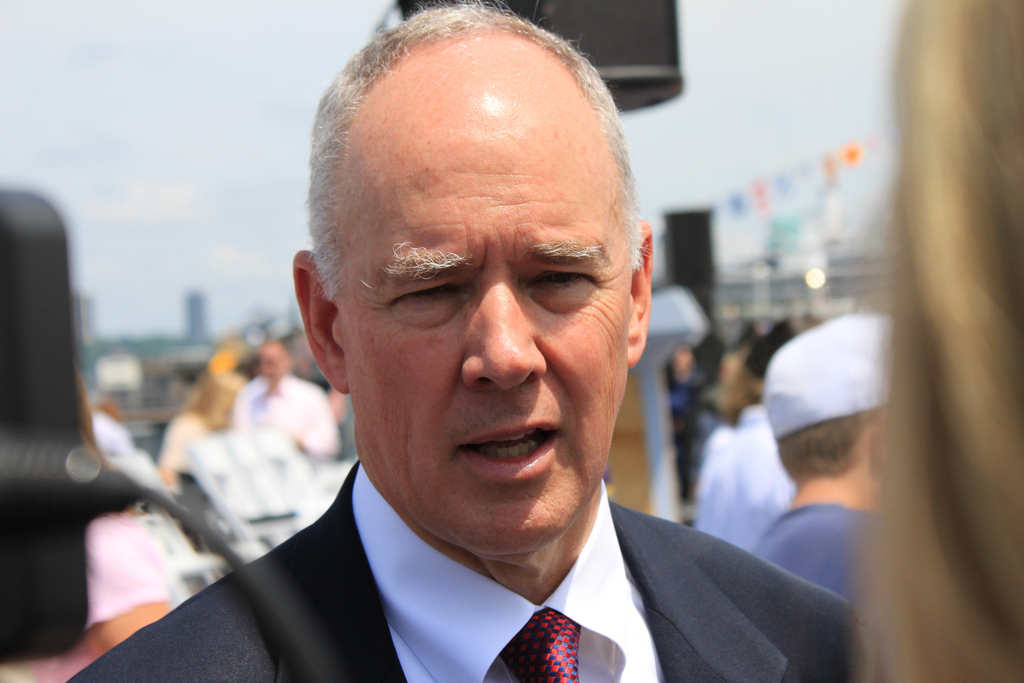 General managers are an easy target for fans. Whether they make a bad trade, sign a bad contract, or struggle to develop talent they must ultimately take responsibility for the entire team's performance. Sandy Alderson has been no different, often criticized for a lack of spending and the Mets' run of losing seasons. However, his legacy will likely rest in how the farm system he has built from the ground up contributes on the major league level in the coming seasons.

"Has missed a few of his big expenditures, but he has delivered with trades and under-the-radar signings while turning the farm system into one of the best in the majors." —D.J. Short (NBC Sports)

"Caged genius, considering how much harder the Wilpons and their financial situation make his job to be." —Huy Nguyen (Amazin' Avenue)

"Would rather make his point than make the sale. (See: Young, Chris)" —Nic Tatano (Amazin' Avenue)

"They said he couldn't rebuild in New York, and he rebuilt in New York." —Aaron Yorke (Amazin' Avenue)

"He was Moneyball before Moneyball existed." —Jonah Keri (Grantland and Five Thirty Eight)

"The man has gravitas and a proven track record and seems to have the Mets headed in the right direction despite difficult circumstances." —Max Rieper (Royals Review)

"He's got good ideas about how to build a winner but I wonder if ownership will step up with the money to see the plan through." —Jesse Spector (Sporting News)

While both Mets fans and fans from across baseball acknowledge the fiscal limitations ownership has seemingly placed on Alderson as an important barrier to his success, Mets fans in particular seem very happy with the job he has done. The word genius is even thrown around more than once, as Mets fans seem pleased with the farm system Alderson has built and the overall direction of the team.

The non-Mets fans opinions of Alderson are mixed, with a handful in the camp that he has done a mediocre to poor job. However, others praise him for the deals he has made and for doing a decent job overall. Some who give Alderson very high ratings give him a lot of credit for the work he had done in the past, specifically with the Athletics. 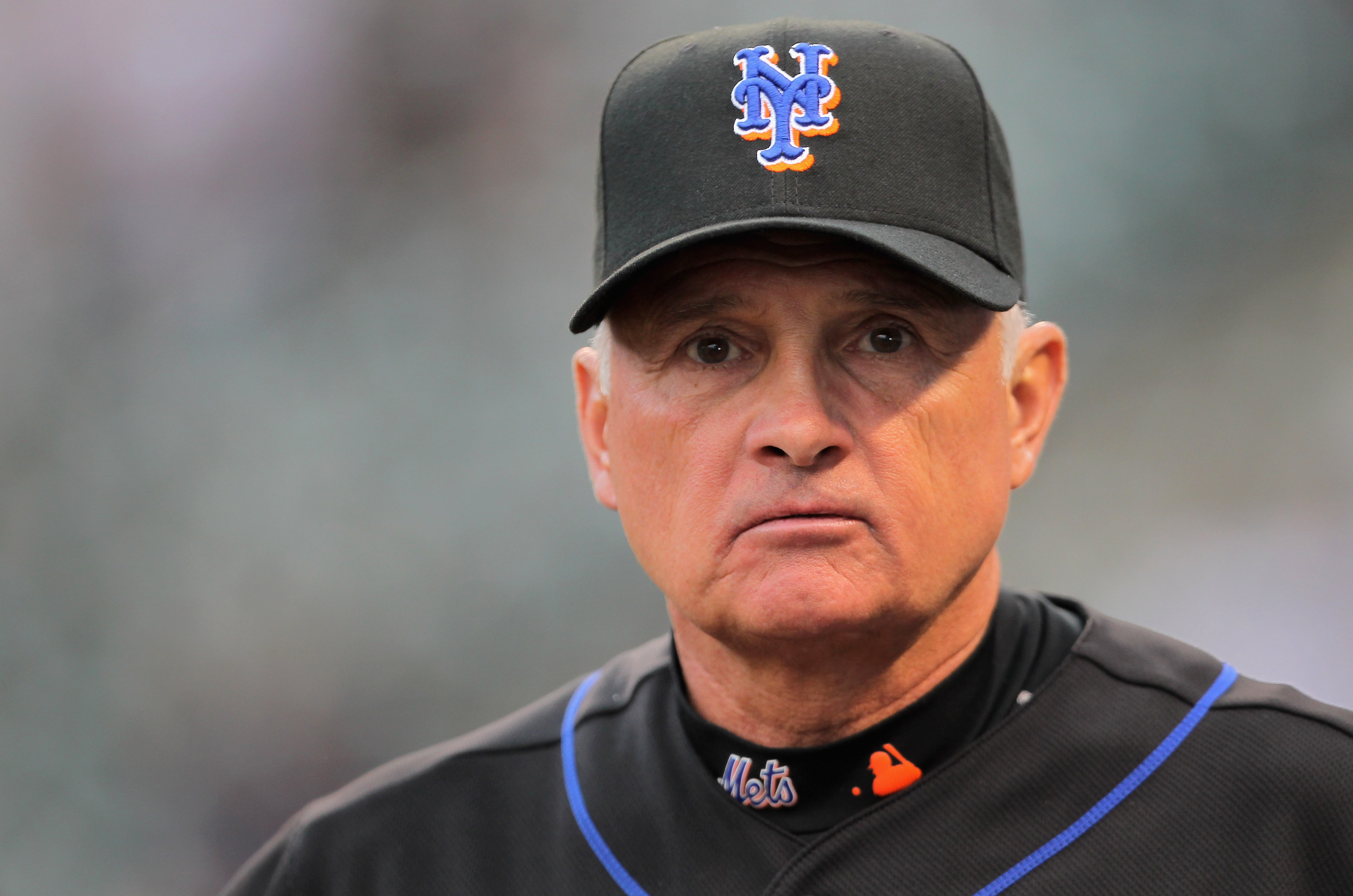 The importance of a manager on a baseball team is debatable, but regardless of their influence, managers are the people in front of the media before and after every game. Terry Collins has managed to stay under the radar for the most part, aside from the common questions about bullpen misuse and the occasional oddly-timed bunt. Aside from the strategical side of the job, the Mets seem to be a generally harmonious group, though with a lack of success in his fourth season at the helm, fans can get restless.

"Has done a fine job with the (mostly) mediocre major-league talent he's been given." —D.J. Short (NBC Sports)

"Terry's lapses in judgment are rarely severe enough to actually cost the Mets wins, and for the most part he seems to have an appropriately positive, energetic demeanor." —Nathan Gismot (Amazin' Avenue)

"While he was trying to figure out if the glass was half full or half empty, someone drank the water." —Nic Tatano (Amazin' Avenue)

"Mets players seem to like playing for Terry Collins and the clubhouse has mostly been controversy free in his four seasons, which is a lot more important than people give credit for, but his often confusing strategical moves weigh down the overall grade." —Steven Schreiber (Amazin' Avenue)

Comments behind the numbers:
"While he's the right guy for the job at this stage of the rebuild as a teacher, it's probably somebody else in charge when the Mets put it all together." —Jesse Spector (Sporting News)

"Smart baseball man who's influenced leading figures such as Joe Maddon, but might not look as progressive today as he did when he broke in as a manager." —Jonah Keri (Grantland and Five Thirty Eight)

"The fact that he's the manager of a bad team and I never hear anything about him tells me it's unlikely that he's any better than his club's performance." —Alex Hall (Athletics Nation)

Though Terry Collins got the lowest ratings of any player or personnel surveyed, it seems to speak more to the team's lack of success and a general malaise when discussing MLB managers than an indictment of his ability. With that said, the highest praise Collins receives from anyone is "he has done a fine job," which is far from a ringing endorsement.

Many Mets fans allude to what they see as a mediocre performance, with some mentioning the need to hire a new manager, especially in time for the team's next playoff run. Many non-Mets fans remember and judge Collins's struggles and fiery personality earlier in his career when he managed the Angels and Astros more than his time with the Mets. Overall, there was a clear "meh" vibe around the Mets' skipper, and the nearly identical average rankings seem to indicate few strong opinions either way.