How are these three positions players viewed?

In part two of this series, we take a look at how Mets fans and non-Mets fans see three of the team's players: David Wright, Daniel Murphy, and Juan Lagares. Yesterday, we looked at the difference in perception between those two groups regarding Terry Collins and Sandy Alderson. For this series, writers from Amazin' Avenue, twenty other SB Nation baseball blogs, and prominent national baseball outlets were asked how they perceive the Mets by rating them on a one-to-ten scale and wrote the first thing that came to mind about each person. 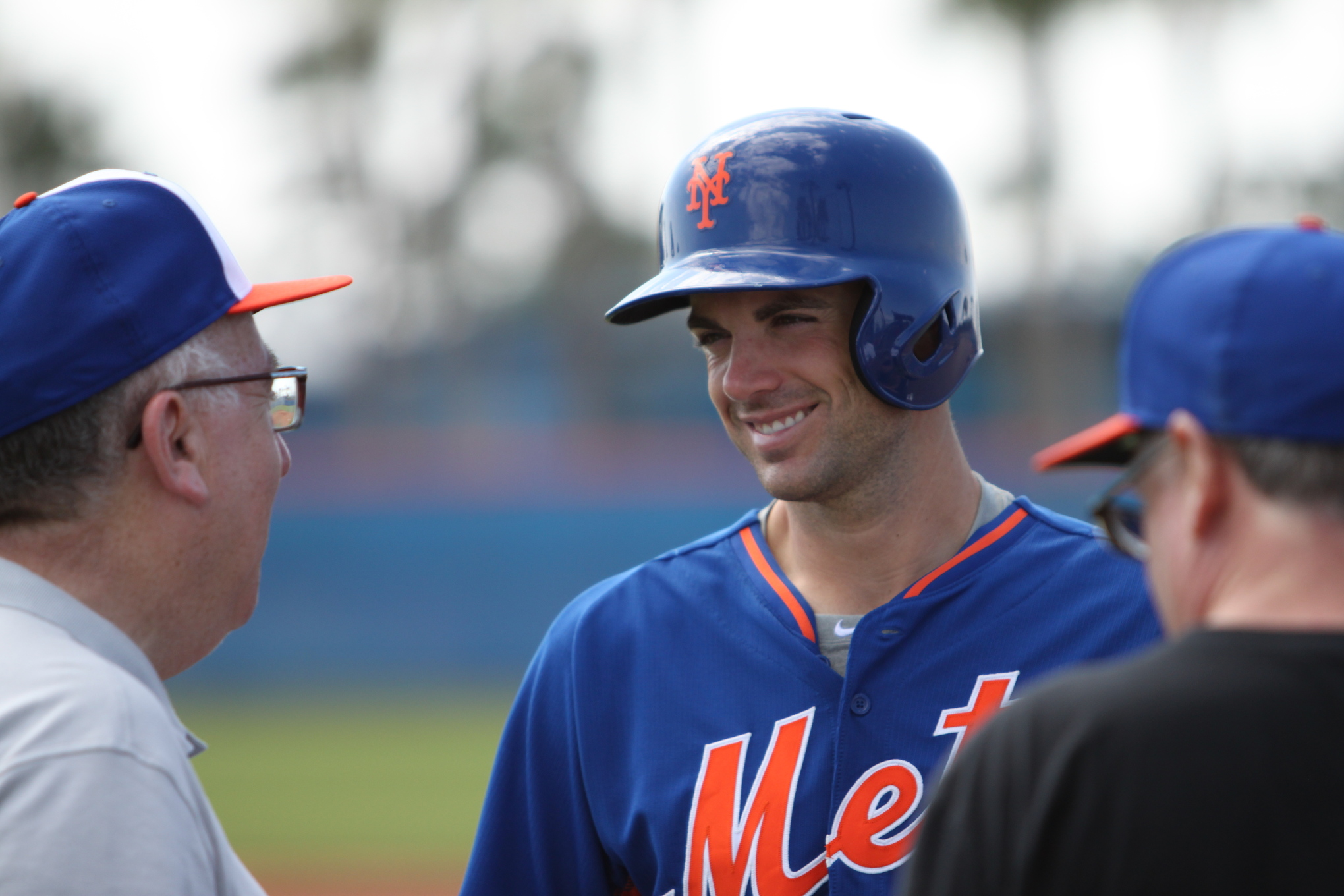 The Mets' captain has been a stalwart at third base for over a decade and is well on his way to holding every major Mets offensive statistical record. A fan favorite and perpetual All-Star, Wright's performance has fluctuated over the past five seasons—including this season, in which he has struggled mightily. With a large contract in hand, his recent struggles have many worried what the upcoming years hold for the face of the franchise.

"He might be in a career decline phase, but the overall trajectory of the career still leads to Cooperstown." —Rob Castellano (Amazin' Avenue)

"I was happy to see the Mets sign him to an extension, but I hope we're not seeing the beginning of his decline." —D.J. Short (NBC Sports)

"I'm very, very worried about the numbers he has compiled this year." —Adam Walsh (Amazin' Avenue)

"A shell of Wright is better than most third basemen at their best; he's earned the Jeter treatment for his decline years." —Joe Lanek (Gaslamp Ball)

"I'm a huge Wright fan, but he's certainly been worrisome this year, and given his age and contract, his value is significantly lower than it was at this point last year." —Matt Collins (Over the Monster)

Unsurprisingly, Mets fans give Wright very high ratings and nearly all of the writers who responded reference how much he means to the team and their appreciation for him as a player. A handful mentioned his struggles this season but hope he can turn things around. In the end, it is nothing but love for the Mets' captain.

While non-Mets fans don't rate Wright as highly, there is still a level of reverence, as most mention a high level of respect for his long and successful career. Whereas Mets fans seem less worried about his struggles this season, opposing fans seem more concerned, wondering if he is entering the downward slope of his career. Many also highlighted his contract as a worrisome factor as he gets older. 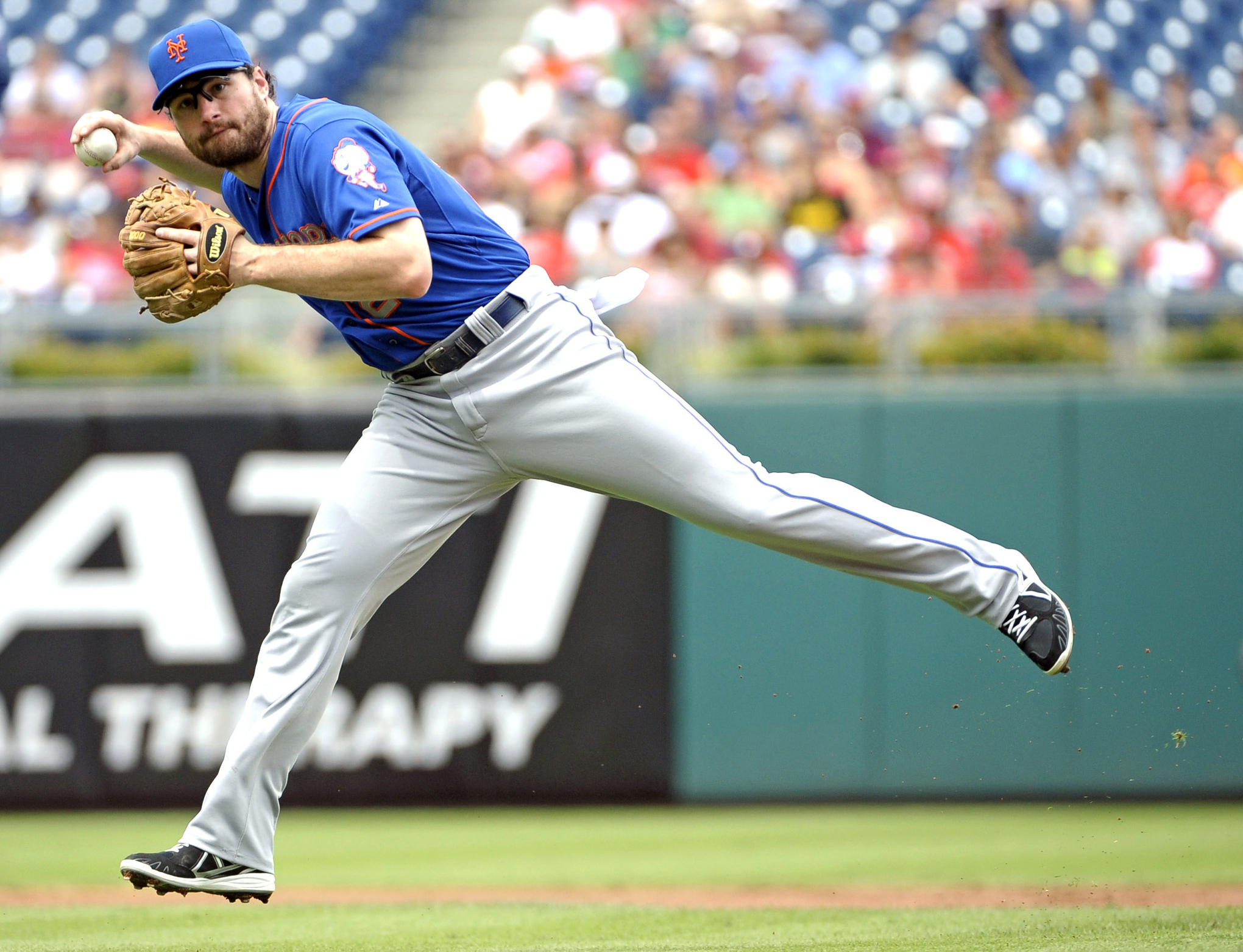 Throughout his career, Murphy has battled injuries and struggled to find his position, but he has worked hard to turn himself into a good major league player. While his defense can still leave something to be desired, it's hard to argue the success he has had at the plate. While Murphy has been a good hitter for years, he has never been too well known, but this may have changed following his first All-Star game appearance.

"He is the best all-around hitter on the team and I shudder to think of where the Mets would be without him and the stability he brings to the lineup." —Adam Walsh (Amazin' Avenue)

"The bat is strong and he's done a great job of turning himself into a playable second baseman but his range at the position still leaves some to be desired." —Steven Schreiber (Amazin' Avenue)

"Murphy is at the peak of his value, and for all the talk about trading young pitching for a bat, I would use him to try to get a more complete, younger player into the system." —Jesse Spector (Sporting News)

"Extremely underrated player for most fans of the league." —Scott Cooke (Bluebird Banter)

"Consistent, solid, the A's would kill to have a guy like him at second." —Jonah Keri (Grantland and Five Thirty Eight)

"Possibly one of the more underrated players in baseball, maybe because I never know if he's David, Daniel, or Donny." —Grant Brisbee (McCovey Cronicles)

"Murphy seems pretty unexciting, then you look up and he's sliding into second base." —Joe Lanek (Gaslamp Ball)

Mets fans and others agree on one thing: Murphy can hit. Aside from that, the comments about Murphy run the gambit from "which Murphy is that?" to "he's the best hitter on the Mets." The fact that the average ratings of both groups surveyed are nearly identical comes as somewhat of a surprise. Many Mets fans mention a level of respect for how hard Murphy has worked to improve, specifically in the field with most opposing fans noting that he is a very solid player. Fans from multiple competing teams regret that their teams did not make a move to trade for Murphy at the deadline.

This season's All-Star appearance and the subsequent trade rumors likely did a lot for Murphy's recognition around the league. A few comments mention they can never tell Daniel, David and Donnie Murphy apart, but this kind of comment would likely have been much more common at this time last season. 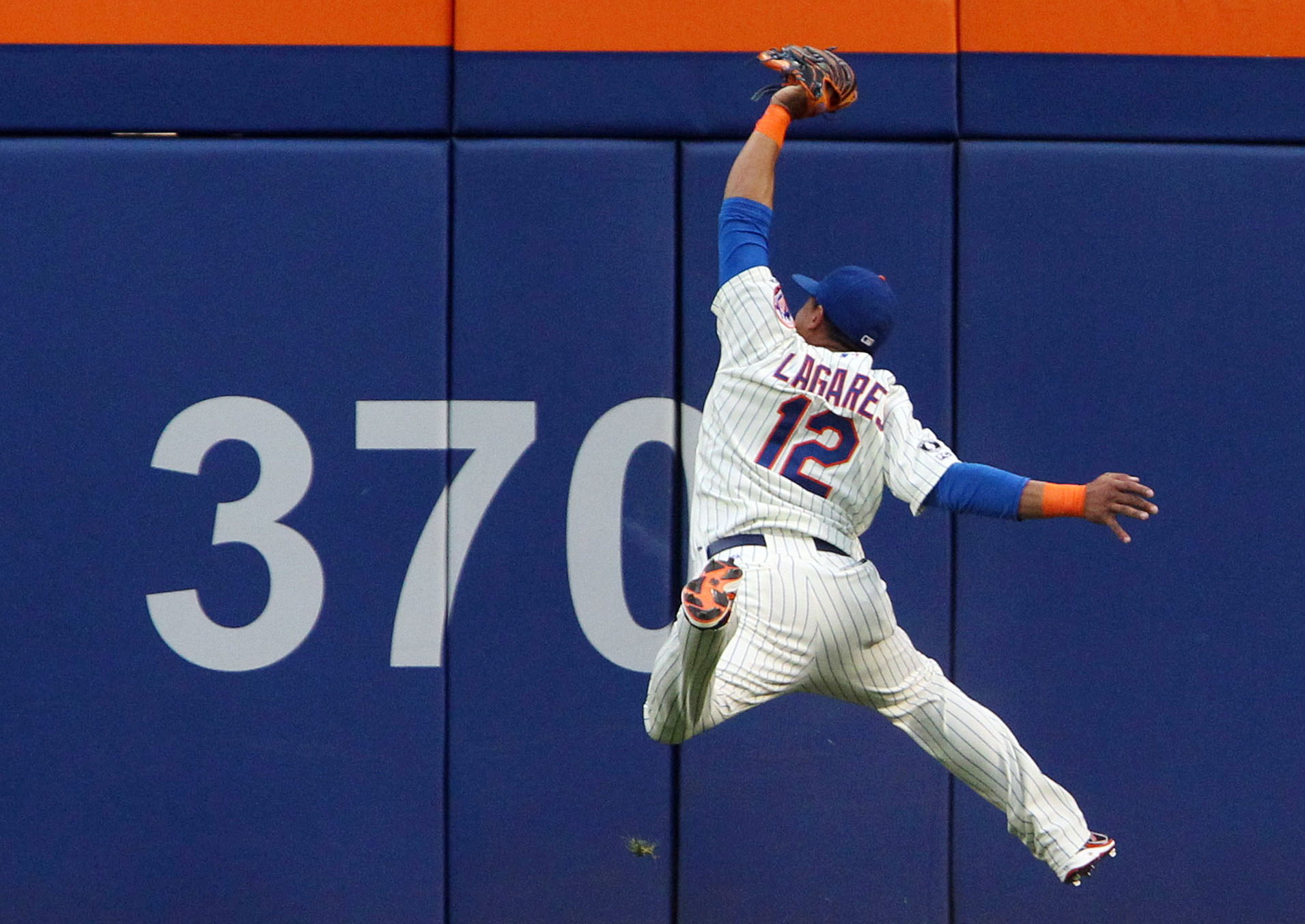 Never thought of as a big-time prospect, Lagares opened fans' and opponent's eyes with spectacular defense during his first season with the Mets. Now well into his second season, he is already considered one of the top defensive players in the game and has shown some flashes of success at the plate. While he has been inconsistent, his numbers have improved from his first season, and he seems to have the potential to improve even more in the coming years.

"You could maybe make a case for Carlos Gomez, but I think Lagares is the most exciting defensive outfielder in the sport." —D.J. Short (NBC Sports)

"Defensive wizard whose glove alone is worth playing everyday in center; has shown flashes early on in the season and still has lots of room to grow with the bat." —Huy Nguyen (Amazin' Avenue)

"Lagares is probably the most exciting player on the Mets right now, and if he can even marginally improve his offense...wow." —Nathan Gismot (Amazin' Avenue)

"One of the best outfielders in all of baseball." —Scott Cooke (Bluebird Banter)

"Man, if he could take a few more walks ..." —Tyler Drenon (Royals Review)

"One of those players whose flaws get exaggerated, and his strengths ignored; the LL [Lookout Landing] community coveted him for some time before Austin Jackson arrived." —Patrick Dubuque (Lookout Landing)

"Glove-first player who would rank higher if I trusted a) his ability to be a league-average hitter, b) defensive stats that say he's Willie Mays riding a falcon." —Grant Brisbee (McCovey Chronicles)

Just as everyone praised Murphy for his offense, Lagares received glowing reviews from nearly everyone about his defense. This was especially true for Mets fans, who rated Lagares significantly higher than non-Mets fans. The majority of Mets fans are also holding out hope that his bat will still develop and believe he has a place in the outfield for years to come.

While non-Mets fans have a certain reverence for Lagares' defense, there is more variance among the opinions. With that said, in a short amount of time Lagares is a name that is popping up on opposing team's radars, and that says something about the impact he has had.