Mets could go with Bobby Parnell, Jenrry Mejia, or Jeurys Familia as closer in 2015

A suddenly strong bullpen has given the Mets reason to feel confident late in games, but who will ultimately emerge as the closer?

Share All sharing options for: Mets could go with Bobby Parnell, Jenrry Mejia, or Jeurys Familia as closer in 2015

When Bobby Parnell took the mound for the Mets back on Opening Day without his upper-90s heat and ultimately blew the save, the diagnosis of a torn elbow ligament a few days later came as no surprise. After experimenting with veterans Kyle Farnsworth and Jose Valverde in the ninth inning with less-than-stellar results, New York decided to move Jenrry Mejia into the bullpen and eventually the role of closer.

Like the Mets themselves, many of the team's beat writers are already looking to 2015 and beyond. Michael Fensom of The Star-Ledger opines that Mejia's constant maladies have turned the ninth inning into a mystery for New York moving forward.

Newsday's Marc Carig also wonders who will close for the Mets in 2015. When asked about the ninth-inning role, Collins—whose own status for next year is still a question mark—threw his former closer a bone.

"When Bobby Parnell comes back, he will be pitching during his rehab as if he's the closer, because that's...certainly in our plan when he gets back."

The general rule of thumb is that established players don't lose their jobs to injuries, a rule that is often broken in professional sports. Parnell was excellent in his first year as a closer in 2013, posting 22 saves in 26 opportunities along with a 2.16 ERA (2.33 FIP) and a WHIP of just 1.00 in 50 innings. However, his absence in 2014 has opened the door for Mejia and quite possibly Jeurys Familia to be the ones who shut the door for the Mets in 2015. 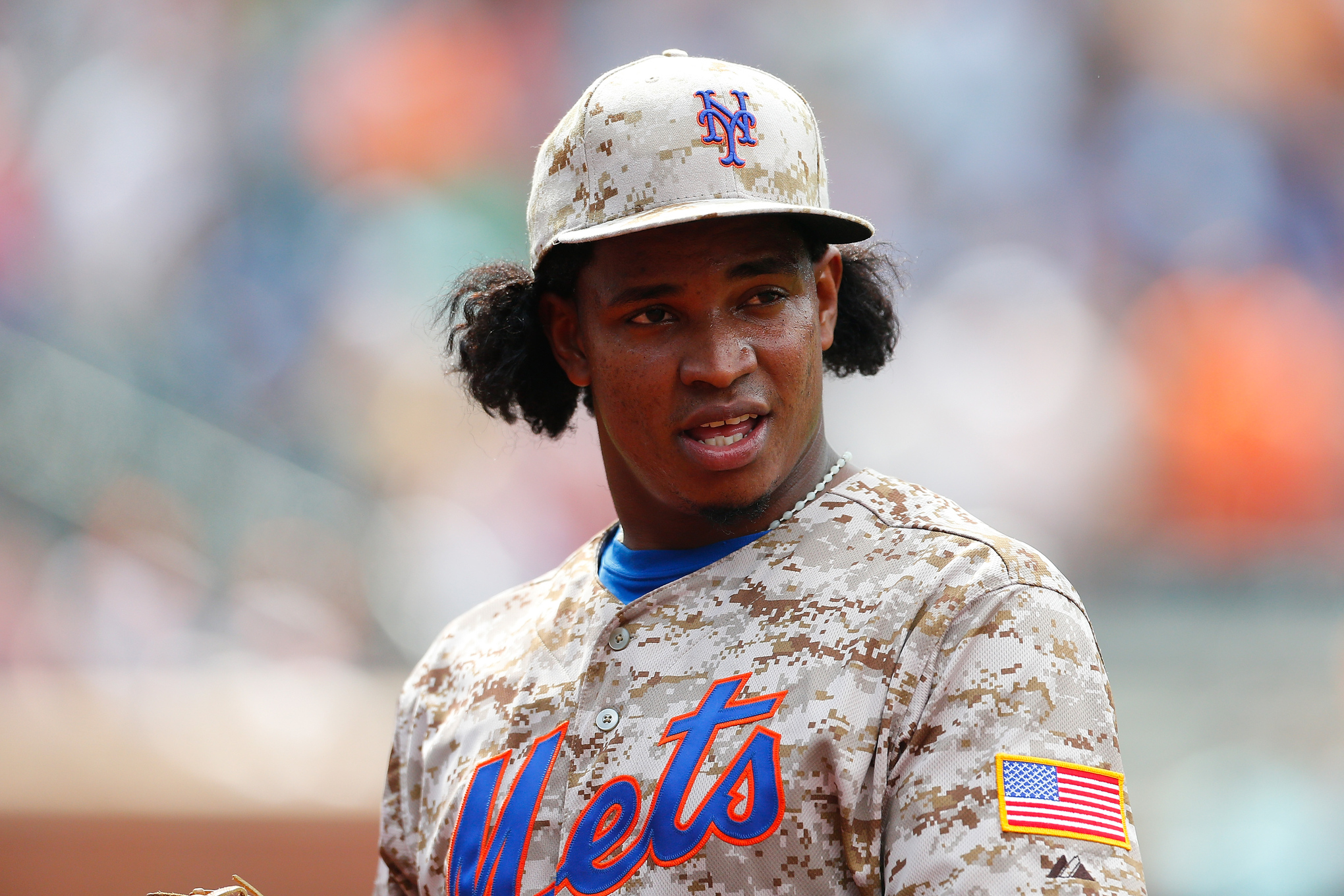 While Mejia continues to battle a hernia that may require offseason surgery, questions have been raised about whether he should continue pitching or end his season now. Collins acknowledges that Mejia's inability to get through a season healthy is a major concern, but he wants to see the 24-year-old finish the year.

"I bet if you go back in the last number of years and look, he's missed time in every season. And so, for him to have a complete season because he's had a couple of nicks and scrapes and he's got to face hernia surgery at the end of the season, to get through it is still a major accomplishment, I think, for him."

Until his recent struggles, Mejia looked like a clear answer for the ninth inning. The right-hander converted 16 of 18 save opportunities from May 17 through August 2, posting a 2.05 ERA and a 2.84 FIP.

The wild card in this discussion is Familia. Like Mejia and Parnell, Familia came through the system as a starter before being moved to the bullpen. After an inconsistent rookie campaign in 2013, he has exploded onto the late-inning scene this year, sporting a 1.97 ERA in 61 appearances. As with Mejia, Familia is enjoying some luck as his FIP of 3.19 and strand rate of 78.5% suggests. However, armed with a mid-90s fastball, a devastating slider, and the ability to keep the ball in the park (four home runs allowed in 87 career major league innings), the 24-year-old has thrown his hat in the ring for next season as well. 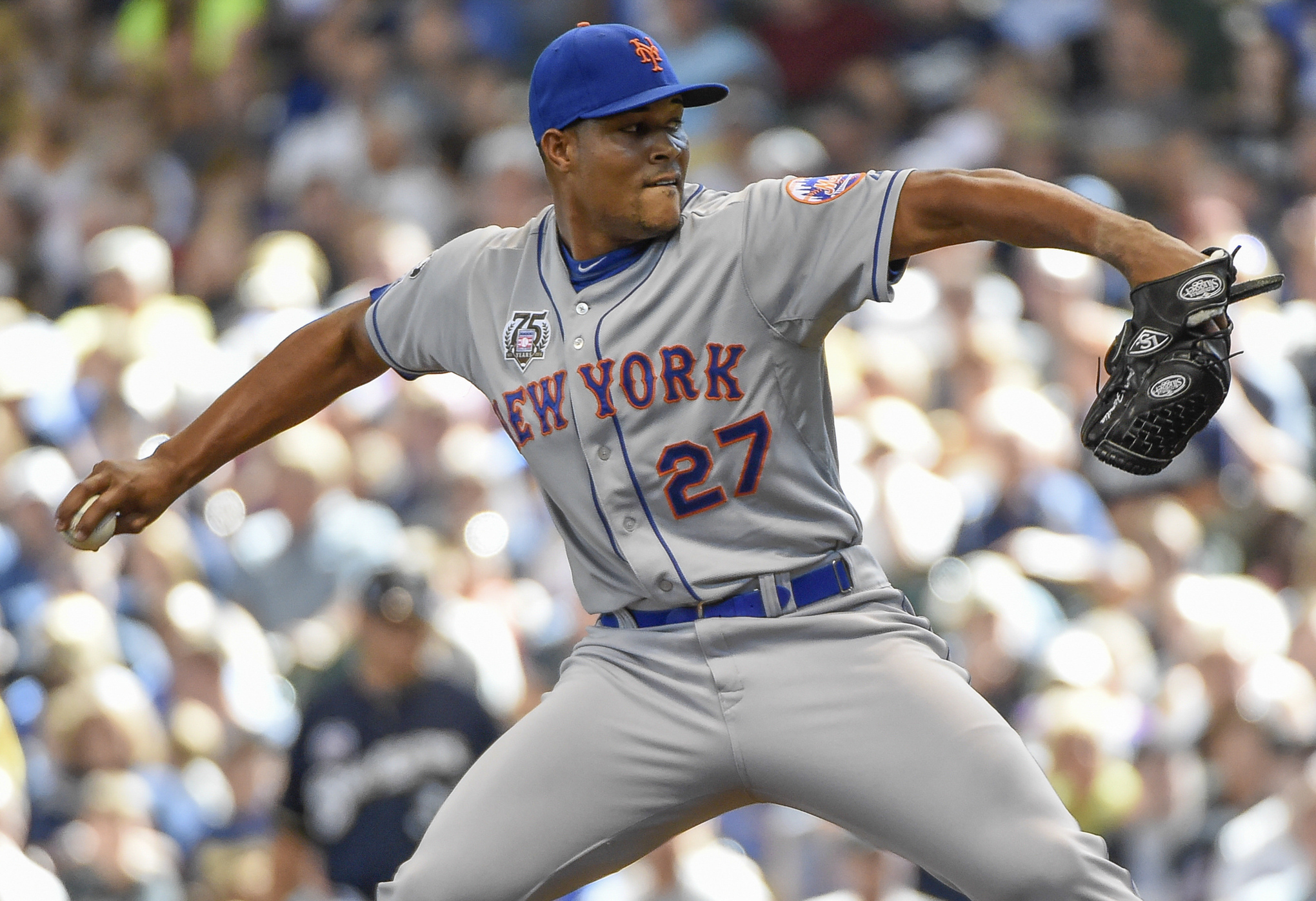 According to Collins, whatever the decision is, it won't be made now or any time soon.

"There's nothing etched in stone because certainly somebody can stand up and show up and say 'OK, I'm going to take that job.' And when Bobby's ready, we've got a nice problem on our hands. But looking that far ahead, we certainly can't have any idea who is the guy pitching in the ninth."

As the Mets continue to claw toward building a contending team, there's comfort in knowing that they may have not one but three dominant late-inning relievers to help along the way.