Vic Black has been lights out for the Mets in 2014

The Mets' trade of Marlon Byrd and John Buck in 2013 may turn out to be one of GM Sandy Alderson's greatest heists during his tenure in New York.

Share All sharing options for: Vic Black has been lights out for the Mets in 2014

Among Sandy Alderson's best moves as Mets GM, the July 2011 deal that sent Carlos Beltran to San Francisco for Zack Wheeler certainly stands out. A year-and-a-half later, the reigning National League Cy Young Award winner and fan-favorite R.A. Dickey was sent north of the border to the Toronto Blue Jays, netting the Mets three prospects, including Travis d'Arnaud and Noah Syndergaard. But a late-season salary dump that moved veterans Marlon Byrd and John Buck to the Pittsburgh Pirates for two minor leaguers last August is proving to be a steal for the Mets.

The name Dilson Herrera is quickly becoming a part of New York's consciousness as the 20-year-old continues to tear through Double-A. The future looks promising for Herrera, but with barely 60 games played above A-ball, his path is much less clear. It's the player-to-be-named-later in the deal—Vic Black—who is turning heads in his first full season as a major leaguer. In addition to a 2.20 ERA and close to a strikeout per inning, Black has helped his teammates out by stranding an incredible 26-of-27 inherited runners, the second-best rate in baseball among pitchers who have inherited at least 20 baserunners.

Newsday's Marc Carig zeroed in on the right-hander's ability to clean up other people's messes. For Black, it's all part of the job.

"This is just not complicated. The more complicated you make it the less you're able to perform. Everything locks up. Your mind races. Looking back, I'm thinking why does anyone ever go into these things with the stress of, 'I have to do this?'

Black's success stranding runners has helped New York to an 81% success rate in such instances, tied with the San Diego Padres for the best mark in baseball. Even more amazing is that Black didn't join the Mets' bullpen until May 27. Many felt the Amarillo, Texas native would be a key reliever for New York after a solid 15-game showcase last September. Unfortunately for Black, he struggled mightily in spring training when he allowed 23 baserunners in just 9.2 innings, earning himself a demotion to Triple-A Las Vegas.

Control has never been Black's strong suit. Over six minor league seasons, he surrendered 4.9 walks per nine innings. Of course, his mid-90s fastball also allowed him to garner an impressive 10.7 K/9 ratio. New York recalled Black in late May after he posted a 1.45 ERA in 17 appearances for Las Vegas. Although he maintained his high strikeout percentage, walks continued to be a problem as he issued 17 free passes in 18.2 innings. 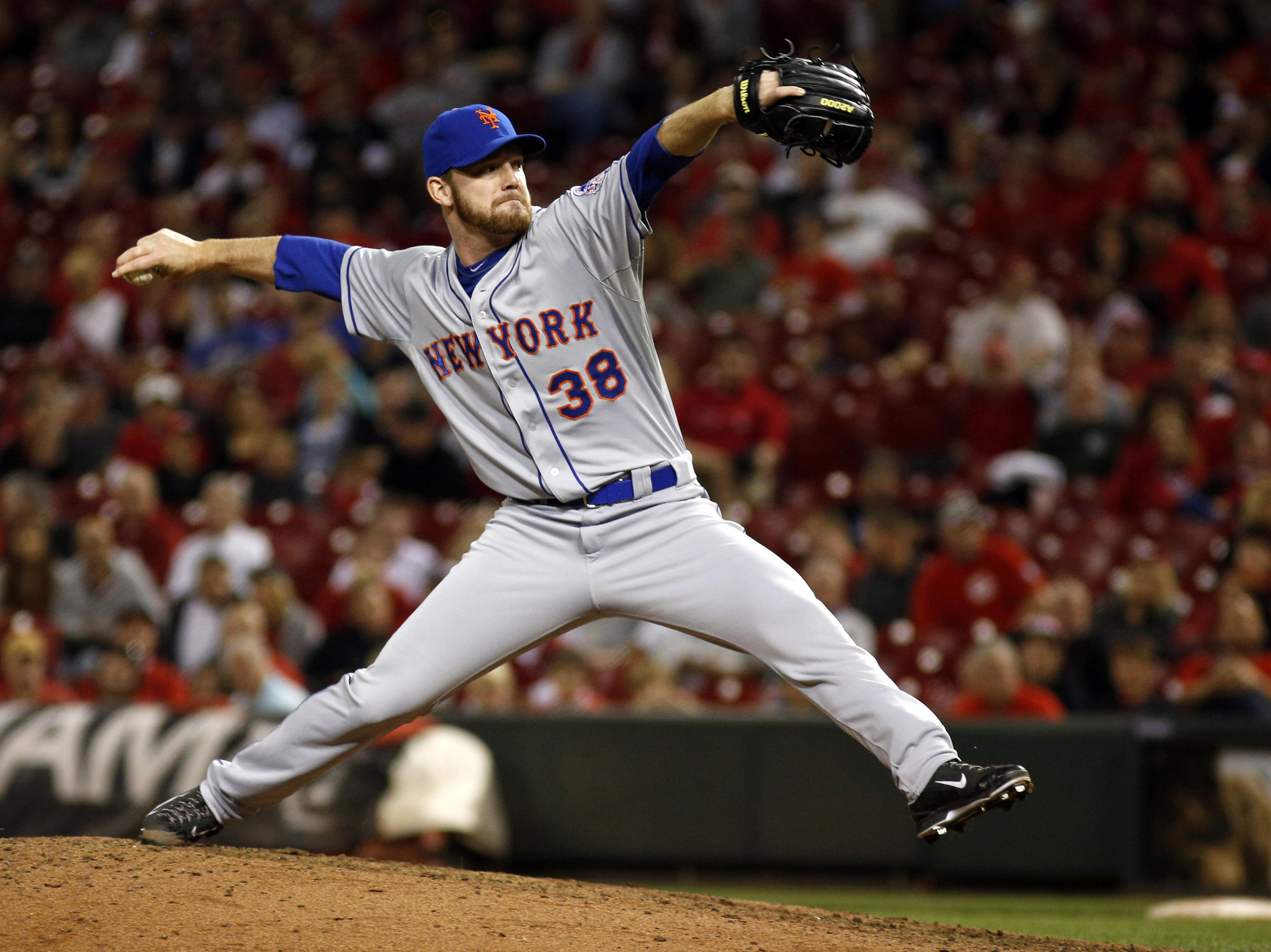 While his command still needs refinement (18 walks in 32 major league innings this year), his ability so far to extricate himself from trouble others created has allowed him to become a major component of the Mets' late-inning relief corp. Manager Terry Collins is certainly happy he can call on Black when the need arises.

"The difference in this guy, when he comes in a game with guys on base, is incredible. He takes the mound and he's got a different look on his face. When you give him the ball, he's looking right through you. I don't know if he hears a word you say. Seriously, I'm not sure he does."

The numbers certainly bear this out. According to FanGraphs, Black gets noticeably better the trickier the situation becomes.

While Black is thriving in the most pressure-packed situations, he is also benefiting from his fair share of good luck. It's difficult to criticize someone with a 2.20 ERA, but with a FIP of 3.28, an xFIP of 3.96, and a WHIP of 1.29, Black is toeing a fine line between success and failure. Buoyed by nearly a strikeout per inning and a BABIP of just .261, Black has stranded 78.8% of all baserunners this season.

Perhaps he can maintain this type of performance, though the law of averages says it's unlikely. Further clouding his immediate future is a neck issue that has him sidelined, necessitating an MRI that revealed bone spurs and a mild herniated disc. Black isn't concerned, but as the Mets learned with Bobby Parnell, any neck issue for a pitcher can be worrisome.

Assuming the issue is short-lived as Black believes, the Mets have to be pleased with what is turning into a young, hard-throwing relief corps. Furthermore, they can be comfortable knowing an innocent, late-season trade one year ago may have provided the club two more promising pieces to their puzzle.