Most of you don’t know who I am, so I will start with a little background: I run a performance center on Long Island working with athletes from a number of different sports. The population I am best known for working with is baseball players. I have had the privilege of working with nearly 250 baseball players in the last year alone, ranging from those in little league to the professional level.

While we focus most of our time on the skills aspect of what makes a player great, it is oftentimes the body that dictates what actually transpires on the field. Mike Trout’s physical dominance magnifies his skills, and the aging and battering of the body—more so than a degradation of skill—tends to be what dictates the end of an athlete's career.

I hope to show the ins and outs out of the physical nature of the sport through the eyes of a professional that deals with these cases every day. Our first foray into this topic will play a big role in the Mets' future, and that is David Wright and his ailing shoulder.

Back in June, Wright slid and apparently jammed his shoulder; from the looks of it, he was never right again. The source of the injury seems to be Wright's rotator cuff. The rotator cuff is a network of four muscles that help keep the upper arm in the socket; it is attached to the shoulder blade and helps to stabilize the arm through motion. The inflammation that Wright is experiencing is exacerbated by a lack of rest and the repeated efforts his shoulder had to endure throughout the season.

This type of injury is not uncommon among overhead-throwing athletes. Between swinging a bat, sliding, falling, and throwing a baseball, the shoulders get a tremendous amount of abuse during the course of a season. This abuse doesn’t always manifest itself in injuries, but when small inflammation arises, the body will tend to make compensations in order to keep itself functioning. Over time, this can cause further damage or new injuries to other parts of the body. 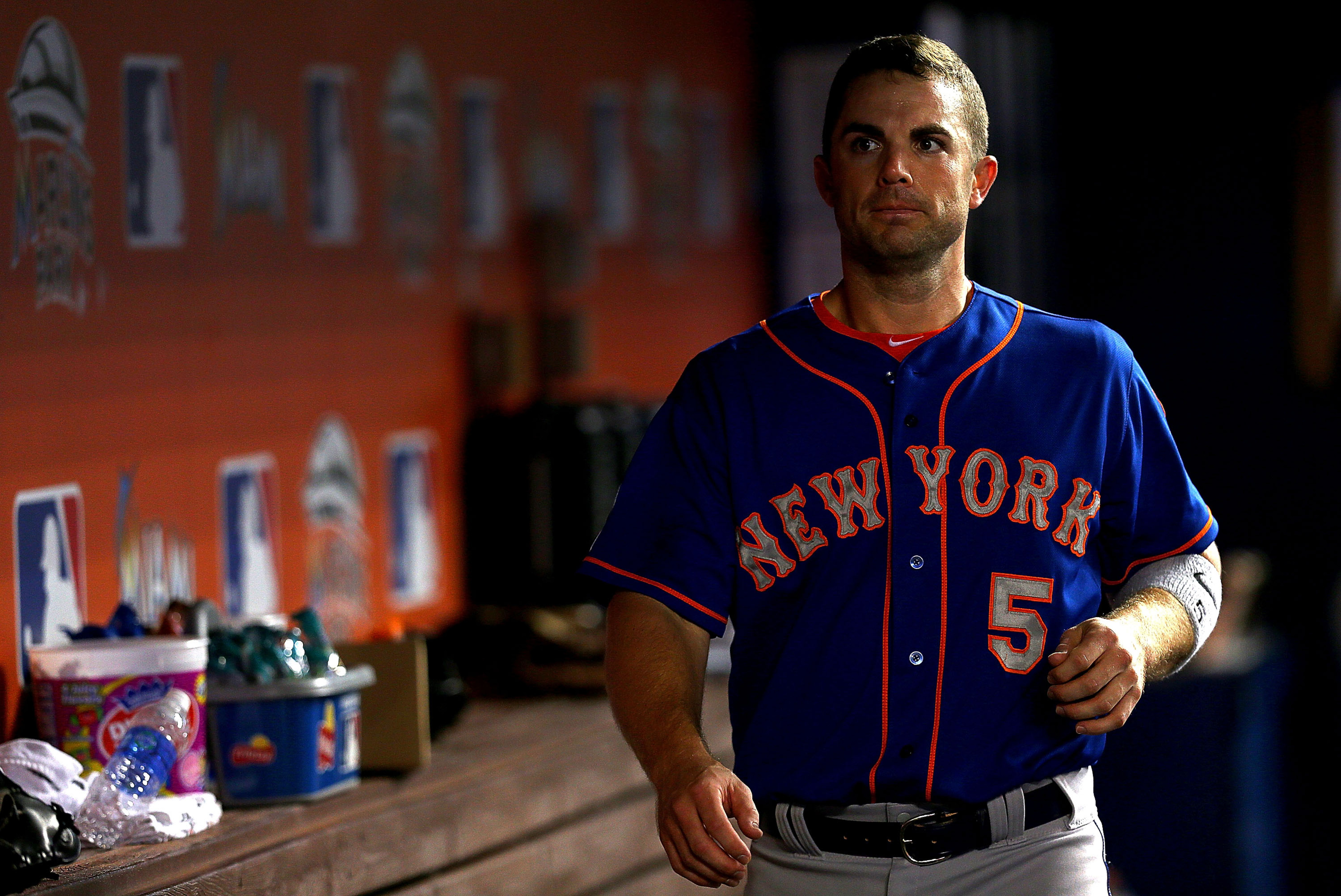 While on the surface it is easy to blame the jamming of the shoulder for Wright's decline, it was only the impetus for what would happen throughout the season. After an injury, the body will rewire itself to make new movement possible. This reworking of the system will tend to create inefficient movements, that when left unchecked will impact performance or increase the risk of injury.

Take, for example, a forearm strain. Oftentimes this is the precursor to many athletes' UCL injuries (the ligament affected in Tommy John surgery). Although the forearm itself isn’t ultimately the problem, it is the first thing to go and a sign that things are wrong. When the forearm is strained, other muscles are asked to take on more responsibility than they are capable of, which leads to their getting injured.

Athletes can use cortisone shots and other medical treatments to work around an injury to get back on the field. This helps mask the problem, until ultimately the body can no longer compensate, and an injury occurs. With Wright, the jamming of the left shoulder altered his swing. This likely caused subtle changes to his mechanics that you may not see immediately, but that slowly turned into bad habits. These mechanical changes probably increased the stress on his body, exacerbating the injury and making his swing less effective.

The Mets are trying to avoid surgery for a potential tear in Wright's shoulder and have prescribed a program of rest, rehabilitation, and then reevaluation later on. If the inflammation in his shoulder is too great, an MRI may have trouble picking up a tear, which is why they are delaying surgery.

If Wright were to need surgery to repair the shoulder, his time frame for recovery would be significantly longer and would jeopardize the start of his 2015 season. Often, if the tear is caused by a blunt trauma (like the jammed shoulder in June), one would undergo a procedure shortly thereafter. Since we are dealing with a many-months-long injury, the solution is less clear.

At the end of the day, rotator cuff surgeries can be very aggressive and may not improve the shoulder to a significant degree; thus, aggressive physical therapy coupled with strength and conditioning are often used to retrain the muscles to fire and stabilize properly, and adequately aid in the return to competition. 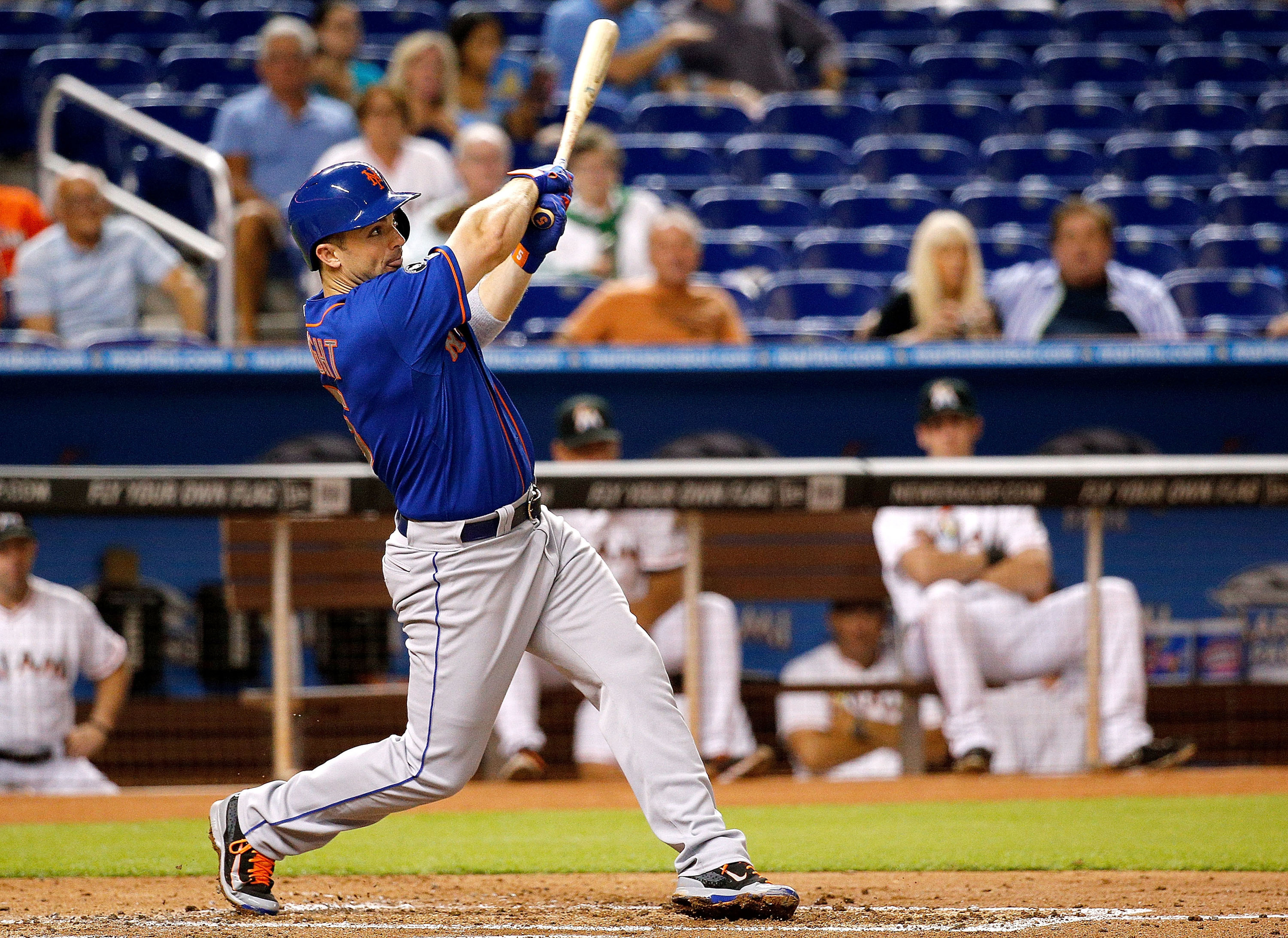 From soft tissue strategies designed to break up bad muscle tissue quality, to physical therapist protocols to improve recruitment of the proper musculature, Wright’s needs for the offseason are many and varied.

Most major leaguers's seasons are done within the next month, and the vast majority of minor leaguers are already on their way home. The best and most dedicated athletes of these populations will take roughly two-to-three weeks off from the season to decompress and let their bodies catch up, and then it is right back to work.

Wright's first six weeks will be about managing his current injury and trying to improve the strength in his shoulder to a great enough degree that he is deemed capable of training and practicing without risk of further damage. By mid-to-late October, we will know both how Wright is faring and more about when he can return next year. Without surgery, Wright will most likely begin his strength training in earnest by November 10 at the latest. This gives him 12 weeks to prepare for the 2015 season.

The most important aspect of training for players like Wright is to regain total motion of his shoulders following the season. As an athlete builds workloads on top of his body, he begins to lose ranges of motion in the shoulder. This lack of motion contributes to injuries, as the loss in total motion and decreased strength put additional stresses on other parts of the body to make up for the lost motion and control.

Training the rotator cuff will demand Wright to challenge his grip and shoulder stability in a variety of exercises, from pushups with rotational movements to dynamic stabilization using a body blade; Wright’s programs should be geared toward creating control under random and varied conditions to improve his resistance to injury.

Wright is at the point of his career where the goal is no longer performance improvement, but maintenance of the physical abilities that allow him to be great at what he does. It takes a tremendous amount of strength, stamina, and coordination to practice swings, field balls, and work on throws to first. All of this training builds stress on the body that either can or cannot be maintained. If David is to maximize his impact on the Mets next year and the years to come, he will need to keep his body's health as his top priority.

Whether it was Wilmer Flores's and Lucas Duda’s offseason conditioning camp, or Brandon Nimmo’s storied physical transformation last offseason, the role of therapy, strength, and performance training is changing the perception of what is possible. No longer are athletes pegged as irredeemably slow, weak, or without room for improvement. With this changing landscape will come both physical improvements and injuries that will alter the landscape of baseball. It is my hope that I can help guide Mets fans in understanding more about the team, the players, and the sport they love.