Let's check in with Kevin! Burkhardt thanks, says farewell to Mets fans

After eight seasons with SNY, Burkhardt is set to move on.

Share All sharing options for: Let's check in with Kevin! Burkhardt thanks, says farewell to Mets fans

For the past eight seasons, Mets fans have been spoiled by excellent television broadcasters: Gary Cohen, Keith Hernandez, and Ron Darling in the booth and Kevin Burkhardt pretty much anywhere else a person could go at Citi Field and all of the ballparks the Mets visited over the years. But this is Burkhardt's final season with SNY, as he's set to move on to work for FOX, where he's doing NFL play-by-play, and FOX Sports 1.

Burkhardt thanked Mets fans in a note he posted to Twitter this morning.

I had the pleasure of meeting Kevin a few times, and he's as good a guy as everyone else says he is. He was familiar with This Week in SNY, of which he was often the star, and found it just as funny as the rest of us did. He's an easy guy to root for as he continues his career. Tonight is Kevin's last home game with SNY, and the folks over at The 7 Line are giving him a send-off on the Shea Bridge.

So, Kevin, thanks for all of your hard work. It's been a pleasure listening over the years, and we're looking forward to what's next. 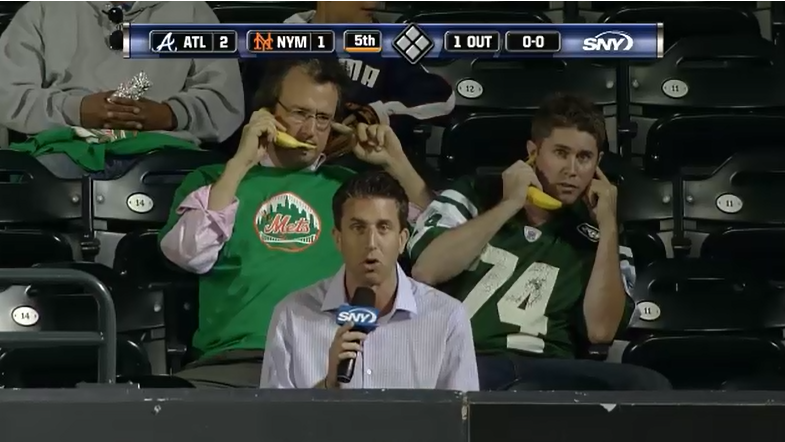