The young pitcher started slow but got better as the year went along.

With seventeen major league starts under his belt before the season began, Zack Wheeler was no longer considered a prospect back on Opening Day, but he was far from a known quantity. By the end of the season, he looked more and more like the pitcher that many expected him to be back when he was the prospect the Mets acquired from the San Francisco Giants for Carlos Beltran.

Those first seventeen starts, all of which took place in 2013, went reasonably well, though Wheeler wasn’t exactly dominant. Neither his strikeout nor his walk rate was particularly special, and he walked slightly over ten percent of the hitters he faced. But he managed a 3.42 ERA and 4.17 FIP in 100.0 innings of work. While he wasn’t dominant, he at least pitched like a capable major league pitcher, a result that is never guaranteed for any pitching prospect.

In the early going this year, Wheeler looked a lot like the pitcher he was last year. Through his first nine starts, he had a 4.89 ERA and 3.90 FIP, and he saw a slight uptick in strikeouts over last year, he had an 11.8 percent walk rate that was even higher than the poor rate he posted in 2013. But after his ninth start, when his ERA hit its high point for the season, Wheeler pitched quite a bit more effectively. 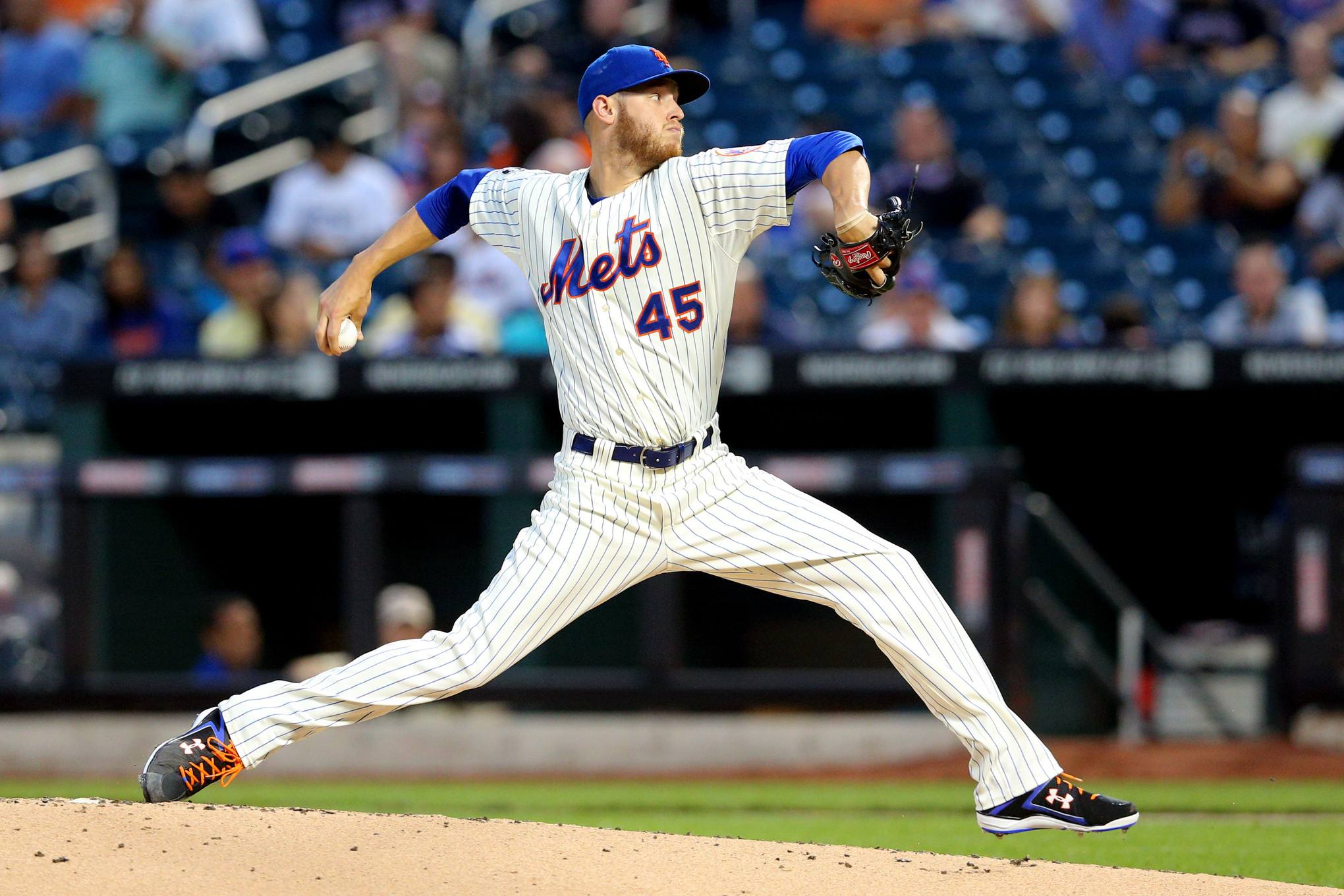 Wheeler made 23 starts after that, and in them, he pitched to a 3.05 ERA and 3.43 FIP. He struck out 24.6 percent of the hitters he faced and walked 9.2 percent, the latter of which still wasn’t great but was an improvement over what he had done before. The highlight of his season was undoubtedly the shutout he threw against the Marlins on June 19. In that game, he struck out eight, walked just one, and allowed only three hits. In total, Wheeler made 32 starts this year, threw 185.1 innings, and finished with a 3.54 ERA and 3.55 FIP.

Park-adjusted metrics weren’t all that high on Wheeler’s season on the whole, though. With a 102 ERA- and 101 FIP-, he rated as a slightly below average pitcher given how he pitched and the parks he pitched in. And his pitch count was, of course, typically on the high side, which explains why he completed six innings in 22 of his 32 starts but completed seven innings just twice.

Here’s how Wheeler compared to the average National League starting pitcher this year.

While Wheeler’s struggles early in the season can’t simply be disregarded, it appears he was an improved pitcher by season’s end. He will turn 25 years old in May, and all of his major rates—strikeouts, walks, home runs, and ground balls—improved from 2013 to 2014.

Desired 2015 role: Number two starter who slots in behind Matt Harvey at the top of the rotation.