These left fielders enjoyed some quality years in New York; one had the fourth-best season of any position player in franchise history.

The sixth installment of our 10-part series highlights 10 left fielders who had underrated or overlooked years in New York. If you missed any of the earlier installments, you can find them by following the links below:

After a productive career with the Dodgers, Tommy Davis was traded to the Mets for two-time All-Star Ron Hunt and Jim Hickman. In 1967, Davis’s only year in New York, the left fielder hit .302/.342/.440 with 16 home runs, 73 RBI, and 72 runs scored, good for a 123 wRC+ and 2.7 fWAR. The Mets then traded Davis to the White Sox in a deal that brought Tommie Agee and Al Weis to New York, helping to lay the foundation for the team’s 1969 championship run. 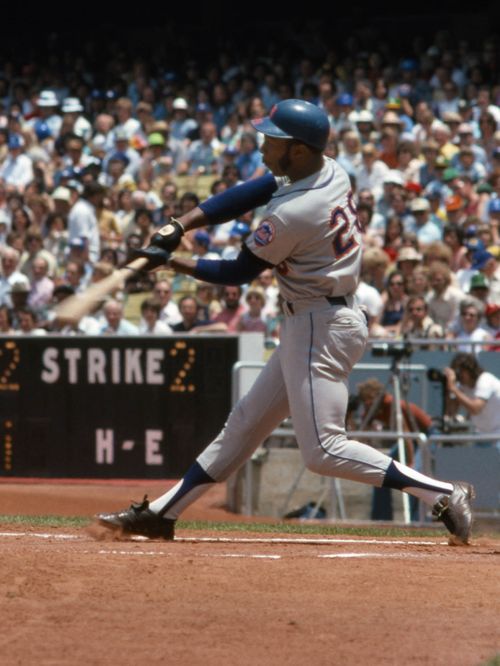 Of the four players the Mets acquired for Tom Seaver in their infamous "Midnight Massacre," then-prospect Steve Henderson was by far the best. Unfortunately, Henderson’s role in that trade—and the fact that he played on some pretty brutal late-seventies Mets teams—overshadowed an otherwise productive career in a Mets uniform. In his four years with the team, Henderson hit .287/.360/.423 with a 121 wRC+ and averaged a solid 2.2 fWAR per year. Of course, Henderson, Pat Zachry, Doug Flynn, and Dan Norman combined would never come close to replicating Seaver's production.

When the Mets signed Rickey Henderson before the 1999 season, the 40-year-old was coming off of the two worst years of his career since his rookie campaign in 1979. Henderson’s offensive production had declined to a league-average 100 wRC+ in 1998, down from a slightly-above-league-average 112 wRC+ in 1997. But in 1999, Henderson enjoyed an offensive resurgence, hitting .315/.423/.466 with a 135 wRC+, 42 extra-base hits, 89 runs scored, and 37 stolen bases, and won the National League Comeback Player of the Year Award. It might seem odd to call any aspect of the Hall of Famer’s career "overlooked" or "underrated," but it’s easy to forget just how good Rickey was for the Mets in 1999. 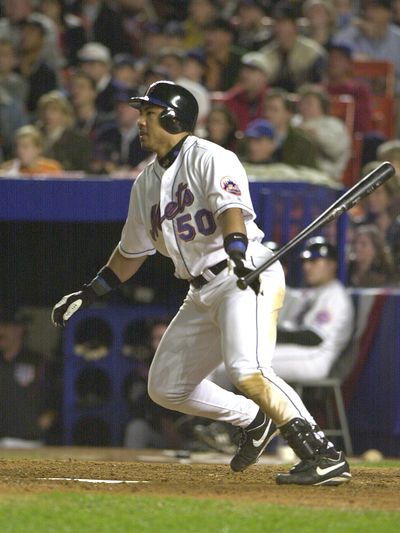 Although Benny Agbayani’s star as a major leaguer rose and fell fairly quickly, he managed to pack a lot of memorable moments into his five-year career. In 2000 alone, the Hawaiin Punch hit two notable home runs: one an 11th-inning grand slam in the second game of the season against the Cubs in Tokyo, and the other a 13th-inning walk-off home run in Game Three of the National League Division Series against the Giants. (We would be remiss not to mention another memorable Agbayani moment when, in an August 2000 game against the Giants, the left fielder infamously handed the ball to a fan after mistakenly believing that the inning was over, which allowed two runs to score with the bases loaded.)

It may not have included two grand slams in one inning, but Fernando Tatis’s tenure as a Met was fairly remarkable in its own right. From 2004 to 2007, the once-promising Cardinals third baseman played a total of 28 major league games, all of which occurred in 2006 after a late-season call-up. After the Mets signed him to a minor league deal in 2007, Tatis made his return to the big leagues in 2008 and experienced somewhat of a resurgence as a utility outfielder. In 306 plate appearances, Tatis hit an impressive .297/.369/.484 with a 126 wRC+, 11 home runs, and 47 RBI, and was named the National League Comeback Player of the Year. He followed that up with another productive year in 2009, hitting .282/.339/.438 with a 106 wRC+, eight home runs, and 48 RBI, again in a part-time role.

Like Rickey Henderson, Gary Sheffield might seem like an odd choice for this list given his outstanding career. But also like Henderson, Sheffield enjoyed a far better age-40 season with the Mets than he probably gets credit for. After a down year with the Tigers in 2008 led to his release, Sheffield signed a one-year deal with the Mets in early April 2009. Sheffield's first hit and most memorable moment as a Met was his 500th career home run, which he hit on April 17 at Citi Field. Far from mailing it in after reaching that milestone, Sheffield went on to hit .276/.372./451 with a 122 wRC+, 10 home runs, 43 RBI, and 44 runs scored as a part-time outfielder in his final big league season.