Among these underappreciated Mets are a Daryl, a Darryl, and two Hall of Fame center fielders.

In the seventh installment of our 10-part series, we look at nine center fielders whose productive years with the Mets have flown somewhat under the radar. You can find the first six installments by following the links below:

Richie Ashburn, the longtime Phillies center fielder, brought his Hall of Fame pedigree to the historically bad 1962 Mets. In his final big league season, the aging veteran had one of his better years with the bat, hitting .306/.424/.393 with a 124 wRC+. That year, Ashburn drew an impressive 81 walks to just 39 strikeouts, and became the first player in franchise history to make an All-Star team.

It might seem strange to include arguably the greatest player of all-time on a list like this. After all, Willie Mays’s return to New York after 14 years in San Francisco was a huge story, as was his participation in the 1973 World Series. But Mays’s tenure with the Mets was more than just a feel-good ending to a Hall of Fame career; in 1972, the Say Hey Kid was actually quite good. After an early-season trade from the Giants, the 41-year-old hit .267/.402/.446 in a part-time role, good for a remarkable 144 wRC+ in one of the worst league-wide offensive environments in the history of the game. While Mays’s production off the bench declined in 1973, fans shouldn’t forget the serious value that he provided the team in 1972. 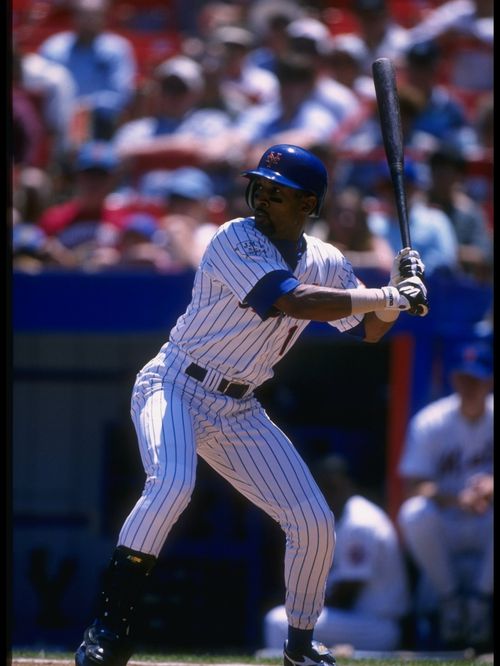 While Bernard Gilkey was tearing it up as the Mets’ left fielder in 1996, Lance Johnson was having a pretty spectacular year of his own. In what was arguably the greatest season by a leadoff hitter in Mets history, Johnson hit .333/.362/.479 with a 122 wRC+, 50 stolen bases, 117 runs scored, 69 RBI, and a league-leading 227 hits—including 9 home runs, 31 doubles, and a league-leading 21 triples. Johnson also contributed 1.9 defensive bWAR on the strength of 17 total zone runs saved and 390 putouts, making him and Gilkey a force to be reckoned with in the Mets’ outfield: although neither won a Gold Glove, Johnson and Gilkey finished the year as two of the top eight defensive players in all of baseball, by TZ. Johnson contributed 6.4 fWAR in 1996 and made the All-Star team for the first and only time of his career.

In his three years as a Met, Brian McRae was involved in trades for the players who appear immediately before and after him on this list: the first was a six-player trade in 1997 that sent McRae to the Mets and Lance Johnson to the Cubs, and the second was a five-player deal in 1999 sending McRae from the Mets to the Rockies for Darryl Hamilton. McRae's best year in New York was in 1998, when the center fielder hit .264/.360/.462 with a 120 wRC+, 21 home runs, 79 RBI, 79 runs scored, 20 stolen bases, and 2.9 fWAR.

When Angel Pagan burst into the national spotlight as a key member of the 2012 World Champion Giants, the Mets’ trade of Pagan for Andres Torres and Ramon Ramirez became universally regarded as a bust. But Pagan’s success in San Francisco should hardly have come as a surprise. While Pagan struggled in his final year in New York, he was actually quite good in the two previous seasons. Pagan's first opportunity with significant playing time was in 2009, when he hit an impressive .306/.350/.487 with a 121 wRC+, 39 extra-base hits, 54 runs scored, 14 stolen bases, and 2.8 fWAR in 376 plate appearances; the outfielder added 1.7 defensive bWAR on the strength of 16 defensive runs saved and a 13.9 UZR/150. Pagan followed that up with a tremendous 2010 campaign, in which he produced a career-best 5.1 fWAR and hit .290/.340/.425 with a 108 wRC+, 49 extra-base hits, 80 runs scored, and 37 stolen bases, along with 2.1 defensive bWAR, 21 defensive runs saved, and a 16.1 UZR in a full season of work.

Juan Lagares is on this list for two reasons: First, while Mets fans know that Lagares is an outstanding center fielder, it's worth reiterating how uncommonly good his defense has been. Second, Lagares still isn’t a household name among fans outside of New York; and if he keeps this up for much longer, he should be. In his first two years in the majors, Lagares was second in all of baseball to Andrelton Simmons with 54 defensive runs saved and 6.9 defensive bWAR, and was tied with Simmons for first with a 40.1 UZR, despite playing in nearly 800 fewer innings than did Simmons.

Incredibly, Lagares’s 29.3 UZR/150 is the best of any player with at least 1,500 innings played since 2002, the stat’s first year of existence. From 2012 to 2013, Lagares’s 6.7 fWAR made him the second-best player on the Mets—behind only David Wright—despite the fact that Lagares hit just .262/.302/.368 with an 89 wRC+. While defensive metrics are yet to be perfected, they are becoming an increasingly reliable way to measure the value that players provide with their gloves. And in his two years as the Mets’ center fielder, Juan Lagares has provided a ton of it.