From Bobby Bonilla to Lucas Duda, these right fielders spanned the personality spectrum. But they all had one thing in common, which is that they enjoyed some great and underappreciated years in New York.

Part eight of our 10-part series features nine overlooked or underrated Mets right fielders, whose great years with the team occurred as long ago as 1964 and as recently as 2013. You can find any of the first seven installments of the series by following the links below:

If you think we missed anyone, leave your suggestions in the comment section, and please remember to vote in the poll at the bottom of the page!

Joe Christopher’s 1964 season is particularly easy to overlook, given that it was his only productive year in the big leagues and it occurred on a team that lost 109 games. Nonetheless, Christopher hit an impressive .300/.360/.466 that year, with 16 home runs, 76 RBI, and 78 runs scored, good for a 132 wRC+ at a time of depressed league-wide offensive production.

Ken Singleton’s brief stint with the Mets was the start of an extremely underrated career. Although he would enjoy most of his success with the Expos and Orioles, Singleton showcased his signature plate discipline in his early years as a Met. In 1971, the New York native and future Yankee broadcaster hit .245/.374/.393, which translated to a surprisingly good 121 wRC+, given the weak offensive environment that saw league-average on-base and slugging percentages of just .317 and .365, respectively. After the 1971 season, Singleton was traded to the Expos in a package for Rusty Staub and went on to have a quietly great offensive career, finishing with a .282/.388/.436 batting line and a 134 wRC+, 246 home runs, 1,065 RBI, and 2,020 hits. 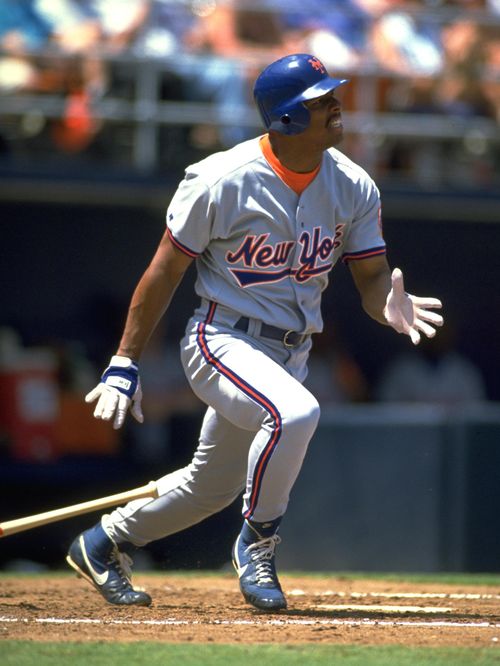 Bobby Bonilla’s tenure with the Mets was marred by bad press (prompted by incidents like this and this) and is best known for the infamous deferred buyout that ended his second stint with the team in early 2000. What’s often overlooked is how productive Bonilla was in his first stint as a Met, which lasted from 1992 to 1995. Sure, he didn't live up to the then-biggest contract in all of team sports or to his past success with the Pirates; but make no mistake about it, Bonilla could still hit, and his drop in production never approached, for example, George Foster's or Jason Bay's. In his first three years in New York, Bonilla hit a robust .267/.357/.487 with a 126 wRC+ and an average of 24 home runs, 75 RBI, and 2.7 fWAR per year. Before being traded to the Orioles midway through the 1995 season, Bonilla was absolutely raking to the tune of a .325/.385/.599 batting line and a 154 wRC+, 18 home runs, 53 RBI, 49 runs scored, and 2.4 fWAR in just 80 games. Of course, Bonilla’s return to New York in 1999 was a complete disaster in every sense of the word, as he was totally unproductive on the field (.160/.277/.303, 50 wRC+ in 60 games), earned even more bad press, and left the team with one of the most egregious contractual obligations in the history of the game.

Mets fans will never forget Endy Chavez’s name, thanks to his starring role in one of the signature moments in franchise history. But Chavez’s value to the ’06 Mets extended far beyond that one play. During the regular season, Chavez was an extremely productive fourth outfielder, hitting .306/.348/.431 with a 101 wRC+, four home runs, 42 RBI, 48 runs scored, 22 doubles, five triples, and 12 stolen bases in 390 plate appearances, along with an outstanding 16.3 UZR and 2.9 fWAR.

It’s true that corner outfielders and first basemen are held to higher offensive standards than are other position players; it’s true that Duda’s production never occurred over the course of 500 or more plate appearances; and it’s true that Duda’s struggles in the field prevented him from being much more than a league-average player overall. But that shouldn’t allow us to forget that Lucas Duda was still a very, very good offensive player in the years prior to his breakout 2014 campaign.

Marlon Byrd’s inclusion on this list is for preemptive reasons more than anything else. Mets fans today remember Byrd's 117-game tenure in New York, when he hit an impressive and unexpected .285/.330/.518 with a 137 wRC+, 21 home runs, 71 RBI, and 3.5 fWAR in 2013. Hopefully, if and when Dilson Herrera and Vic Black become established contributors to winning Mets teams, we remember the man whose brief stint in New York brought those players here.