These three glovemen didn't hit much, but modern-day analytics allow us to better quantify their outstanding defensive contributions.

Share All sharing options for: Overlooked and Underrated Mets: Shortstops

In the fifth installment of our 10-part series, we look at three Mets shortstops whose value came primarily with the glove. While all three were known as slick defenders, modern-day analytics help us quantify just how good they really were. If you missed any of the earlier installments of this series, you can find them at the links below: 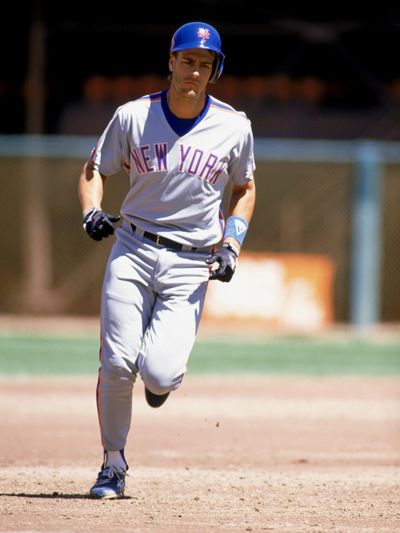 Kevin Elster produced a career-best 2.2 fWAR in 1989. That year, Elster hit just .231/.283/.360 with an 81 wRC+, but added tremendous value on defense with nine total zone runs saved, 235 putouts, 374 assists, and 63 double plays turned, good for a 1.9 defensive bWAR. In April 1989, Elster set a then-major league record by playing his 73rd consecutive game at shortstop without committing an error, a streak that began in the previous season.

In 1992, Dick Schofield’s only year in New York, the longtime Angels shortstop showcased both his signature defensive skills and his notoriously weak bat. Although he hit a meager .205/.309/.286 with a 74 wRC+, Schofield's two fWAR were the most of any position player on the 72-win Mets. His 11 total zone runs saved were also the second most to Ozzie Smith among National League shortstops, and Schofield produced a career-high 2.2 defensive bWAR on the strength of 205 putouts, 391 assists, 78 double plays turned, and just seven errors committed in 1,144.2 innings on the field.

It’s hard to say that fans and sportswriters didn’t appreciate three-time Gold Glove Award-winner Rey Ordonez’s defense. Still, it’s worth revisiting his 1999 season. In spite of his pedestrian .258/.319/.317 batting line and 62 wRC+, Ordonez was a three-fWAR player due to his 33 total zone runs saved, 220 putouts, 416 assists, 91 double plays turned, and just four errors committed in 1,316.2 innings on the field. According to Baseball Reference, Ordonez’s glovework translated into an incredible four WAR on defense alone (!), a feat that only seven players have accomplished in the ensuing fifteen years. Ordonez’s unique skill set made him a fascinating and difficult player to evaluate. Case in point was the year he had in 1997, when the shortstop hit a paltry .216/.255/.256 with a 33 wRC+, but added a tremendous 20 total zone runs saved, which evened out to a slightly-above-replacement-level 0.6 WAR.