If this series is the movie Death Wish, then the Mets are the architect Paul Kersey, Ruben Tejada is Kersey's family, and the Dodgers (led by Chase Utley) are dozens of violent street toughs. It's a classic vigilante tale, with the Mets avenging Tejada in the best way possible: beating them on the baseball diamond. 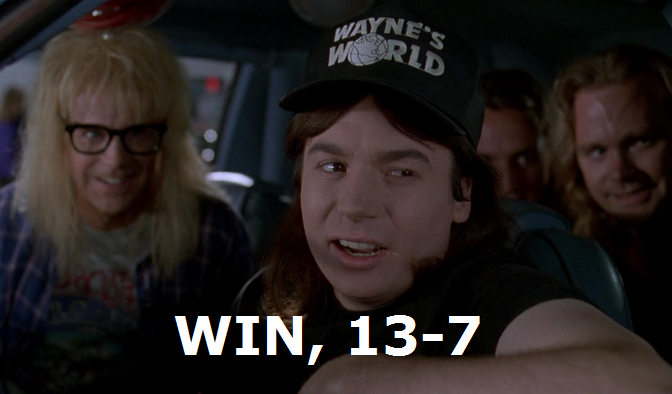 The Mets' first target was Dodger starter Brett Anderson, an average pitcher who presented a huge drop-off from the big two of Kershaw and Greinke. He sent the Mets down one-two-three in the first inning, but ran into trouble in the second inning. Four straight Mets singles put our heroes on the board, and a two-out, bases-loaded double from Curtis Granderson provided a 4-3 lead (the Dodgers put up a three spot on Matt Harvey in the top of the second inning). Anderson's struggles continued in the third inning, when Travis d'Arnaud hit a no-doubter two-run home run to up the Mets' lead to 6-3 and send Anderson to the showers.

Next up was Alex Wood, a starting pitcher pressed into long relief for these playoffs. His night went only slightly better than Anderson's, in that Wood allowed four runs to Anderson's six. Daniel Murphy singled home the Mets' seventh run in the fourth inning, and Yoenis Cespedes followed with a mammoth 440-foot three-run homer that landed in the second deck in left field. Take a second to ogle the bat-flip that followed:

A bat flip for the ages. https://t.co/aQhffhIJx1

For good measure, the Mets tacked on three more runs in the seventh inning against Pedro Baez and J.P. Howell, with a two-run double from Granderson capping the Mets' scoring. Matt Harvey wasn't at his best, but three runs allowed in five innings was good enough. Yes, the Dodgers score four late runs to make the score somewhat more respectable, but no one is fooled: this game was a straight-up massacre. 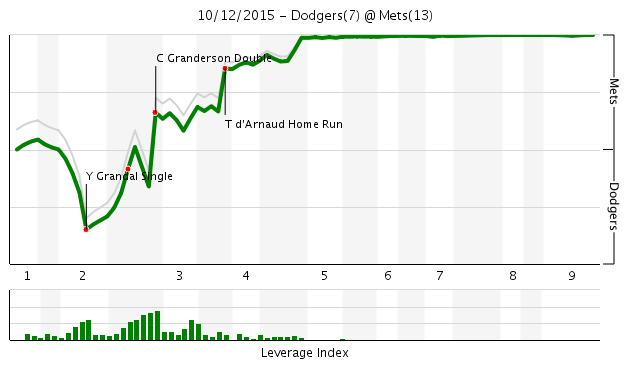