Celebrate Cespedes's return to the Mets!

GIVE ME MY T-SHIRT NOW!!

In the 2015 NLDS against the Dodgers, Yoenis Cespedes hit a three-run no-doubt-about-it home run that extended the Mets' lead. It was gone from the moment it hit the bat. What's more, Cespedes knew it was gone, and promptly executed a bat flip for the ages.

First there was the flip, and now there's the shirt. 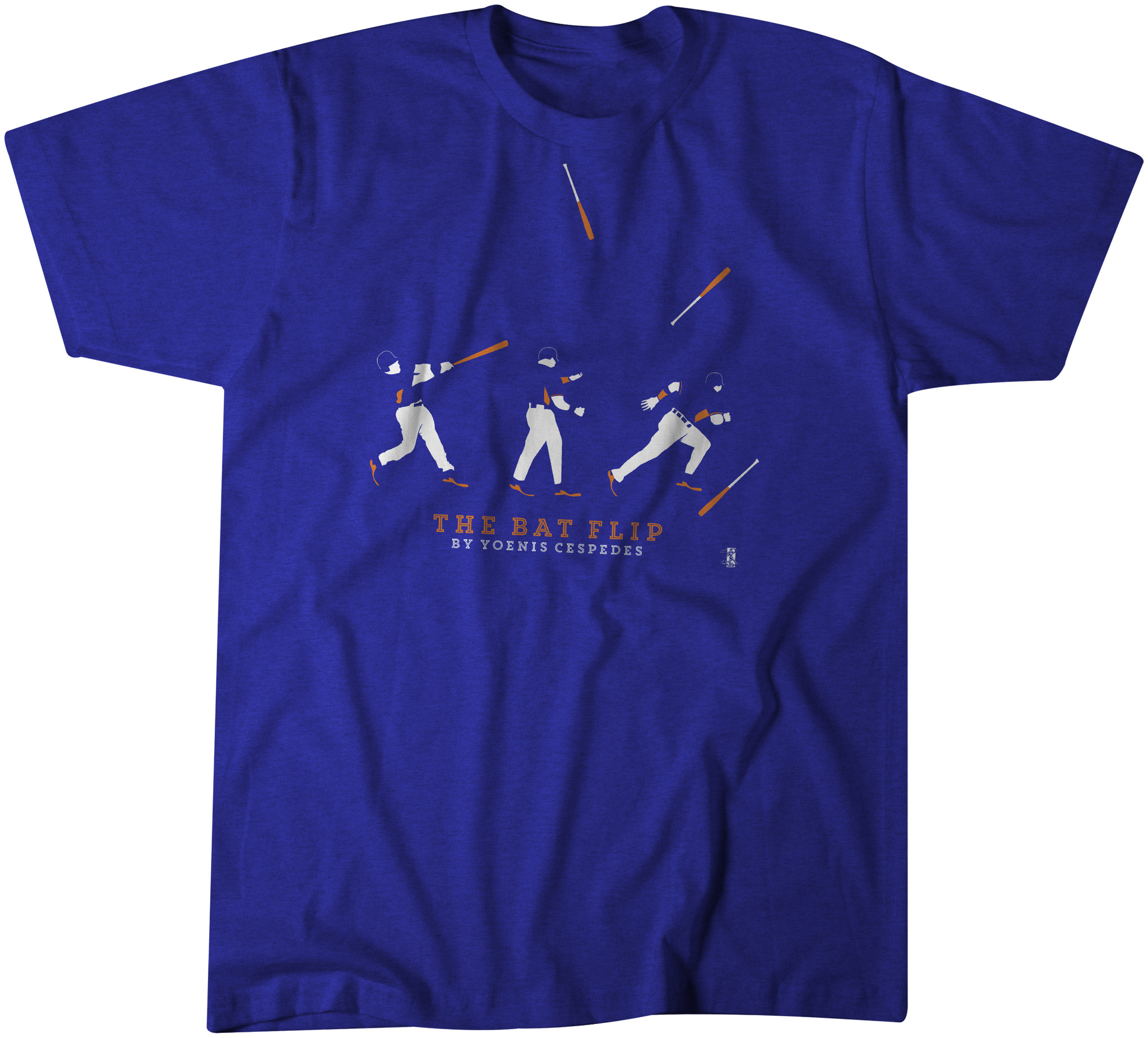 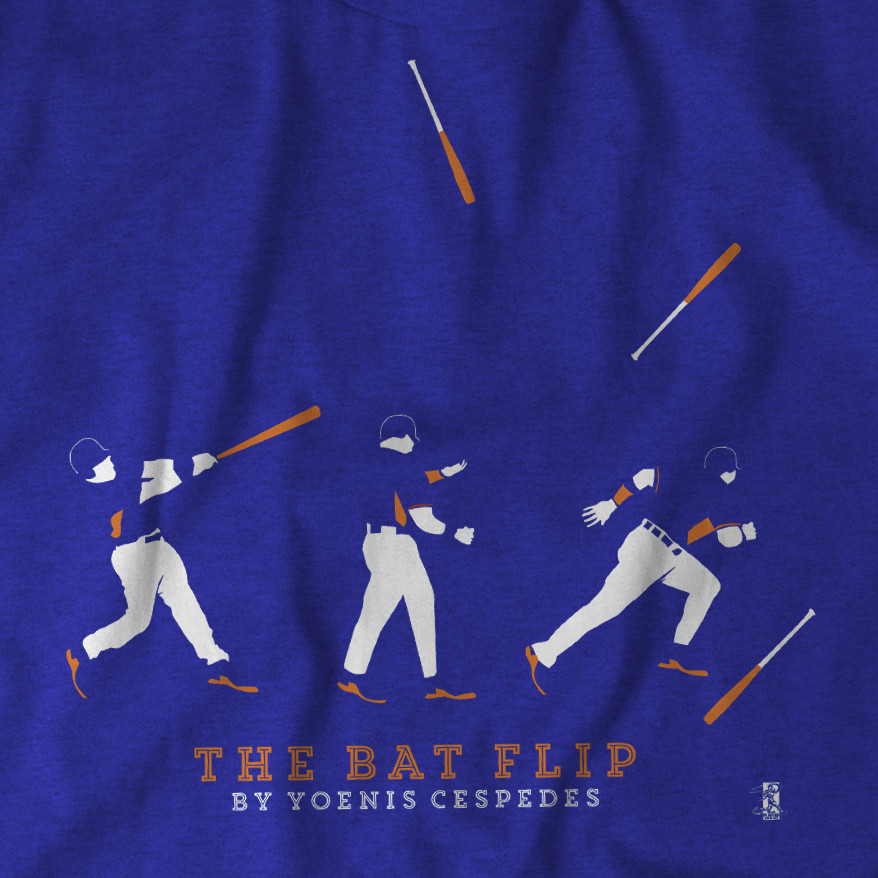 The shirt is nearly as awesome as the bat flip itself. Grab yours now from BreakingT, our t-shirt partner. It's available in sizes ranging from small to 3XL, so we've got you covered.

GIVE ME MY T-SHIRT NOW!!