Let's just say Daniel Murphy will have a lot of newspaper clipping to do after his big game last night.

Share All sharing options for: Mets playoffs: How local newspaper sports pages covered the Mets' NLDS victory over the Dodgers

With the advent of social media, the days of waiting until the next morning to see the sports cover of your favorite newspaper is long gone. However, with the Mets advancing to the National League Championship Series for the first time since 2006, we thought we'd throw it back a little. We gathered numerous sports pages from the local newspapers, which can be seen below:

The Daily News went with a play-on-words aimed at Chase Utley on their front page. If Mets fans didn't already dislike Chase Utley from his days with the Phillies, Utley solidified that dislike when he broke Ruben Tejada's leg with a late slide in Game 2. On their back page, they chose Daniel Murphy, who was instrumental in the series against the Dodgers.

The Post uses the same catchphrase "Dantastic" as the Daily News. Who could blame them when Daniel Murphy hit the decisive home run off Zack Greinke in Game 5.

Noticing a pattern yet? 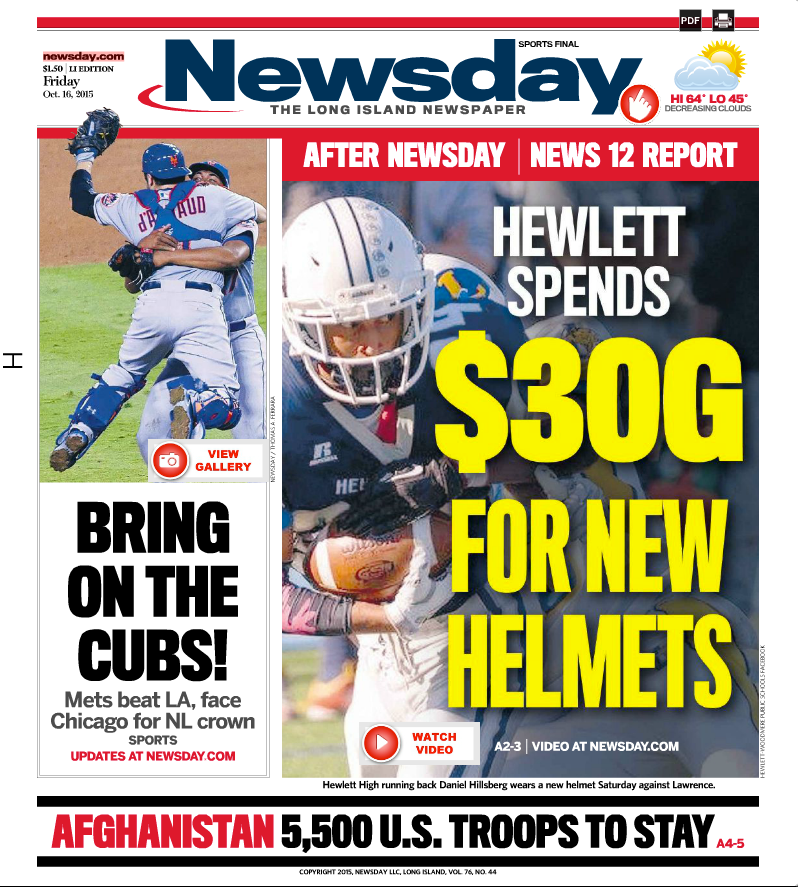 One simple word to describe the Mets moving on to the National League Championship Series against the Cubs. It's safe to say that Daniel Murphy won't be going around New York City unrecognized anymore.