The Piazza for the Mets' worst relief pitcher of 2015 goes to...

Yesterday we handed out the Piazza for Best Rookie to Noah Syndergaard, in a unanimous vote. The voting for today's category, Worst Relief Pitcher, should be more competitive. Jose Valverde won this Piazza in 2014, and Robert Carson won in 2013.

For the second year in a row, the Mets bullpen was decent. Yes, it was top-heavy, thanks to Jeurys Familia, but it was still above average overall. Of course, there were plenty of relievers who made you want to pull your hair out, just at the sight of them warming up. Today we "honor" such men.

Remember that postseason performance was also considered in the voting, not that it affected this category much. The nominees for Worst Relief Pitcher are:

Jenrry Mejia: Mejia pitched 7.1 effective innings this season but you know why he's under consideration. He was suspended twice for testing positive for banned substances, with the second suspension in July costing him 162 games. Pretty dumb. He would have been useful in the postseason.

Akeel Morris: Blink and you missed him. The Mets called up Morris in June all the way from Single-A St. Lucie when the big-league bullpen needed reinforcements. He made his debut against the team with the most vaunted lineup in the league, the Blue Jays, and it did not go well. He allowed five runs in 0.2 innings pitched, while walking three and giving up a home run. Morris was demoted after the appearance and didn't pitch in the big leagues for the rest of 2015. He's only 23, and pitched well in the minors this season, so I bet he'll get another shot.

Eric O'Flaherty: The Mets acquired O'Flaherty from the A's in August, a move the front office probably wishes it could take back. He was outstanding for the Braves several years ago, but that time has passed. He pitched to a 13.50 ERA in 16 appearances with the Mets, allowing a whopping 23 baserunners in just 8.2 innings pitched. O'Flaherty seldom appeared in important spots, but it was still a struggle watching him pitch in mop-up duty.

Bobby Parnell: It was tough to watch Parnell this season, after he was such a valuable arm from 2010-2013. He struggled in April and May in the minors, walking more batters than he struck out. The trend continued after he was strangely called up in June, as he struck out 13 and walked 17 in 24 innings pitched for the big club. Parnell's velocity was down and he seemed to have no idea where his pitches were going. Terry Collins mercifully stopped using him in high-leverage situations, and he was left off the postseason roster in an easy decision. I hope Parnell can figure it out.

Alex Torres: The southpaw Torres came over from San Diego in a late spring training trade. Take him back! He had a respectable 3.15 ERA this season but pretty much all of his other stats were terrible. He walked 26 batters in 34.1 innings pitched. His HR/9 rate was 1.57. Lefties had a .799 OPS against him. In just 9 of his 38 appearances did he not allow a baserunner. I don't mind that his Mets career is likely over.

Carlos Torres: The other Torres was a trooper for the Mets from 2013-2014, logging 183.1 effective innings as both starter and reliever. 2015 was not as kind to him -- he posted a 4.68 ERA in 57.2 innings pitched -- although his peripherals suggested that maybe he deserved better. He didn't strand runners like he did in those first two seasons. He's up for arbitration this offseason, so it's possible he won't be back in 2016. If that's the case, he was a nice find for Sandy Alderson and we'll always have 2013-2014.

And the Piazza for Worst Relief Pitcher goes to...

Eric O'Flaherty! Terry Collins showed up to tell Eric to hit the road one last time. 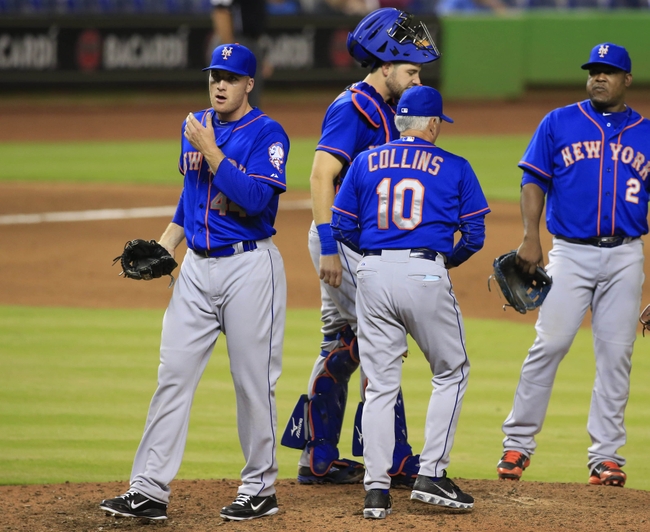