After a good 2014 season, Familia emerged as one of the better relief pitchers in the game.

Once among the Mets' top pitching prospects, Jeurys Familia established himself as an effective major league relief pitcher in 2014. In a couple of cups of coffee with the Mets in 2012 and 2013, he struggled, but he finished the 2014 season with a 2.21 ERA and 3.07 FIP in 77.1 innings, one of the heavier workloads among relief pitchers in Major League Baseball that year.

When the 2015 season started, the hope was the Familia would improve upon, or at least maintain, what he had done in his first full major league season. And while there was an argument that he should be the Mets' closer over Jenrry Mejia, it was the latter who had the job when the season began in April. Elbow soreness kept Mejia out of the Mets' win on Opening Day, though, and not long after that, he received his first suspension for a positive test for the performance-enhancing stanozolol. With that, Familia became the Mets' closer, and it didn't take long for him to settle into the role.

Everything improved. Familia's strikeout rate went up, and his walk rate and ERA went down. He gave up home runs a bit more often, but still not all that often compared to the major league average. In total, he had a 1.85 ERA and 2.74 FIP in 78.0 innings—the fourth-highest relief workload—in the regular season. Among qualified relievers, Familia's ERA was the seventh-best in baseball. 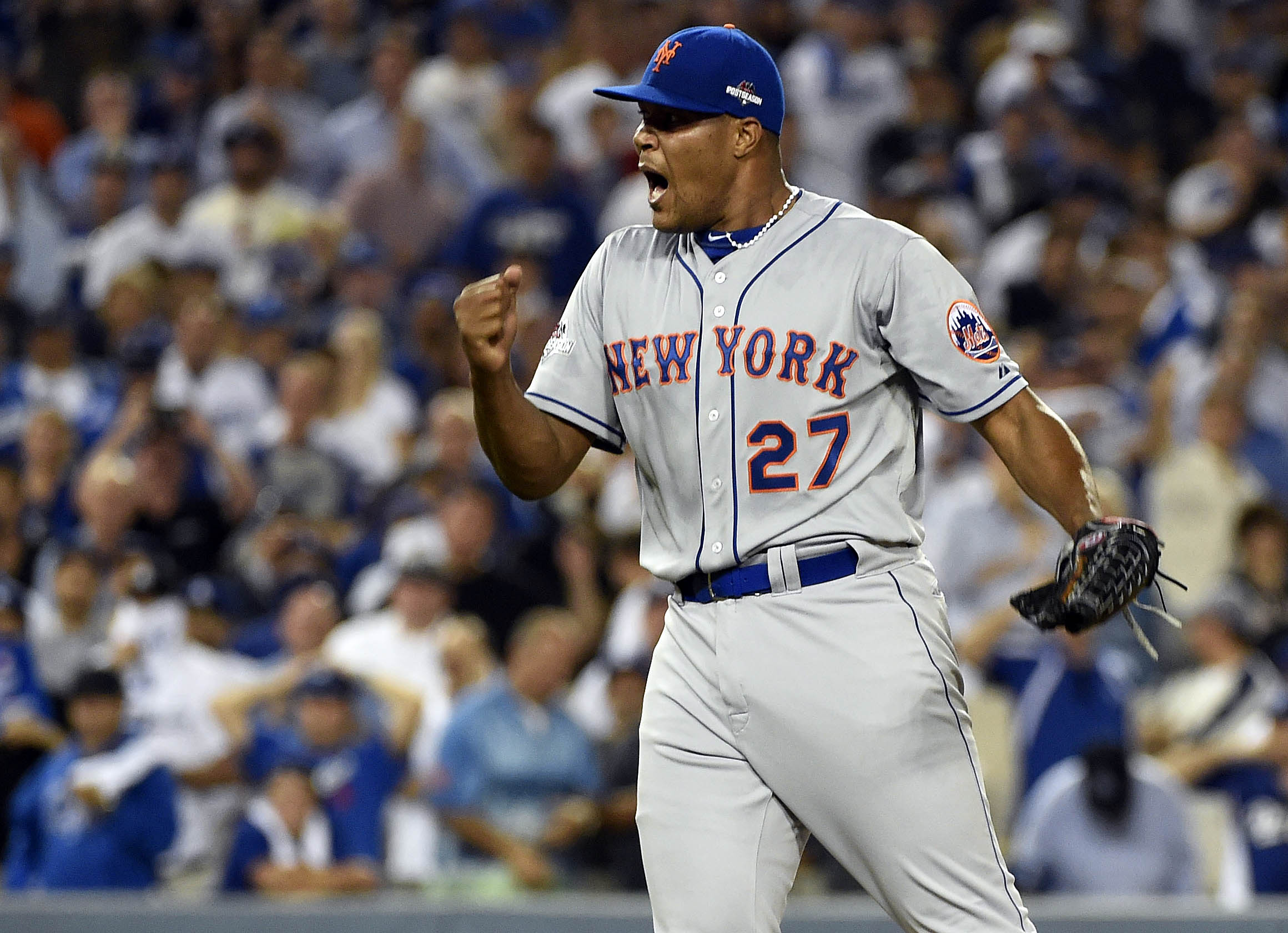 In the NLDS, Familia retired every batter he face. In the postseason in total, he had a 0.61 ERA and 3.20 FIP—the latter mostly because he didn't strike out many opponents—in 14.2 innings of work. Over the course of the entire season, he was indisputably the Mets' best reliever and one of the best in the game in his age-25 season.

Familia did it with an impressive arsenal of pitches. His four-seam fastball averaged 98.06 miles per hour, according to Brooks Baseball. His two-seam fastball wasn't far behind, at 97.67 miles per hour, and his slider averaged 89.60 miles per hour. He threw all of those pitches harder than he had in 2014, but his repertoire changed a bit, too. Familia dropped his changeup and curveball and introduced a ridiculous splitter, which averaged 93.36 miles per hour and prompted David Ortiz, one of the better hitters of the past decade, to say:

"That Familia, man, throwing that splitter 95 miles an hour, you crazy? No one can hit that."

The Mets' bullpen was a bit underrated on the whole, as it ranked eleventh in ERA and FIP in baseball, and nine different Mets relievers threw ten or more innings with a 3.67 ERA or better. But Familia's numbers clearly led the way, especially since he pitched so many innings, and his 2.7 bWAR was the seventh-best mark among relief pitchers in Mets history.