The Piazza for the Mets' best position player of 2015 goes to...

Today we present the Piazza for Best Position Player. It is the seventh and final award we are handing out. I think the winner today should be pretty obvious, but you never know. Check back next week for a summary of both the AA staff and community votes.

Remember that postseason performance was also considered in the voting. The nominees for Best Position Player are:

Yoenis Cespedes: Without Yo, the Mets might not have made the playoffs. He led the turnaround of a lineup that was unwatchable for a long stretch. His overall numbers with the Mets were impressive -- .942 OPS, 17 home runs in 249 plate appearances -- but his numbers against the Nationals were even better -- 1.045 OPS. That helped the Mets to six straight wins against the Nats in July and August, effectively burying their season. Yo struggled in the postseason, but so did a lot of Mets batters. He will be missed.

Michael Conforto: Conforto finished second in the voting for Best Rookie, with good reason. He excelled both at the plate and in the field, hitting home runs and gunning down baserunners from the time of his call-up. It will be fun to see what he does in his first full season in 2016. Now if only Terry Collins will give him a shot to hit against lefties.

Travis d'Arnaud: TdA has been an animal since his get-your-shit-together exile to Triple-A Las Vegas in early 2014. Unfortunately, he still can't stay healthy. He was limited to 268 plate appearances in 2015 while spending about three months on the disabled list, hitting 12 home runs with an .825 OPS. That would be a nice OPS for a first baseman, and is an outstanding OPS for a catcher. d'Arnaud hit some big dongs in the playoffs but also didn't draw any walks in 57 plate appearances. If he stays healthy -- a huge effing "if" -- d'Arnaud is my pick for this award in 2016.

Lucas Duda: It doesn't feel like Duda was really as good in 2015 as his .838 OPS and 27 home runs would suggest. He clustered so many of his home runs into small hot streaks, while looking lost for weeks at a time. Not that his hot streaks weren't useful -- he was tremendous in the Mets' 11-game winning streak in April -- but it made him a frustrating player to watch. He also hit like a middle infielder in the postseason. Still, over the last two seasons Duda has hit 57 home runs with a 134 OPS+. That's pretty damn good.

Curtis Granderson: After struggling through the 2014 season, it looked like Granderson's contract might become a Jason Bay-esque albatross. But then he went out in 2015 and totally redeemed himself. He was a rock at the top of the lineup, getting on base and re-gaining his power stroke to the tune of a .259/.364/.457 slash line with 26 home runs. He played almost every game and was a fine ambassador for the organization both on and off the field. On top of it, The Grandy Man also performed well in the playoffs, hitting three home runs against the Royals in the World Series. It was the kind of season to inspire you put a Granderson t-shirt on your holiday gift list.

Daniel Murphy: Murphy enjoyed his customary regular season: slighty above-average hitting, poor fielding, maddening mental mistakes. Then came his unprecedented, inexplicable postseason. He carried the Mets through the first two rounds of the playoffs, hitting seven home runs against some of the best pitchers in baseball. He snapped back to reality in the World Series, but his performance in the NLDS and NLCS will be talked about for a long time. Best of luck to Murph going forward, whichever team he signs with (Rockies? White Sox? who knows).

And the Piazza for Best Position Player, in a unanimous vote, goes to...

Curtis Granderson! Touch 'em all, Curtis, you deserve it! 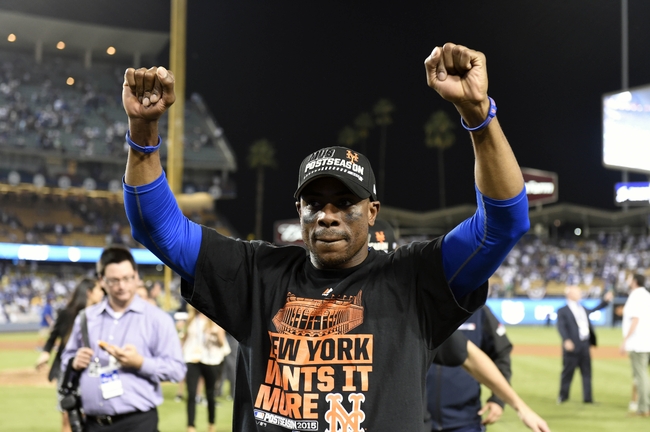