Our top 25 prospects series rolls on as we discuss a group dominated by upper-round talent.

In case you missed it yesterday, it's worth mentioning that we're formulating these ranking based on an aggregate approach. Specifically, the rankings democratically capture the varying thoughts and insights of the entire Amazin Avenue minors team, giving us a well-rounded, representative final product. That is, instead of a more autocratic, top-down methodology where one all-knowing, all-seeing ruler -- a prospect emperor if you will -- emanates minor league insights forcefully, benevolently like so many rays radiating from the sun. Not that I miss those days or anything...

I digress. Let's to our next group of top Mets prospects, shall we?? 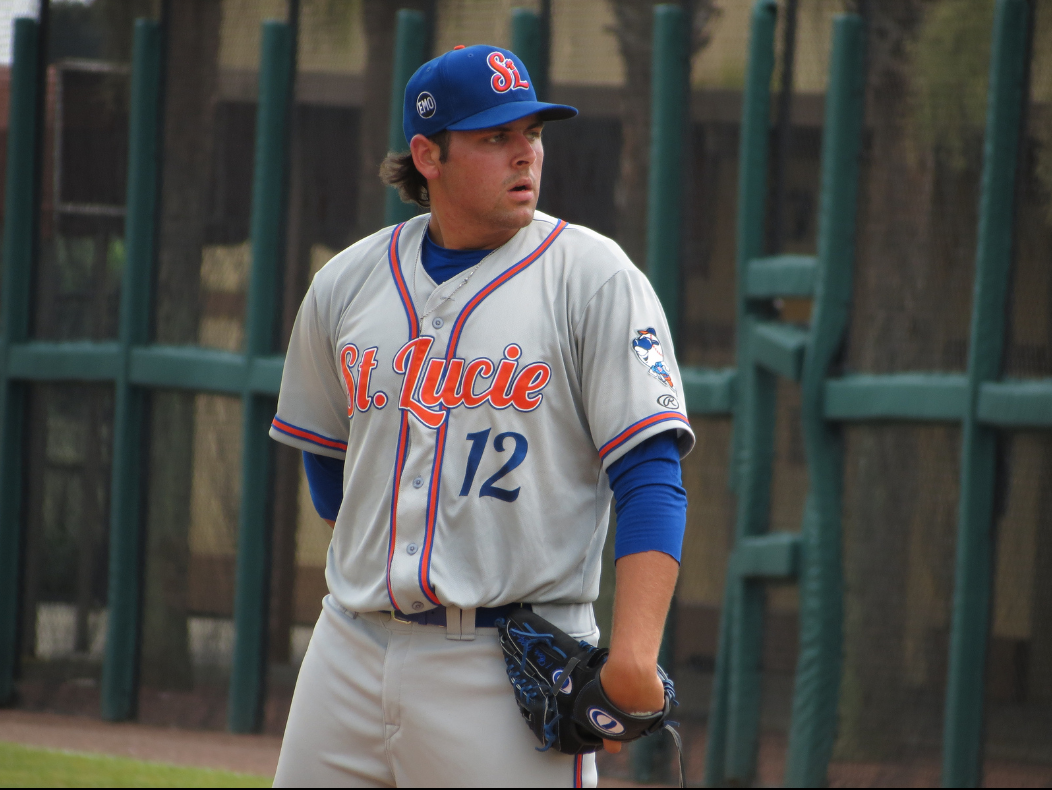 Selected by the New York Mets in the first round (44th overall) of the 2011 draft out of Deer Creek High School in Edmond, Oklahoma.

"The bloom is off the prospect rose for the former first-rounder with one-time aspirations to complement the likes of Harvey, Wheeler, and Syndergaard. Staying healthy has been a serious bugaboo for the 21-year-old Fulmer who has already dealt with concerns over his knee, shoulder, and elbow during his short professional career. The stuff hasn't developed to the level that many hoped from the high ceiling prep draftee; however, there is still enough there for a potential bounceback in a return trip to Binghamton in 2015. At this point a career in relief seems very likely." 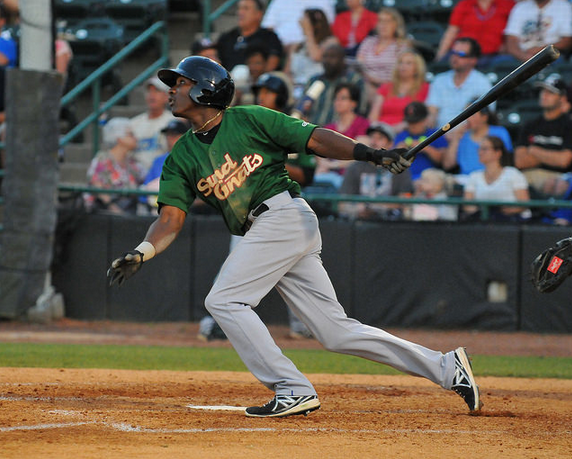 Selected by the New York Mets in the sixth round of the 2013 draft out of Brevard College in Brevard, North Carolina.

"The 22-year-old Stuart rates as one of the system's most intriguing prospects thanks to his unorthodox background as a toolsy, yet unrefined product of the Bahamas. Featuring 80-grade speed, he'd be interesting even without a surprisingly patient approach and more pop than you'd expect from this profile. That said, there is more than a little swing-and-miss in his game, which will likely be the proving ground that will determine the shape of his career. Like Brandon Nimmo, his background has him well behind his age-peers in terms of repetitions, which is a blessing and a curse in that there may be more to dream on here. In any case, the comp might be lazy, but fresh off a postseason dominated by the Royals and their speedy outfielders, a Jarrod Dyson-style player is easy to envision here." 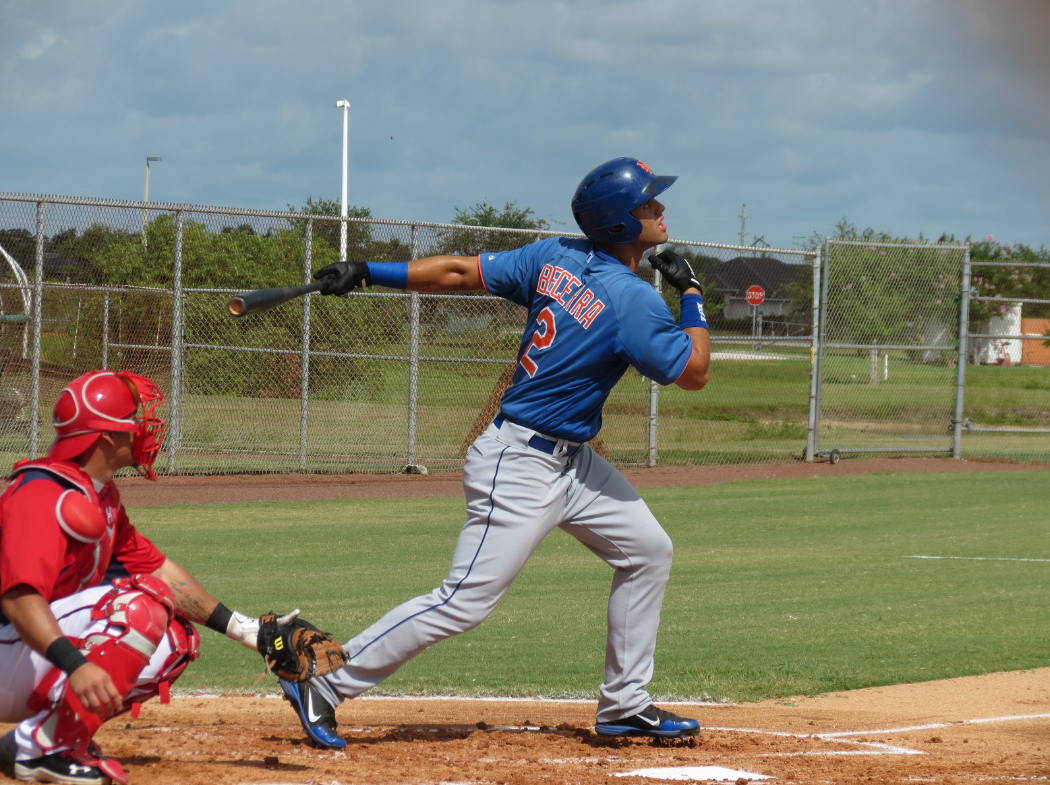 Acquired by the New York Mets with catchers Travis d'Arnaud and John Buck and pitcher Noah Syndergaard from the Toronto Blue Jays for pitcher R.A. Dickey and catchers Josh Thole and Mike Nickeas on December 17, 2012. Originally signed by the Blue Jays as an international free agent in July of 2012 out of Caracas, Venezuela ($1.3 million).

"The "non-elite prospect" in the R.A. Dickey deal started to bring some of his seven-figure tools into games in 2014. Becerra has a classic right field profile, and he already looks the part at 6'4" and 220 pounds or so. He's athletic for his size, an average runner who ticks up to solid-average underway, and with more than enough arm for right field. His batting practice displays were second only to Ivan Wilson's, and he couples his easy raw power with a better approach and eye than Wilson. The approach and eye still need work,mind you—it is rookie ball—and Becerra's swing is long at present and he struggles to stay back against spin. That is not uncommon at this level, though, and in a system that leans towards polish over tools, Becerra's upside has been a welcome addition. " 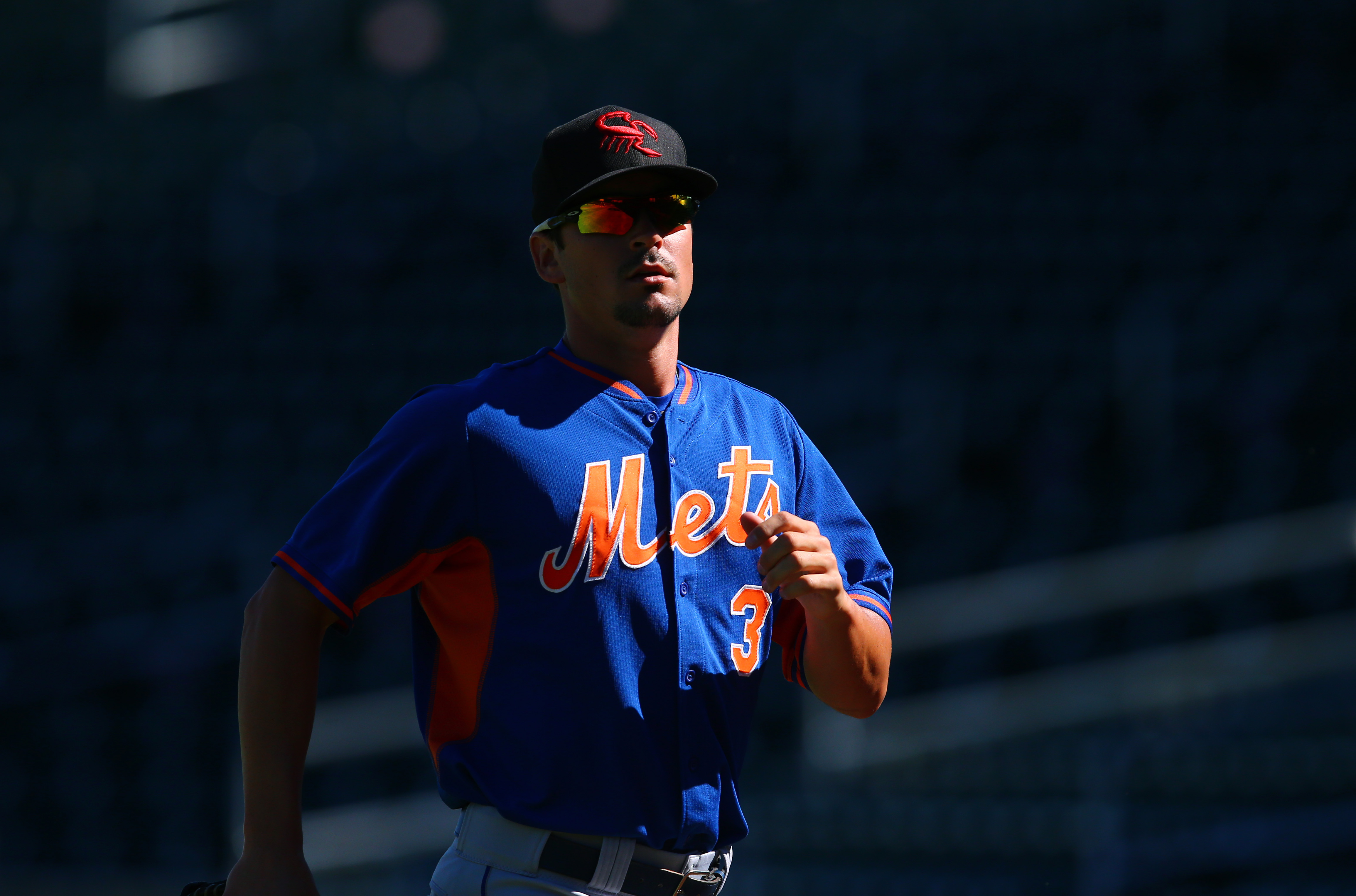 Selected by the New York Mets in the second round of the 2012 First-Year Player Draft out of the University of Arkansas.

"There’s no denying that his 2014 season was impressive, but Matt Reynolds still has a tall hill to climb to demonstrate that he can stick with an MLB team in any kind of meaningful role. Defensively, he’s better suited for second or third, rather than shortstop. As we’ve already seen in 2012 and 2013, if Reynolds isn’t able to maintain a high batting average/OBP, he loses most of what makes him attractive." 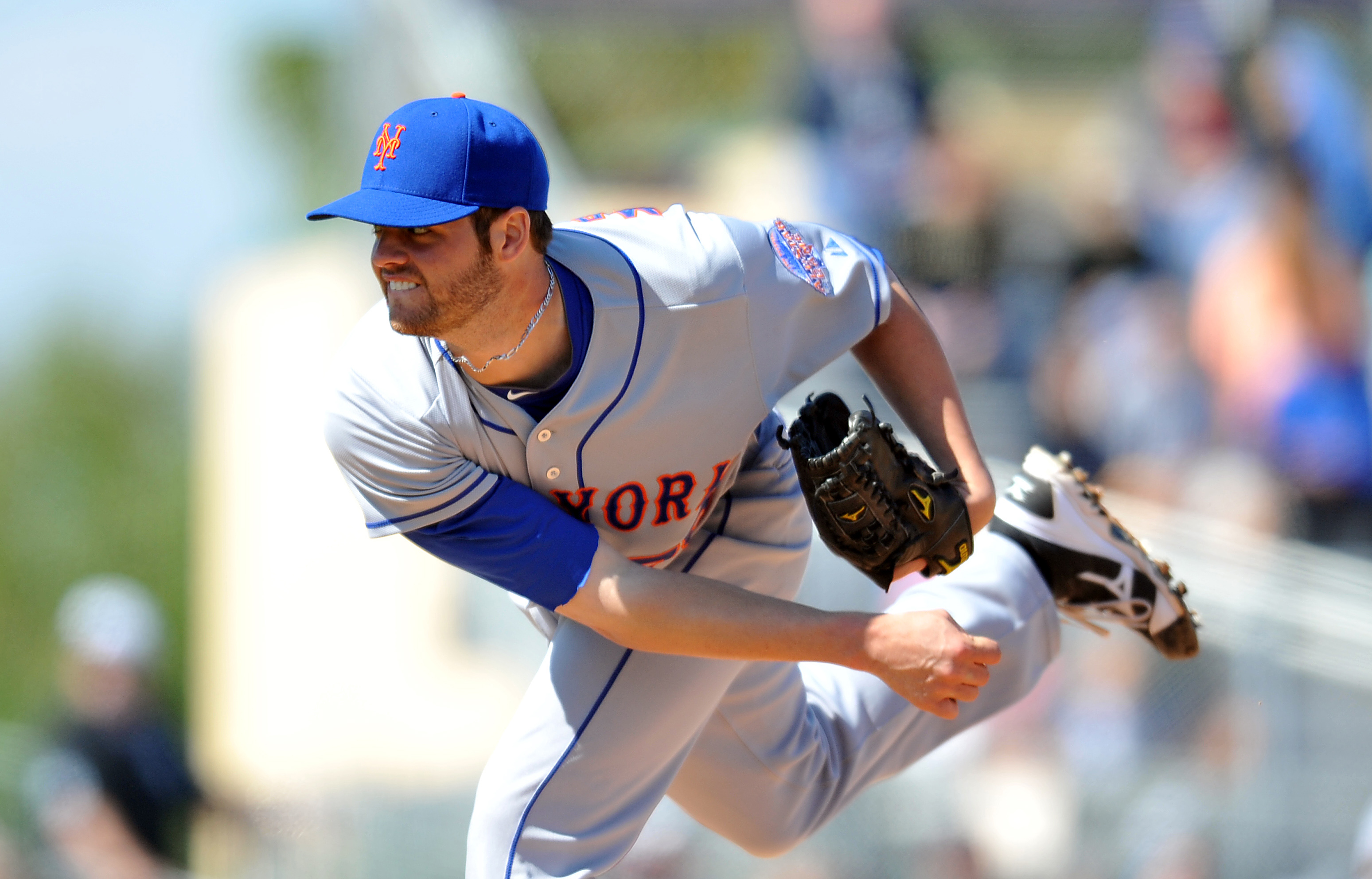 Selected by the New York Mets in the second round of the 2011 First-Year Player Draft out of North Carolina State University.

"If it feels like Mazzoni has been around a while, well, that's because he has. After a strong first full season where he reached Double-A back in 2012, it looked like he'd be making a run at the Mets rotation and quick. Two years later, injuries and inconsistency have stalled that progress significantly. Not only has the rising tide of pitching depth in the system passed him by, a host of relatively minor injuries have most envisioning a reliever long term. Still, the major league caliber fastball-slider combo remains undeniably attractive, as does his ability to miss bats against high-level competition. While a major league starting pitcher role isn't completely out of reach, odds are good that if he can remain healthy, we'll see Mazzoni converted into a power relief arm a la Bobby Parnell."