Eric Campbell heads into 2015 looking to fill the same role he did last year, a bench guy who provides versatility of playing multiple positions in the infield and outfield.

Eric Campbell was drafted by the Mets in the eighth round of the 2008 draft out of Boston College. It wasn't until he reached Double-A Binghamton that he experienced real hitting success, but that was over the course of three seasons in which he spent varying amounts of time at the level. Finally, in 2013, he reached Triple-A Las Vegas and produced big numbers in the hitter-friendly environment.

Campbell then proceeded to hit well during spring training last year, but the signings of Curtis Granderson and Chris Young, a glut of first baseman, and David Wright locked in at third base combined to limit the chance that Campbell would go north with the Mets. But he got his opportunity, as spots in the infield opened up with the Ike Davis trade Josh Satin getting injured and then demoted to Triple-A.

Once Campbell was called up, he played a jack-of-all-trades role for the Mets. The majority of his innings were spent filling in at third base for David Wright and at first base as the right-handed half of a platoon. But he also logged innings in the corner outfield spots, at second base, and even at shortstop. This positional versatility proved useful, even while his hitting numbers began to decline in August. He finished with a .263/.322/.358 line. All in all, his season was good for half a win, as measured by fWAR. 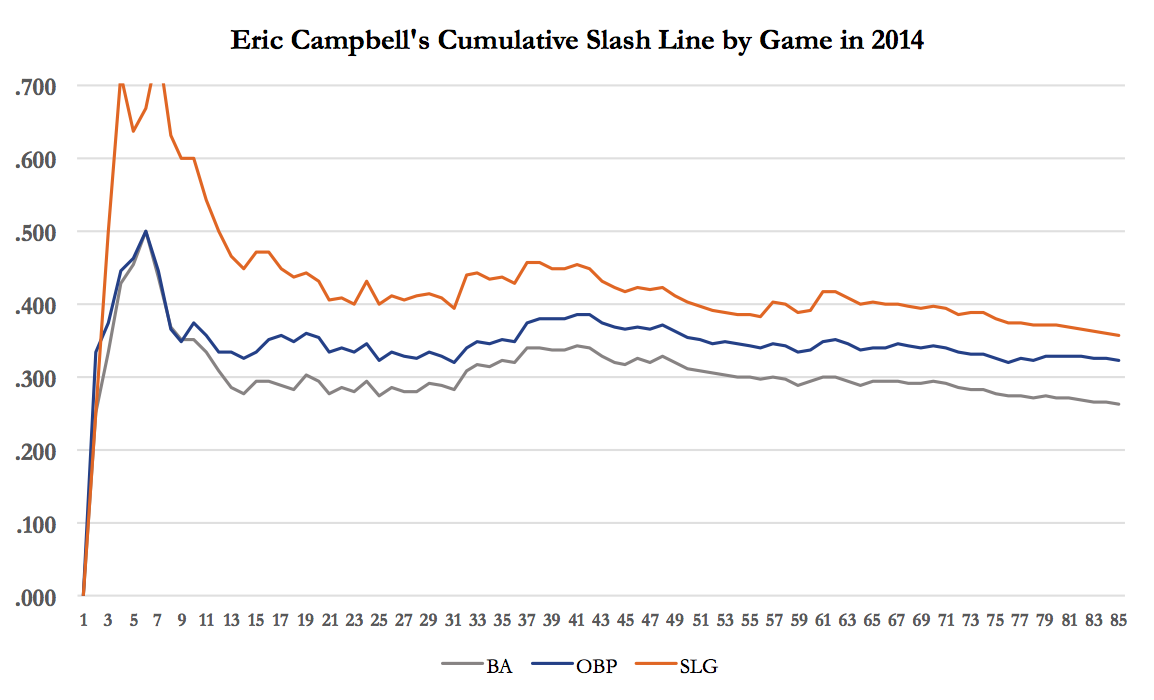 Campbell should make the major league club out of spring training for the first time in 2015. He will be expected to bring the same positional versatility that he brought to the team last year, and he's been doing a bit of work as a catcher early in spring training. He might see decreased time at some positions due to the signings of Michael Cuddyer and John Mayberry Jr., but he should still find innings around the field. As long as Campbell hits at satisfactory levels, his versatility should keep him on the Mets bench this year.