Anthony Recker will continue as the Mets' backup catcher, a role he has filled for the past two seasons.

This season will be Anthony Recker's third with the Mets as a backup catcher. He previously appeared in the majors with the A's and the Cubs, the latter which designated him for assignment in 2012 and allowed the Mets to claim him. In 2013, Recker appeared in 50 games for New York, including one in which he pitched the ninth inning of a lopsided game. He was demoted mid-season but returned to the majors after John Buck was dealt to the Pirates. Recker finished that year with a .215/.280/.400 line.That, combined with his defense, translated to barely-above-replacement-level year.

Recker followed 2013 with a similar campaign in 2014. He appeared in 58 games and hit .201/.246/.374, which contributed to 0.8 fWAR. A lack of contact contributed to these low totals, as Recker has posted strikeout percentages in the 30s in both years. Despite the strikeouts, he has shown the ability to hit the ball over the fence, with six home runs in 2013 and seven in 2014. 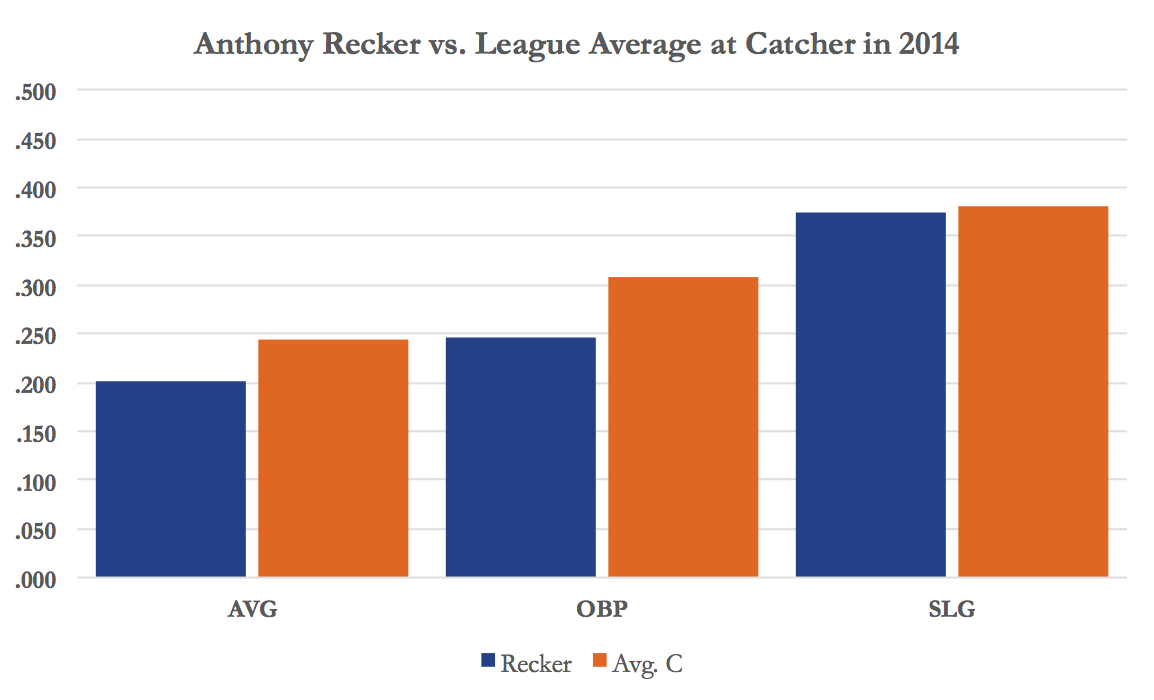 Recker recently discussed his offseason with Newsday. He referenced the high strikeout rates and expressed a desire to improve his contact skills in 2015. He also worked on becoming a better pitch receiver. Specifically, he wanted to improve by being quieter behind the plate in order to gain more strike calls.

The Mets are likely expecting more of the same from Recker in 2015. He and Travis d'Arnaud are the only catchers on the 40-man roster, so unless something unforeseen happens, Recker is penciled in for the backup role. Despite this seeming job security, he doesn't want to take his position for granted. Until a replacement is found, or perhaps Kevin Plawecki is called up from Las Vegas, Recker will continue to play the same role he has for the past two years.