The veteran right-hander finds himself in an unenviable position going into 2015. Does his future lie in the starting rotation, the bullpen, or with another team?

While he has never resembled an ace, Dillon Gee has been a major league pitcher over the past four-plus seasons. Since he got to the majors in 2010, Gee owns a career 3.91 ERA, 4.23 FIP, 1.29 WHIP, 6.5 K/9, and 2.9 BB/9. It speaks to New York's pitching depth, then, that someone like Gee has been pushed out of the starting rotation completely. Gee's future with the Mets seems to be nearing its end, as he figures to move to the bullpen to start the season, and the Mets have potentially-better pitchers on the way in Noah Syndergaard, Steven Matz, and Rafael Montero.

It's possible that the experiment of Gee in the bullpen will work out well temporarily, but it makes more sense that the Mets will trade him and his $5.3 million salary as soon as they can find a taker. Gee could probably crack several other major league starting rotations and could make sense for a team that finds itself in need of a starter early in the season. While his performance was inconsistent at best last season, a lot of that can be blamed on his lat strain in May, after which he missed nearly two months. Of course, Gee's absence led to Jacob deGrom's promotion, and deGrom is now one of the five pitchers pushing Gee out of the rotation. 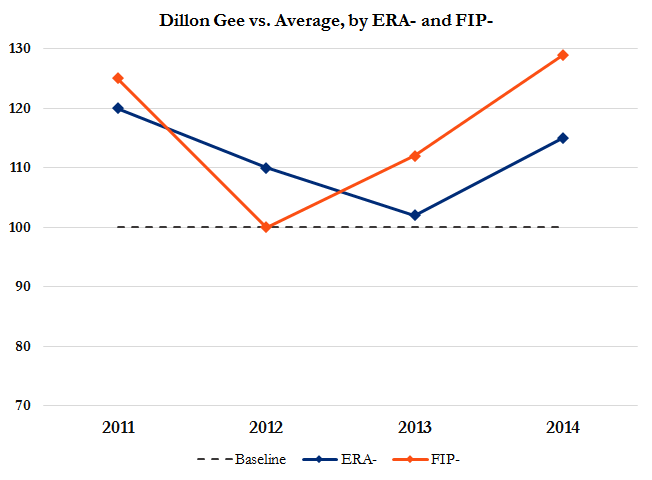 It would be unfortunate to see Gee go after he weathered the past few seasons with the Mets only to be jettisoned as the team's rebuilding process begins to pay off. But with the rise of fireballers like Matt Harvey, Zack Wheeler, deGrom, and Syndergaard, there just might not be room for Gee. Here's hoping the 28-year-old catches on with whatever team he ultimately lands with—preferably one not in the National League East.