Once considered to be New York's center fielder of the future, Nieuwenhuis has settled in as a useful part-time player.

After playing like an All-Star during his first month in the big leagues back in 2012, we've learned from three years of increasing strikeout rates that Kirk Nieuwenhuis probably isn't destined to be a major league regular. But his 2014 campaign showed that he can still be productive in bursts despite that pesky strikeout problem, which isn't going away. 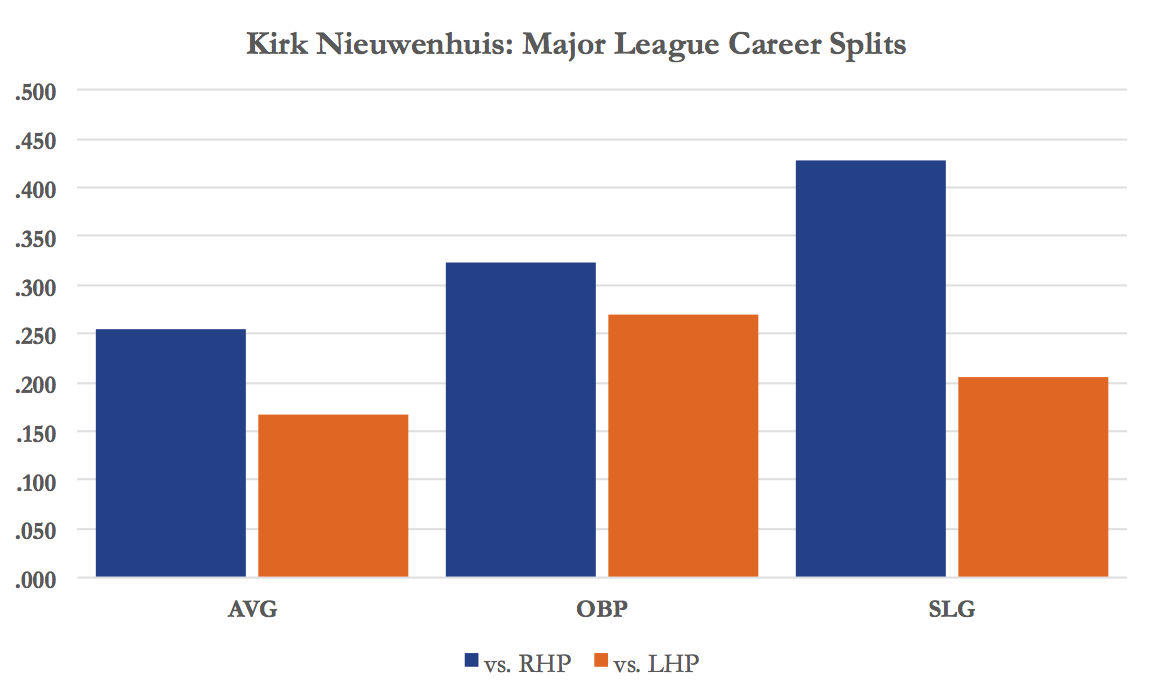 The Mets' two major league free agent signings of Michael Cuddyer and John Mayberry Jr. were made to provide power to the lineup and spell Lucas Duda against lefties. Considering Mayberry's limitations and Cuddyer's injury history, however, these two might need breathers from time to time—which is where Nieuwenhuis comes in. Considering his improvement against changeups last season and his solid defensive play across the board, he can be used to give Cuddyer a rest in right field or even act as a defensive replacement in close games.

Pinch-hitting for Juan Lagares would also be an option if the starting center fielder fails to make a leap offensively. Even though his strikeout-prone swing and failures against left-handed pitching makes Nieuwenhuis an inadequate starter, he can still be a very useful fourth or fifth outfielder if he can hit right-handed pitchers like he did last year.