Already the winningest manager in B-Mets history, Lopez is set to begin his fourth season with the team and has already seen some of his players go on to have major league success.

Share All sharing options for: Pedro Lopez, manager of the Binghamton Mets, values winning, nurtures prospects as they develop

Pedro Lopez is set to begin his fourth year as manager of the Double-A Binghamton Mets. Last year, he set the franchise record for wins as a manager during the regular season before leading the team to its Eastern League title, Binghamton’s first in twenty years. For him, winning that championship was important, not just for the achievement itself, but for preparing his players for major league success.

"Winning is part of developing, and in order for some of these guys to contribute at the major league level, they need to know how to win," he said at an interview at Mets spring training. "You see these guys work hard for five months and they finally accomplish that goal of reaching the playoffs, you want them to win because it’s all that they have worked toward.

"Last year was a tremendous year for us. As a whole organization it was a great year, and having us coming out on top and winning the championship, it was really rewarding for the guys."

The right-handed pitching prospect has a mind for the game.

"It’s important for the players to see those faces coming in and out, and it makes it feel good that they’re not being overlooked."

He has also been appreciative of the front office’s tendency over the past few years to bring veteran minor league players in to Binghamton.

"When you get to that Double-A level and Triple-A level, you’ve got to have that mix of young talent with older talent. And I think our front office has done a tremendous job of that. They have brought in good players. A couple years ago, we had Josh Rodriguez and Allan Dykstra—who wasn’t old but had been around a little longer than some of the other guys—and last year Brian Burgamy was great with the guys. Here’s a guy, 33 years old, and he was the MVP of the Mexican League in winter ball. And just having guys like Brian in the clubhouse, it was a lot of help for me. I always feel like, ‘veteran guys, that’s your clubhouse, and you’ve got to take care of your clubhouse.’ They did a good job, and just watching some of the younger players watching Brian go about his business every day, it sets a great example."

With just a few weeks until spring training is over and the minor league season begins, Lopez is prepared to make the adjustment from the warm Florida sun to the much cooler April weather of upstate New York. To help make that adjustment easier, he points out the importance of STEP camp—the Mets’ earliest minor league activity in Port St. Lucie each year—for starting pitchers.

"In the past couple of years here since Ron Romanick came in, basically all the starters are in the STEP camp. He wants to make sure—and all the pitching coaches want to make sure—that by the time spring training is over, these guys can go 100 pitches."

Still, every time they to get to Binghamton, Lopez and his players are freezing. He emphasizes that the early part of the season is about players keeping their heads above water.

"I can only imagine what they go through, especially as pitchers. They’ve got to go out there and execute pitches, and a lot of times you don’t get a good grip because it’s so cold."

Both at the beginning of the season and during it, Lopez, like all minor league managers, sees plenty of new faces. Whenever that occurs, it’s all about preparation—for both Lopez and his coaching staff and the player himself.

"As a manager, I always get a call from the manager that’s here in St. Lucie or wherever he’s coming from. They always give me a heads up on how he’s doing, whether it’s a pitcher or a position player. And then we get transfer reports, in writing and on the computer—things they’re working on, things they do well, and things they don’t do so well."

"He always sits with the starting pitcher and catcher that night to go over that game plan and what we’re trying to do. And basically the game plan is that everything is based on the pitcher’s strengths. We just try to put as much information as we can put on their plate in order for them to go out there and have some success." 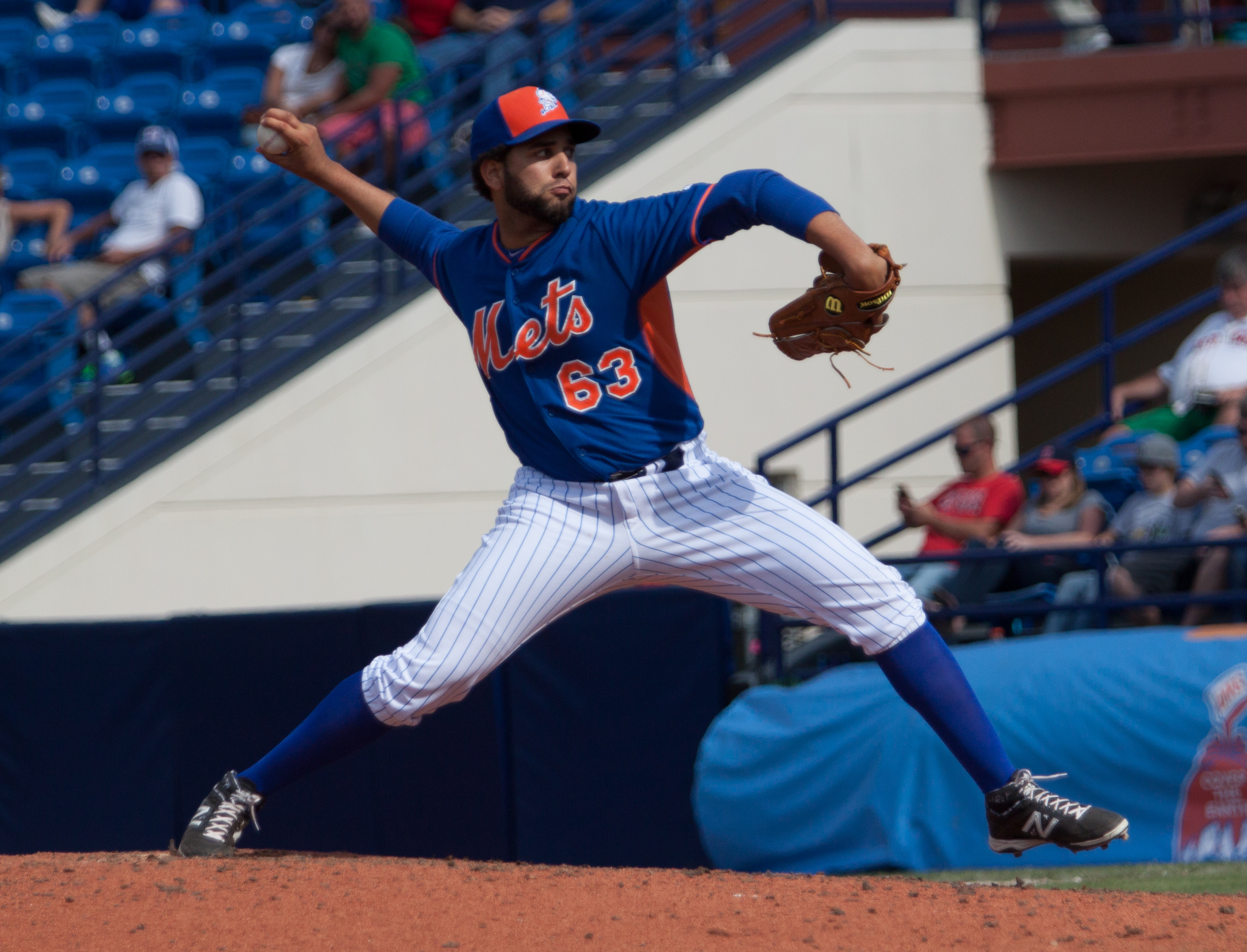 One of the new faces last year was 21-year-old Gabriel Ynoa, who Lopez had not seen pitch before his arrival. Ynoa had a 4.23 ERA in elevent starts with the B-Mets, but Lopez liked what he saw and thinks Ynoa’s time in major league spring training this year will prove beneficial to his development in the long run.

"He’s a strike-thrower, he’s got good command on his secondary pitches. Unfortunately, he faced better hitting. Some of the swings-and-misses that he was getting down at the lower levels, they weren’t swings-and-misses once he got to the Eastern League.

"It was just one of those adjustment periods that every player has to go through as soon as they get to a different league and a better league. He’s got some experience at the Double-A level. We still don’t know where he’s going to be starting the season this year, whether it’s going to be with me or Wally, but I think it’s going to be a good year for Ynoa, especially now being in big league camp and getting that little taste, from being in Double-A last year to now facing big league hitters."

As the Mets have developed players over the last few years and improved their minor league system over the past few years, Lopez has managed a few players who have already made it to the big leagues, a list that includes Zack Wheeler, Juan Lagares, Jacob deGrom, Rafael Montero, Wilmer Flores, Dilson Herrera, and Eric Campbell. While drafting and signing the right players is, of course, incredibly important, player development is a significant factor in the ability of an organization to help players improve and graduate to the big leagues.

Lopez seems to have the mindset that protecting his players is essential. He has been ejected from games more than a few times as manager over the past three years, and he aims to keep his players as upbeat as possible while they’re under his wing.

"I’ve always said that the one thing I bring to the table is that I’m trying to keep an environment to work and have fun every year. I try to keep them relaxed, tell them that even if it’s a bad outing—or if it’s a positon player that has a bad day—it’s okay. It’s going to get better."