"Pickles" forces the Mets to make tough decisions about second base.

Dilson Herrera shot through the Mets' system in 2014, starting in High-A and ending in the majors. He posted a 120 wRC+ at High-A as a 20-year-old, then improved further with a 166 wRC+ at Double-A Binghamton. In his brief major league trial, Herrera hit three home runs and batted .220 with a 105 wRC+ before his season ended with an injury.

Throughout 2014, Herrera had a total of eight at-bats against pitchers younger than he was, speaking to his advanced development relative to the rest of his age group. He doesn't have much more growth left in his 5' 10" frame, so he might not ever be a superstar offensively. Still, he represents a pretty safe bet for an above-average second baseman with solid power and speed to go with acceptable defense. 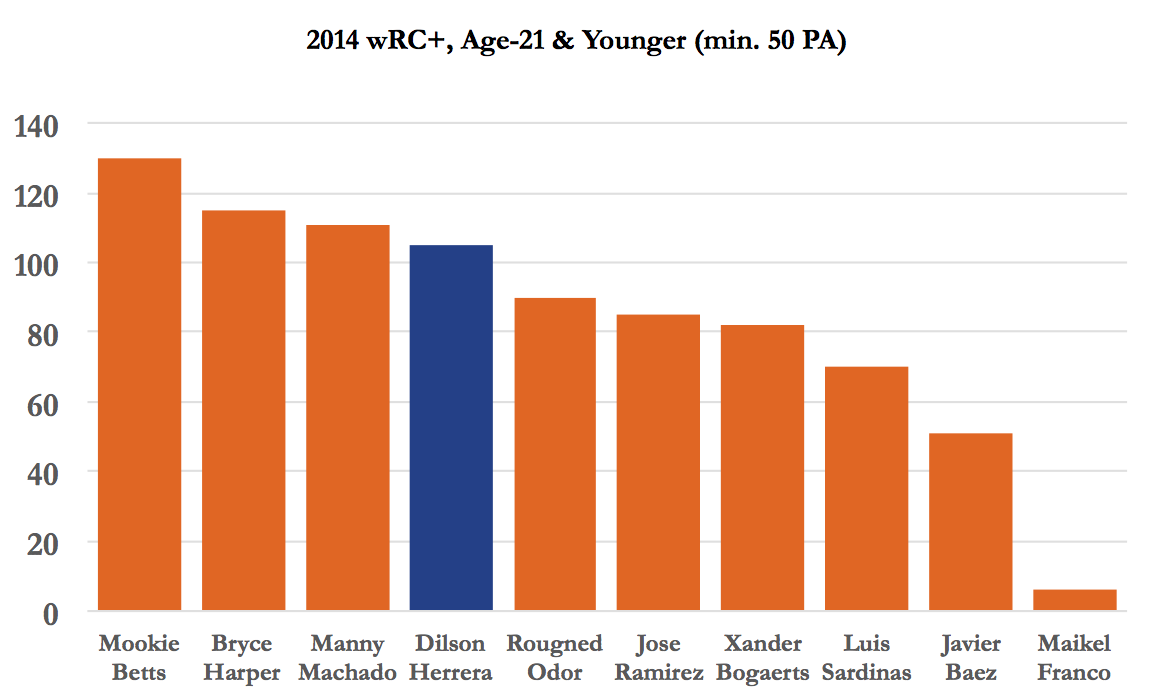 Despite this obvious upside, Herrera's 2015 role is murky. With Daniel Murphy in the last year of a his contract and on the border of deserving a qualifying offer or not, the smart move might be to move the more established second baseman and insert Herrera at the position, and it's not hard to argue that Herrera could contribute more than Murphy if he reaches his potential. As Rob stated in his writeup of Herrera for the Mets top 25 prospects series, don't be surprised if Murphy is moved to give Herrera the full time job. However, removing one of the Mets few stable bats in a year where the wild card is a legitimate possibility is a risky proposition, even if Murphy's offense is chronically overrated by Met fans.

Under the assumption that Murphy isn't going anywhere in 2015, Herrera offers a valuable depth piece. If Murphy or David Wright were to miss any extended stretch, Herrera could get the call to fill in at second base, with Murphy shifting to third as he did at the end of 2014 if Wright is hurt. Having a low-risk option to hedge against injury is an important part of building a contender, so Herrera will be serving an important purpose even if he isn't starting in the big leagues.