The Mets' top prospect's debut is a big reason to look forward to the 2015 season.

One of the many reasons Mets fans have to be excited about the upcoming season is the projected emergence of their crop of young pitching. While Matt Harvey and Jacob deGrom highlight the Mets' starting rotation, the biggest name may be yet to come in top prospect Noah Syndergaard. The 6-foot-6, 22-year-old—nicknamed Thor—features an above-average fastball, graded 70 on an 80 scale by MLB.com, that tops out in the upper-90s. He also has a curveball that Terry Collins dubbed "the hook from hell" last spring. Syndergaard was ranked one of the top ten prospects in baseball on MLB.com's 2015 Top 100 Prospects list.

In 2014, Syndergaard had a 4.60 ERA in 26 starts in Triple-A Las Vegas, but our own Rob Castellano says "we should pay more attention to his 3.70 FIP in the extremely tough pitching environment of Las Vegas than to the 4.60 ERA." Syndergaard struck out 9.81 opponents per nine innings, and, as Rob writes, "features the rarely seen combination of electric, top-tier stuff and excellent command that allows scouts to comfortably project a future number one who could contend for Cy Young awards". 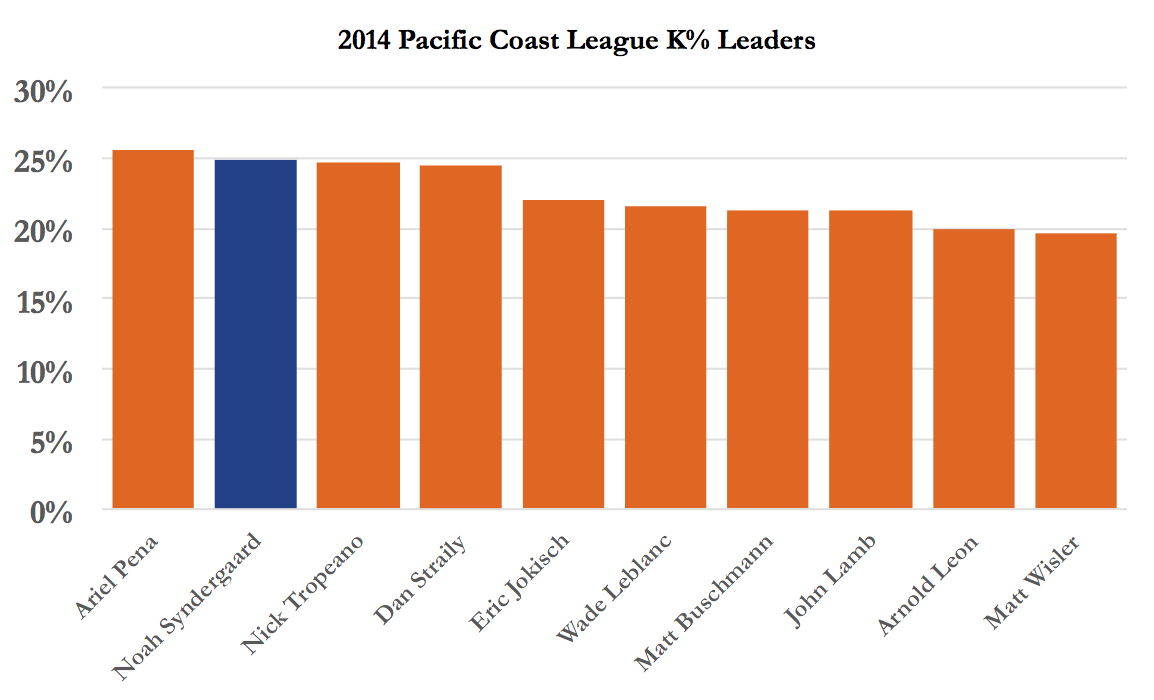 While Syndergaard’s name was floated around by the media in the multitude of offseason Troy Tulowitzki trade rumors that didn’t come to fruition, Sandy Alderson made clear recently that the Mets "simply were not going to trade Noah Syndergaard." The Mets acquired Syndergaard, along with catchers Travis d’Arnaud and John Buck and young outfielder Wuilmer Becerra, in the blockbuster trade that sent then-reigning National League Cy Young winner R.A. Dickey to the Blue Jays in 2012.

The highly anticipated debut of the Mets’ number one prospect is a big reason to look forward to the 2015 season, especially now that Zack Wheeler is out for the season. It is almost a certainty that Syndergaard begins 2015 in Triple-A Las Vegas, but Mets fans should expect him in Queens sooner rather than later.