The 24-year-old is an important depth piece for the Mets.

Overshadowed by top prospects Noah Syndergaard and Steven Matz and 2014 National League Rookie of the Year Jacob deGrom, Rafael Montero has become something of a forgotten man despite a strong prospect pedigree and minor league track record. His forgettable 2014 big league debut should not take anything away from his important role for the 2015 Mets.

Montero's first stint went poorly. In 44.1 innings, he walked 4.67 hitters and surrendered 1.62 home runs per nine with a 4.06 ERA and a 5.14 FIP. The walk rate was particularly alarming, as Montero had never posted a mark higher than 2.0 per nine in his professional career before last year. Qualitatively, he seemed prone to nibbling, and his mediocre secondary offerings made it difficult for him to put hitters away. 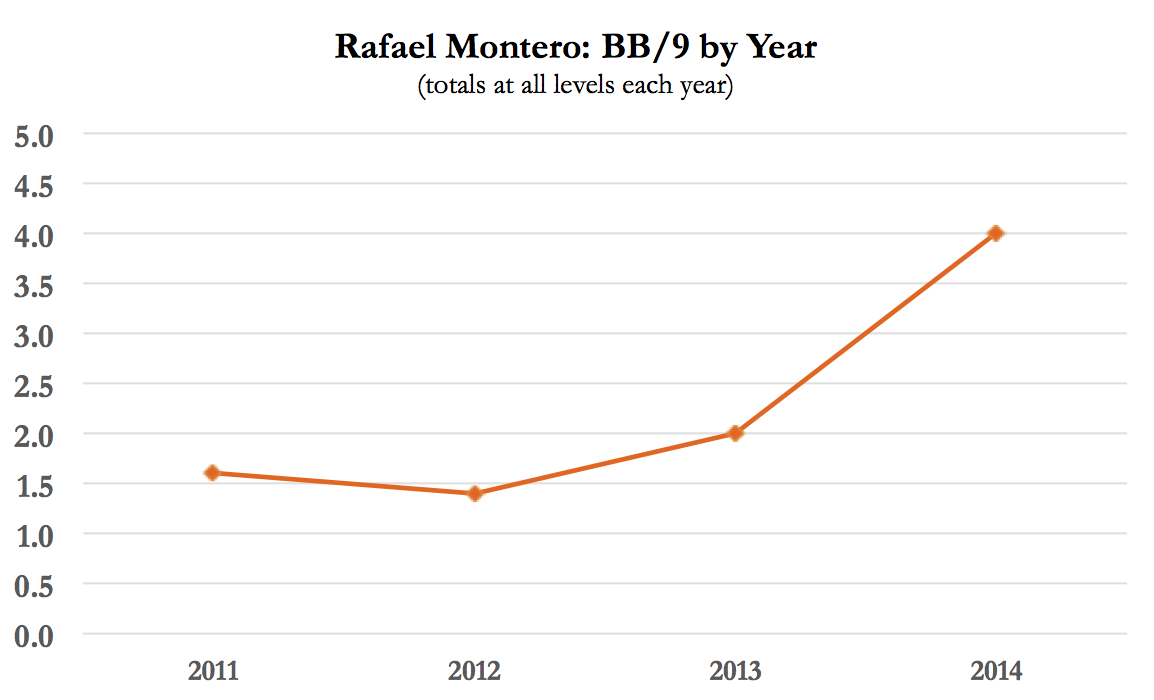 Still, this was a very small sample size, heavily influenced by an inflated 14.5% HR/FB rate. Montero has previously demonstrated his ability to suppress walks and home runs, even in the hostile Las Vegas environment, and though there are many pitchers who never translate success in Triple-A to major league production, 44 innings is far too small a sample to doom Montero.

Montero's 2015 value might not be as obvious as other top prospects or recent graduates of the Mets pitching pipeline, but he'll still serve a critical role. The current projected rotation includes two Tommy John alumni in Harvey and deGrom, a pitcher with a litany of shoulder issues in recent years in Niese, and a 42-year-old in Bartolo Colon. To say depth is important is an understatement. Montero's presence would allow the Mets to skip some starts for Harvey and potentially dump DIllon Gee's salary. Ideally, Syndergaard will take a spot in this rotation at some point this season, as well, and Montero offers a hedge against any struggles that Thor might have in a playoff race. Montero could also see some time in the bullpen. WIth Jenrry Mejia, Jeurys Familia, and Bobby Parnell all having undergone surgery since the last time they took the mound, Montero offers some solid right-handed depth.

This multifaceted depth role epitomizes what a good farm system does for a team, spitting out cheap, young quality, players, eliminating the need for the retreads the Mets have relied on too much in recent years. The Mets have a very high ceiling pitching staff thanks to the plethora of top prospects. Montero helps give them a high floor for 2015, which will hopefully help carry them back into contention.