Can the "Leather Rocket" play a role in the Mets' bullpen sometime this year?

Jack Leathersich, the Mets’ talented 24-year-old left-handed relief pitcher, was optioned to minor league camp after allowing five earned runs on three hits and five walks in four-and-two-thirds innings this spring. He was an unlikely candidate to make the team out of spring training given his tendency to inconsistently command the strike zone, so a stint in the minor leagues to start the season should give him the chance to improve before debuting with the Mets later this season.

In Double-A Binghamton last season, Leathersich struck out an unbelievable 15.46 opponents per nine innings with a 2.93 ERA over 46 innings. Leathersich’s ability to strike out hitters at a dominating rate is unquestionable. But walks are holding him back, and they have been a problem for him throughout his professional career. If he can bring down his 1.36 WHIP from 2014, there is not much stopping him from being a vital part of the Mets' bullpen. 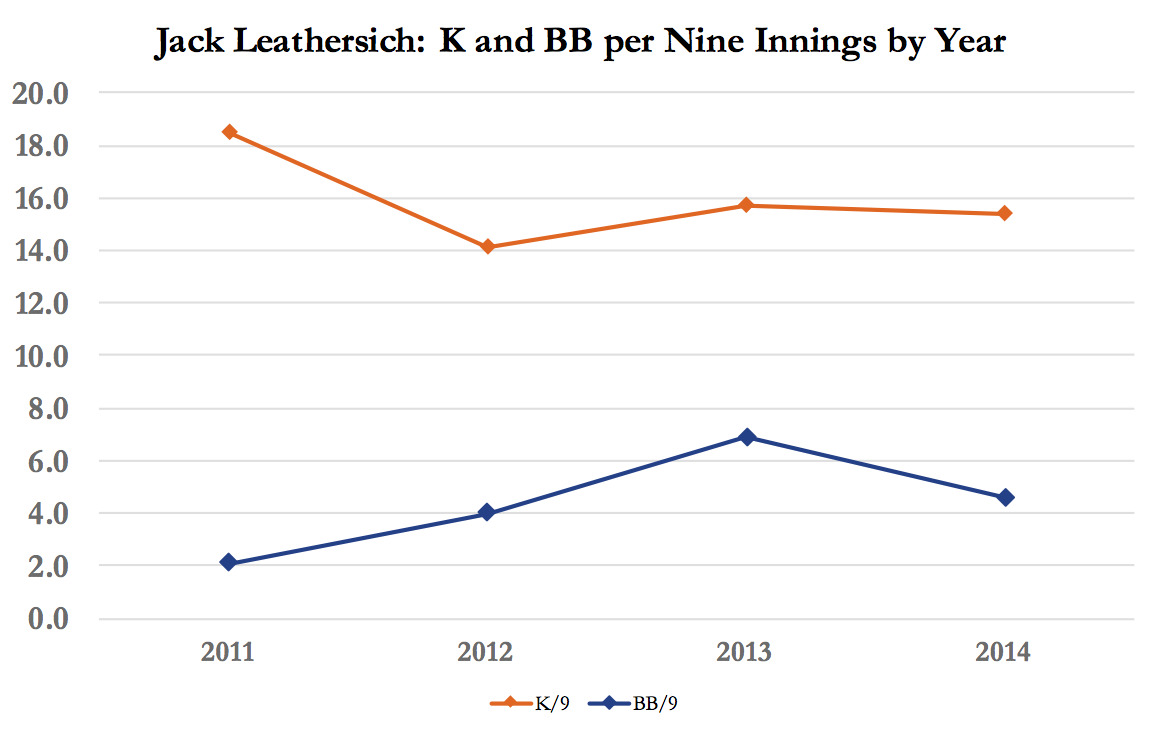 The Mets believe in Leathersich and showed it by adding him to the 40-man roster last November, preventing him from getting selected by another team during the Rule 5 draft. Triple-A pitching coach Frank Viola says that Leathersich reminds him of ex-Met Sid Fernandez because of his ability to make the ball appear like it is going faster than it actually is.

During an interview with SNY's Robert Brender, Leathersich expressed his dream of pitching at Citi Field, and acknowledged that he needs to throw more strikes and stop walking so many guys.

"You can't walk guys in the big leagues. That's not going to work," Leathersich said. Growing up, Leathersich looked up to former Mets' closer Billy Wagner, who he claims to pitch with the same intensity of . "You could tell in his eyes when he was pitching that he didn't fear anybody. He would go at you. I feel that's how I pitch."

If Leathersich can make the necessary strides in Triple-A early this season by cutting down the walks, the Mets could have another good young arm added to their arsenal as they try to make the postseason this year.