Coming off a down year, the third baseman is a good bet to bounce back.

Doubt David Wright at your own risk. We’ve been down this road before, of course, after Wright—one of the better players in baseball over the past decade—had his then-worst single season in 2011. He bounced back in grand fashion over the following two years, hitting about as well as he ever had, but turned in his worst season as a hitter in 2014, turning in a just a league-average slash line for the first time.

Now 32 years old, it might not be quite as easy to return to form as it was three years ago when he was 29. But people like to categorize things, and Wright is a player who is on the wrong side of thirty with a significant contract extension under his belt. Throw in last year’s down year, and to some, he is clearly in a rapid state of decline. That’s not impossible, but it does not by any means seem like the most likely outcome. 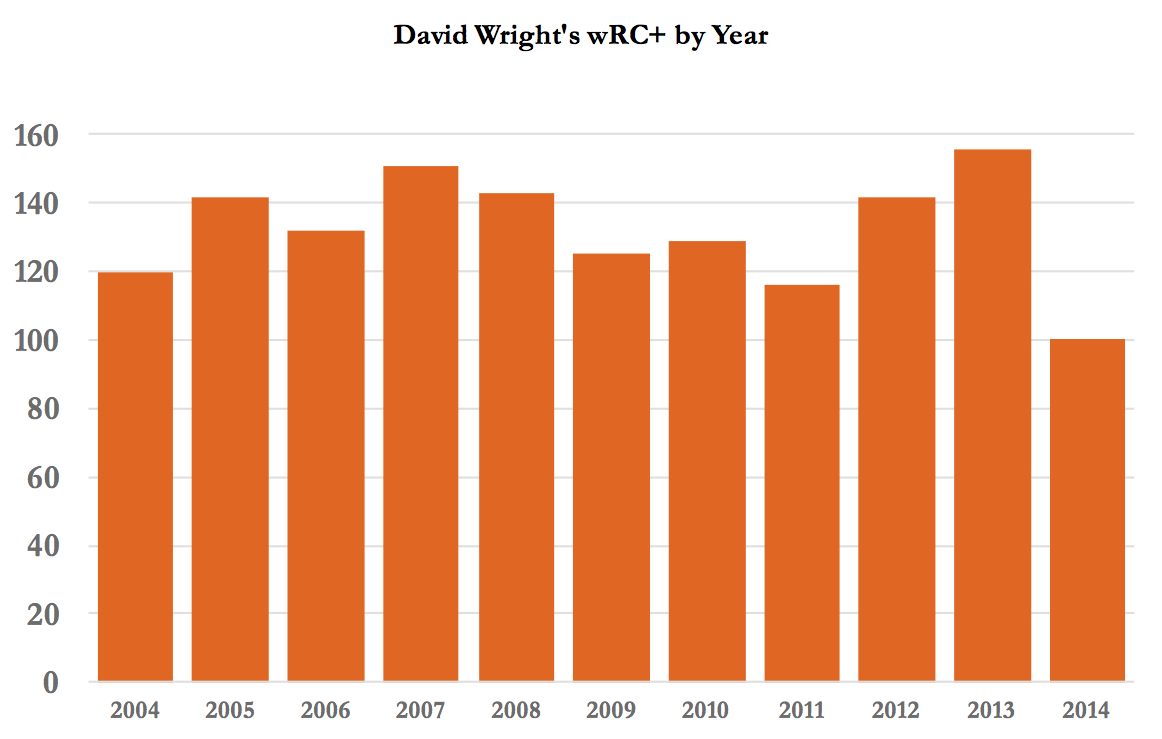 The Mets moved in to Citi Field in 2009, and Wright had a down year, at least by his standards, though his 125 wRC+ that year was nothing to sneeze at. Plenty of people fixated on the fact the hit hit just ten home runs, ignoring the notion that it’s still possible to be a good hitter fewer of them. Wright got on base at a .390 clip that year, which was still very good even before baseball’s fairly steep decline in offense over the following years.

In 2010, Wright hit 29 home runs but had a 129 wRC+, mainly because he had a .354 on-base percentage. And then came the aforementioned 2011 season, in which Wright hit just fourteen home runs and had a .345 OBP, his worst combination of avoiding outs and hitting for power yet.

Not everything has been perfect, of course. Wright has missed significant chunks of time with injuries over the last four years, and last season happened. But for a guy with such a long track record who hit very well not that long ago, I’d take the over on the Wright’s projections this year.