Friends of Amazin' Avenue, it's again one of my favorite times of the year! We're ready to begin piecing together what is set to be the sixth annual edition of Puppy Avenue! The Mets' 2015 season begins on Monday, so let's start compiling pictures. If you're new around here or if you somehow missed this exercise the last few seasons, you may be saying to yourself "what in the world is Puppy Avenue?" Well, I'm glad you asked. Here's a rundown:

Your task is to scour the internet for pictures of dogs that bear resemblance to players on the 2015 Mets roster. The goal? To create an entire canine roster. Why? Because it's fun! (DUH!) To add to the madness, there's no limit as to who is in play, so we can create a dog front office, SNY crew, minor league team, and even rivals as we've done in the past.

Once you find a great picture to use, post it in the comment section of this Fanpost. In the actual Puppy Avenue post on the main page, you'll be credited for finding the picture! If you really like a picture, go ahead and "rec" it. You can vote for as many pictures as you want, as I just want to see which are the most well-liked of the pictures. Depending on how many get submitted and how the voting turns out, some players will get one picture, while other players will get multiple pictures. Also, it'd be great if we can try to not reuse pictures from previous Puppy Avenues but if a certain picture really fits the player in question, so be it. This thread will be open until next Friday and I'd like to put together the actual Puppy Avenue post in time for the 2015 home opener on April 13). 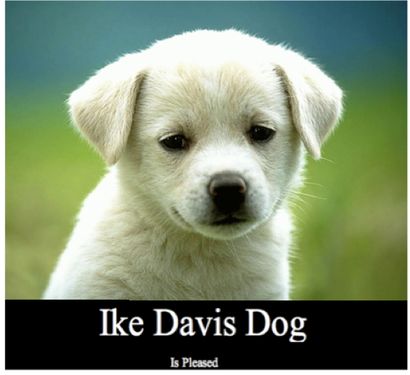 So I think that's enough of an introduction. Go ahead and start searching for those dog pictures! Go, go, GO!