The 24-year-old southpaw has made the Mets' roster and has an opportunity to stick.

When Josh Edgin went down with an elbow injury early in spring training, the Mets were left without their only left-handed relief pitcher expected to make the team. Since then, a lot has changed, as the Mets traded for two left-handed relief pitchers at the end of spring training, both of whom are in the Opening Day bullpen. But the 24-year-old Sean Gilmartin still made the roster, too. Selected by the Mets in the Rule 5 draft this offseason, Gilmartin must be offered back to the Minnesota Twins if the Mets do not keep him on the major league roster all year.

In an interview during spring training with SNY's Alexa Datt, Gilmartin said that he has success when he's establishing his fastball early to get ahead in the count, which makes his offspeed pitches more effective. Gilmartin's fastball typically sits in the high 80s, topping out at 92 miles per hour, but his best pitch is his changeup, which ranges from the mid-70s to about 81. He also throws a curveball and a slider. 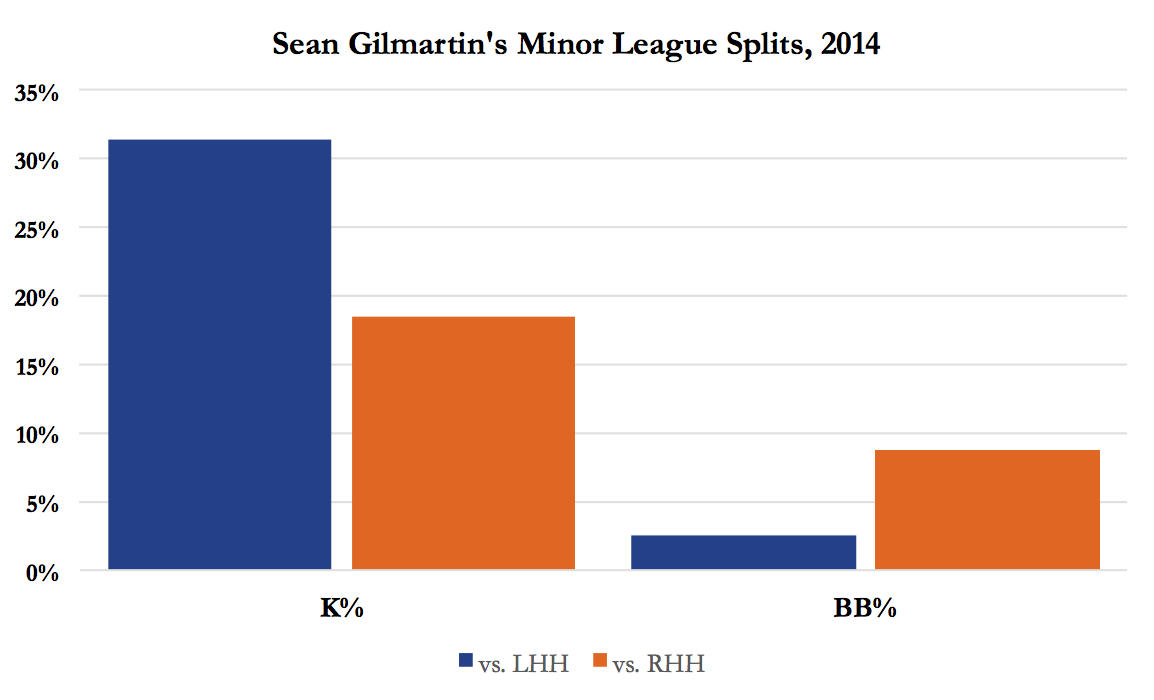 Gilmartin's best two outings of the spring came against the New York Yankees. He totaled three shutout innings, striking out two and only allowing one baserunner. When Sandy Alderson was asked earlier this offseason which left-handed relievers the Mets were considering to make the ball club, he said that Gilmartin had a good chance to be "the guy" because is not exclusively a lefty-specialist, despite lefties only hitting .201 off of him in Double- and Triple-A last season. In 2014, he had a 3.71 ERA over 145 combined innings between Double-A and Triple-A as a starting pitcher.