The Mets lost by a wide margin in Toronto on Wednesday night.

The Mets would probably like to forget their game in Toronto last night. Although Jon Niese was relatively effective in his starting, allowing three runs over seven innings to a Toronto Blue Jays lineup that has typically been very tough on left-handed pitching, the Mets were shut out. 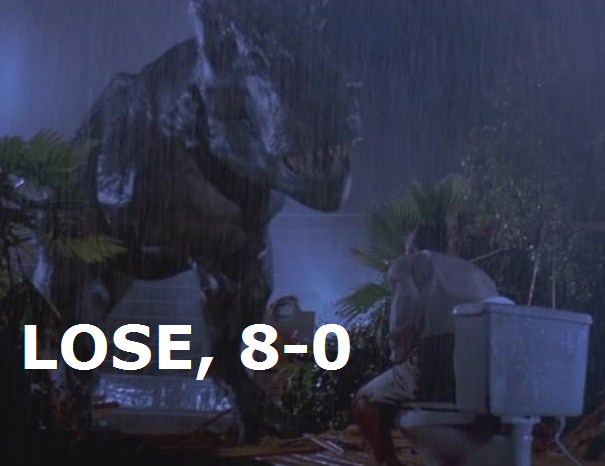 Niese gave up one run in each of the second, sixth, and seventh innings. In total, he struck out six, walked four, and gave up seven hits. He wasn’t exactly dominant, but again, he at least pitched well enough that a comeback wouldn’t have been impossible.

The Mets didn’t score, though, and only had a couple of opportunities in which they threatened to do so. So when Akeel Morris came into the game to pitch the eighth inning and gave up five runs in two-thirds of an inning, the results might not have mattered all that much.

It was tough to watch Morris struggle the way he did, as he gave up those five runs on three walks and three hits, one of which was a home run. Before last night, the 22-year-old had never pitched a game above High-A Port St. Lucie, where he had a 1.69 ERA in 24 appearances this year. The Mets sent him back to the minors after the game, but the good news for him there is that he’ll be pitching in Double-A Binghamton.

On the bright side, every team in the National League East but the Braves lost last night. That would be better if the Mets had put some distance between themselves and the teams behind them, but they are still one-and-a-half games up on the Nationals for the division lead. They’ll try to maintain or improve upon that lead tonight in Toronto when they face old friend R.A. Dickey. 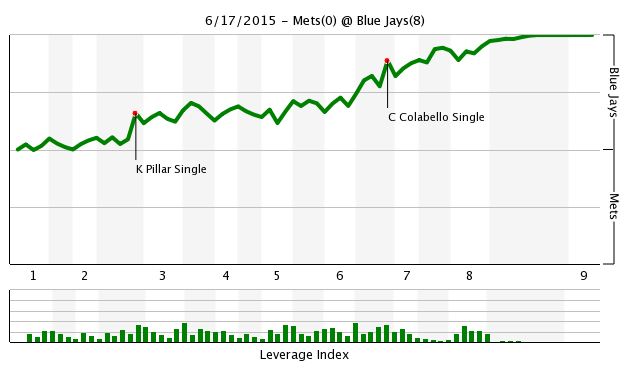