The Mets lost in San Diego for the second time in three nights.

Share All sharing options for: Mets vs. Padres Recap: Gee, this six-man rotation sure seems swell

Imagine a baseball game in which your favorite squadron is starting Dillon Gee and the opposing team is starting James Shields. Close your eyes, take a deep breath, and play out three hours of baseball. Yep, your imagination was right. 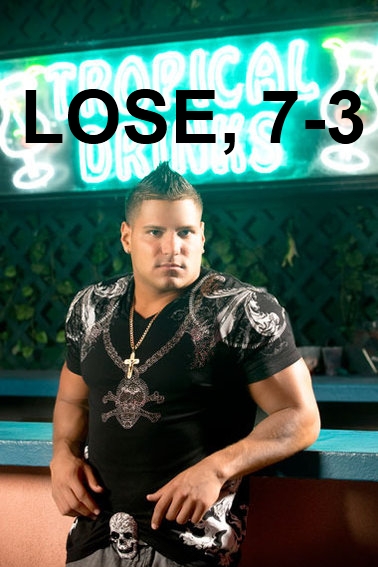 Petco Park has been an underrated house of horrors for the Mets over the years, and Wednesday night’s series finale was no exception. Things were bad early and got worse in a hurry, and although the Mets got the tying run to the plate in the ninth inning, the odds of a comeback were consistently slim.

In his return from the disabled list, Gee was not good. He lasted just four innings and gave up seven runs on eight hits. Three of those runs were unearned, but he struck out just one opposing batter. And he was charged with one of the errors that led to a run. It just doesn’t seem like the Mets’ six-man rotation experiment should or will last very long.

After Gee had allowed those seven runs, the Mets finally got on the board when Ruben Tejada double in a run in the sixth inning. Tejada went 3-for-5 on the night and is now hitting .310/.380/.451 for the season. An offensive breakout of that nature seems unlikely given his long track record at the plate, but right now, he has hit quite a better better than the league average hitter.

The Mets added a run in the seventh on an Anthony Recker single and another in the ninth on a Kevin Plawecki double. With two outs, they loaded the bases against Craig Kimbrel, and Lucas Duda came up to the plate as the potential tying run. Unfortunately, he grounded out to the right side, and the Mets dropped the series to the Padres.

On the bright side, Matt Harvey starts tonight for the Mets as they begin a four-game series against the struggling Diamondbacks in Arizona. 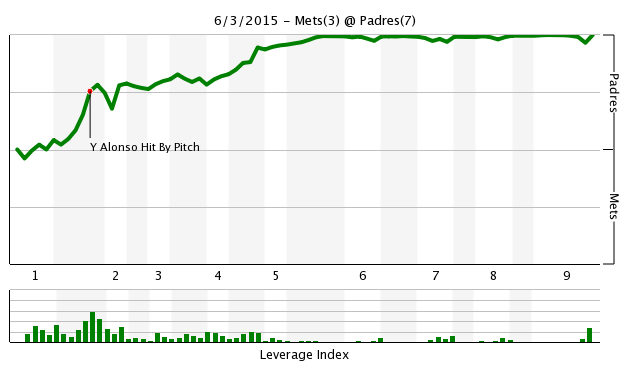