The Mets beat the Diamondbacks on Sunday, splitting the four-game series in Arizona.

Jacob deGrom might be pretty good. After struggling earlier this season, the 26-year-old has been fantastic over his last few starts. On Sunday afternoon, he struck out ten, walked three, and gave up three runs in seven innings. That wasn’t the best of his recent starts, but it was still a pretty good one. 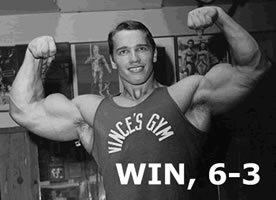 But deGrom’s outing might not have been the best part of the Mets’ victory. The team hit four home runs and defeated the Diamondbacks 6-3 in the end. Curtis Granderson hit a home run to begin the game in the first, and after the Mets surrendered a couple of runs in the bottom of that inning—thanks in part to an Eric Campbell error—Campbell hit a two-run home run to put the Mets back in the lead in the second.

Hansel Robles was impressive in a perfect eighth inning, during which he retired Goldschmidt, David Peralta, and Jake Lamb. All three of those hitters have hit well this year, and Goldschmdit is obviously one of the best hitters in Major League Baseball. And Jeurys Familia pitched a perfect ninth.

The Nationals lost on Sunday afternoon, which means the Mets are back in first place in the National League East. Things clearly aren’t perfect, but the it’s the second week of June, and the Mets are currently contending. 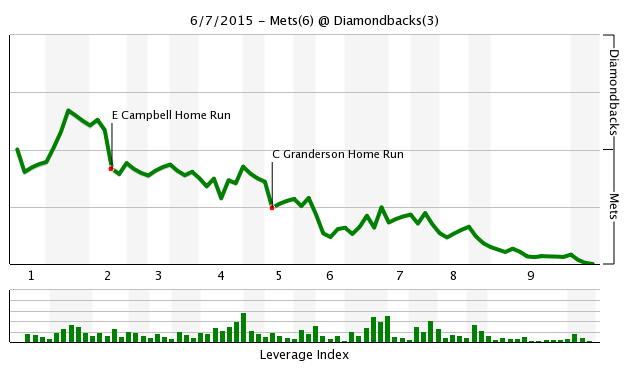