Mets vs. Cubs Recap: It's impossible to win when you don't score

Share All sharing options for: Mets vs. Cubs Recap: It's impossible to win when you don't score

You’ve seen this one before. Mets pitchers were very good, but Mets hitters were not. The Mets’ lineup, which has more often than not been a liability over the past few weeks, failed to score against the Cubs on Tuesday night at Citi Field. Jon Niese allowed just one run in a seven-inning start, and the Cubs didn’t score against the Mets’ bullpen in the eighth or ninth. 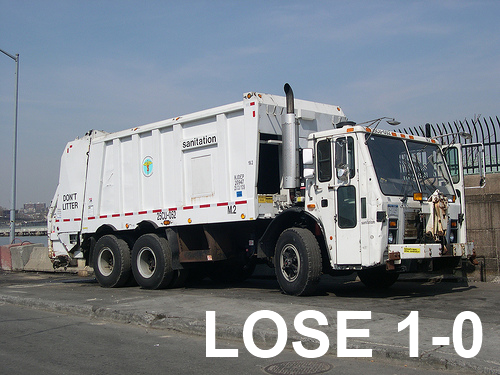 Cubs starter Kyle Hendricks came into the game with a 4.46 ERA on the season and had really struggled in his last couple of starts. But he held the Mets to just three hits through six innings, and three Cubs relief pitchers set the Mets down in order in the last three innings of the game.

The Cubs’ lone run of the game scored in the sixth after Niese walked Kris Bryant to begin the inning. Bryant remained at first after a fly ball out, and Niese got a comebacker off the bat of Chris Denorfia that he fielded with his bare hand off the first base side of the mound. He probably could have thrown out Bryant at second, though it was understandable that he chose to get the runner at first for a more certain out. Matt Szczur then doubled off the base off the left field wall, and Bryant came in to score.

That about sums up the game. On top of the loss, the Mets lost Michael Cuddyer during the game because of a sore left knee. He’ll have an MRI today, at which point he will presumably either be deemed okay or hit the disabled list. Cuddyer has struggled mightily over the past few weeks, but it would be somewhat of a surprise to see the Mets promote prospect Michael Conforto if Cuddyer is to land on the DL.

As for Niese, his start wrapped up a pretty good June, during which he had a 3.00 ERA in five starts. For the season, he now has a 3.90 ERA, which and 4.30 FIP. National League starting pitchers are averaging a 4.01 ERA and 3.91 FIP for the season, so he’s sitting right around the middle of the pack in the former and well below average in the latter. His trade value probably hasn’t change much, if at all, since the beginning of the season, though a string of good starts lately at least seem less likely to scare away any potential suitors.

Last but not least, Bobby Parnell and Sean Gilmartin each threw a good inning. Despite greatly diminished fastball velocity, Parnell is off to a good start since coming back from Tommy John surgery with six-and-two-thirds innings of scoreless work and strikeout and walk rates that are in line with what he had done in 2012 and 2013, his best two seasons in the big leagues. And Gilmartin has quietly put together a 1.80 ERA in 25 innings this season. Considering it is now the first of July, it seems fairly likely that the Mets will hold on to the Rule 5 draft pick through the rest of the season. 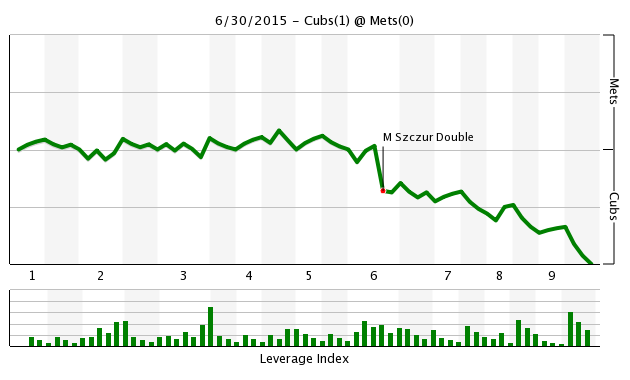