The mid-to-late-eighties Mets were perennial contenders, but 1990 was the last season they'd be competitive for a while.

Share All sharing options for: End of an era: The Mets' 1990 season

The emotional roller coaster ride that was the 1990 New York Mets season is hard to convey 25 years later to those who weren’t there. It was the very definition of a transition year. It was simultaneously the last hurrah of seven very good years, and a foreboding of six losing years ahead.

Milestones of the season included the 20-22 start that got Davey Johnson fired, and the 20-2 hot stretch soon thereafter. Mets fans experienced the thrill of first place on Labor Day, and the depression of the 14-16 finish after that. It was the seventh straight year of 87 or more victories, but it was also the fifth frustrating second-place finish within those seven years. 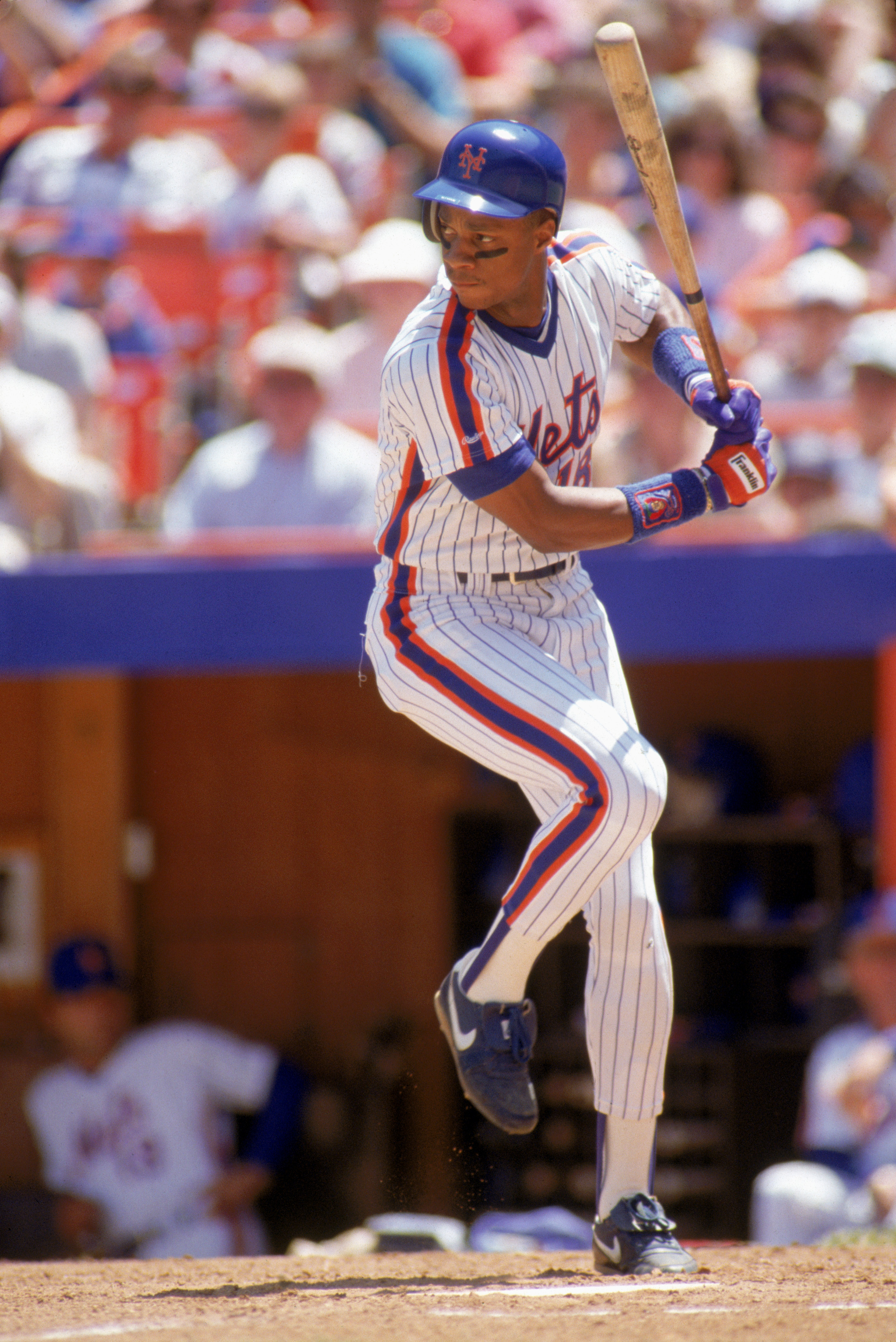 After winning just 87 games in 1989, Johnson was almost fired in the offseason, and was in a precarious position as the season began. The team was in decent shape as late as May 12, when Viola pitched a four-hit shutout over the Dodgers at Shea to improve his record to 7-0, and the team’s mark to 16-14. However, losing eight of the next 12 games doomed Johnson, and he was fired May 29 before the game that night in Cincinnati.

General Manager Frank Cashen felt the team was underachieving at 20-22 in fourth place, and cited a lack of fire in the team’s belly as the reason for the change. He replaced Johnson with Bud Harrelson, the third base coach and former Mets shortstop.

The team didn’t respond to the new manager immediately, losing four of Harrelson’s first five games, and going 6-6 in his first 12 games. Then, the Mets got blazing hot, winning 20 of 22 games, including an 11-game win streak from June 17-29, one of five such streaks in Mets history to date. The Mets went from 26-28 in fourth place on June 11, to 46-30 and a half-game out of first behind Pittsburgh on July 6.

On July 27, the Mets finally passed the Pirates in the standings to take a one-game lead in the NL East at 57-39. Viola won his 14th game of the season, 10-1 over the Cardinals at Shea. The two teams jockeyed for position for the next five weeks. The Mets were three games behind when play began on August 28, but they started a seven-game winning streak that night, and passed the Pirates again on September 1.

When Dwight Gooden defeated the Cardinals, 9-3, for his 15th win of the season on Labor Day September 3 in St. Louis, the Mets could boast of a 77-55 record, 57-33 in the 90 games since Harrelson became manager. They maintained a half-game lead over Pittsburgh in the division. However, the Pirates reclaimed first place the next night by defeating Philadelphia, while the Cards defeated Sid Fernandez and the Mets 1-0.

On Wednesday September 5, the 78-56 Pirates hosted the 77-56 Mets at Three Rivers Stadium in Pittsburgh for a doubleheader. It was a disastrous day for the Mets. In Game 1, Viola and Zane Smith battled to a 0-0 draw through eight innings, as Smith held the Mets to just one hit. The Pirates won the game, 1-0, in the bottom of the ninth against Franco on a Barry Bonds walk-off single. Pittsburgh won Game 2, 3-1, as Jeff King homered twice off of Ojeda for all three runs. The Bucs won again the next day, 7-1, for a three-game sweep.

The Mets never really recovered from that blow, although they managed to sweep a two-game series from the Pirates at Shea the next week to close to within 1.5 games of the lead. However, New York never saw first place again. Elimination came for the Mets on Sunday afternoon September 30, when they blew a 5-1 lead late in the game to lose to the Cubs 6-5 at Shea, while the Pirates shut out the Cardinals, 2-0, for Doug Drabek’s 22nd win of the season.

The season-ending three-game series in Pittsburgh between the Mets and Bucs was rendered meaningless. Viola did win his 20th game of the year on the last day of the season, as the Mets finished four games behind Pittsburgh, 95 wins to 91. The Mets went 14-16 down the stretch after Labor Day.

Individual accomplishments for Mets players in 1990 include Darryl Strawberry becoming the first player in Mets history to have three seasons with 100 RBIs. He had 37 home runs and 108 RBIs for a .277/.361/.518 batting line. However, he left the Mets when he signed a free agent contract with the Dodgers in November.

John Franco had 33 saves in his first season in Flushing, and became the hometown face of the franchise. He played for the Mets until 2004, and compiled 276 saves in 14 seasons. 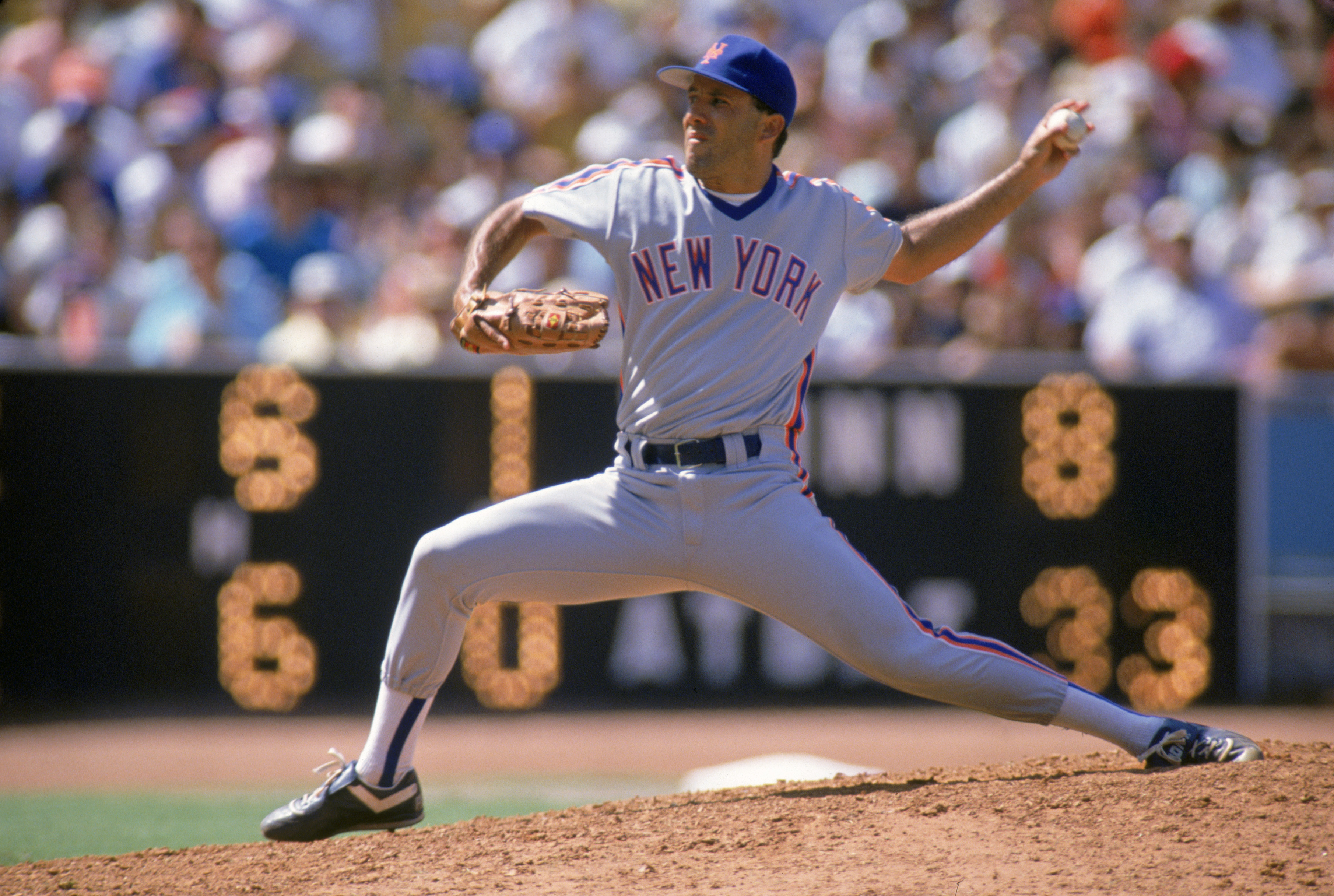 Todd Hundley made his major league debut for the Mets on May 18. Although he hit only .209 in 36 games in 1990, he would go on to become a star player on the team. In 1996, he would hit 41 home runs and drive in 112 runs, breaking the major league record for single-season home runs by a catcher, previously owned by Roy Campanella.

Bobby Ojeda went 7-6 for the Mets in 1990. He was traded to the Dodgers in December as part of a deal for Hubie Brooks. In five seasons in New York, he earned 51 wins, including 18 in the championship season of 1986, and two more victories in the postseason.

Bud Harrelson failed to complete the 1991 season as Mets manager, being fired in late September after leading the team to a 74-80 record. He never managed in the major leagues again. Davey Johnson would go on to future managerial jobs in Cincinnati, Baltimore, Los Angeles, and Washington, D.C.

1990 was the end of winning ways for the Mets for quite a while. They would suffer through six consecutive losing seasons from 1991 to 1996, before starting to reemerge in 1997 with Bobby Valentine at the helm.