Mets Midseason Review: Jeurys Familia and the bullpen have been excellent

Believe it or not, Mets relievers have been among the best in baseball this year.

Share All sharing options for: Mets Midseason Review: Jeurys Familia and the bullpen have been excellent

For the first time in a long time, the Mets’ bullpen has been very, very good. That’s pretty much been the case all season, but the bullpen’s 3.23 ERA is the third-best mark in Major League Baseball. Compared to where the team’s bullpen has ranked over that past several years, this year’s incarnation has been a drastic improvement.

Mets relievers have struck out 21.6 percent of opposing hitters, the ninth-best rate in baseball, and they have walked just 6.6 percent, the third-best rate. For context, the average major league relief pitcher has struck out 22.0 percent and walked 8.6 percent. The bullpen has been successful despite the hodgepodge of relievers who have been a part of it.

Topping the list is, of course, Jeurys Familia. The 25-year-old was good last year, but he has been outstanding this year. Originally penciled in as a setup man as the season began, Familia quickly took over as the team’s closer when Jenrry Mejia was sidelined briefly by elbow soreness and for eighty games beginning in early April because he tested positive for stanozolol, a banned performance-enhancing drug. Familia has a 1.25 ERA and 2.89 FIP in 43.1 innings. His strikeout and walk rates are both better this year. And in terms of strikeouts, his superb 14.5 percent swinging strike rate—a good indicator of future strikeouts—could mean more improvement is in store this year.

But Familia has only thrown about 19 percent of the Mets’ relief innings this year. That’s not a low percentage relative to his teammates—especially with a bullpen that has included seven and sometimes eight pitchers—but means the other 81 percent of the team’s 230.2 relief innings have been thrown by other pitchers. Only the Chicago White Sox bullpen has thrown fewer innings this year, so perhaps the bullpen owes some of its success to a starting rotation that has allowed relievers to get rest between outings. 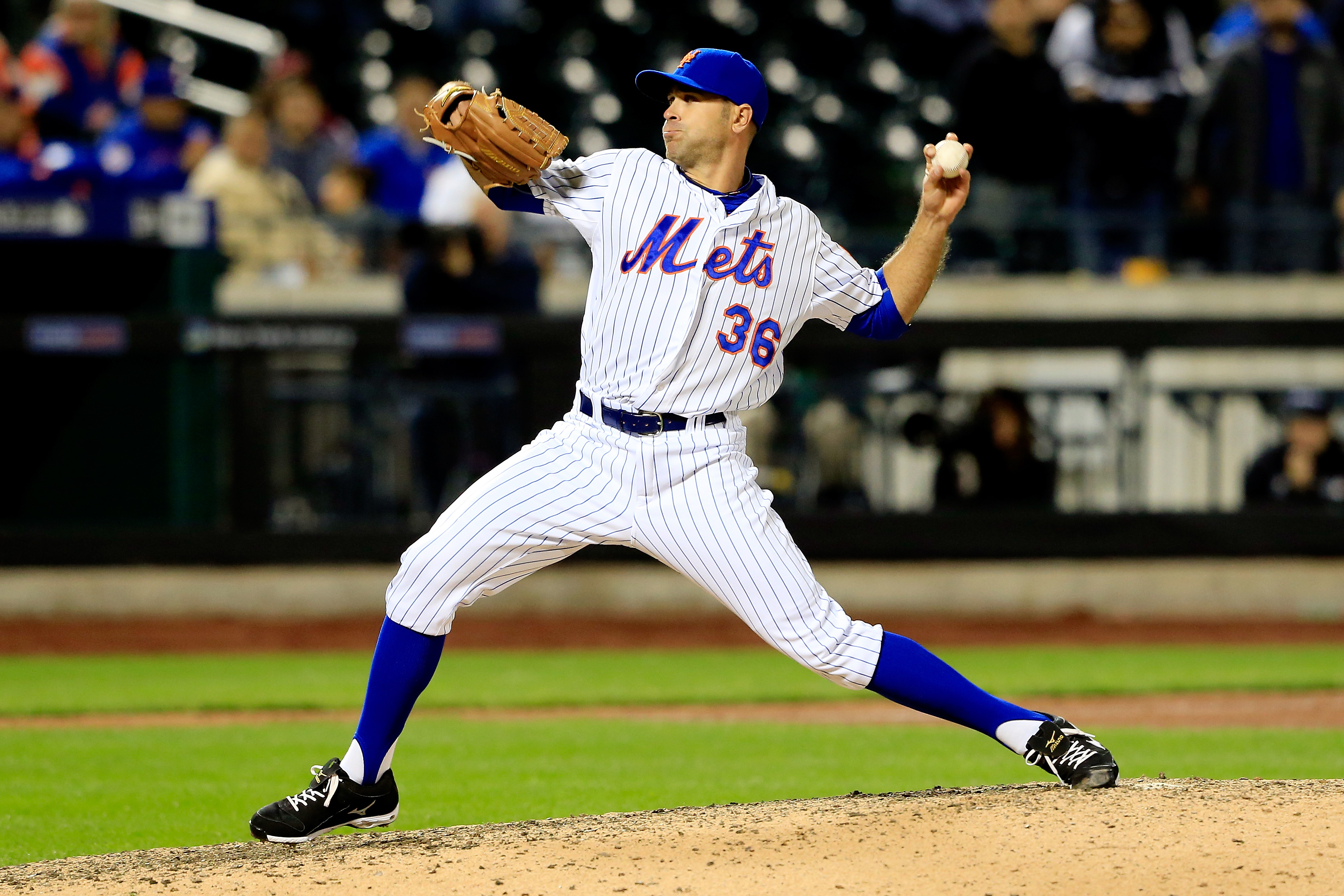 Familia has pitched the eighth-most relief innings in baseball this year, but the Mets’ next-highest relief workload belongs to Carlos Torres, whose 33.0 innings rank 93rd. And Alex Torres and Sean Gilmartin, the other two Mets relievers who have been on the roster since Opening Day, rank 120th and 134th in innings pitched, respectively. As a group, those four pitchers have thrown 57 percent of the team’s relief innings.

Carlos Torres has been the worst of the four, at least by ERA. But his peripherals look pretty good, he was a good relief pitcher in 2013 and 2014, and he’s averaging a faster fastball this year than in any of his previous major league seasons. Strange things can happen in small samples, but if Torres pitches well in the second half, it wouldn’t be much of a surprise.

Alex Torres has managed a 3.18 ERA despite a ridiculously high 16.7 percent walk rate. In per nine terms, he’s at 6.67 walks. Either way, that’s very bad. But he’s limited runs by stranding a whopping 88 percent of baserunners, thanks in part to a good strikeout rate. If the walk rate doesn’t improve and he keeps giving home runs like he has—1.27 per nine innings—the results seem pretty unsustainable. Like Carlos Torres, though, the track record over the past couple of seasons is better than what he has done so far this year.

Rule 5 pick Gilmartin has perhaps been the unsung hero of the bunch. Mostly written off as an obligation when he made the team out of spring training, the 25-year-old has a 1.71 ERA so far in his first major league season. The peripherals aren’t great, but they’re not terrible, either, as he has a 3.23 FIP.

The rest of the Mets’ relief innings have been thrown by eleven other pitchers: Erik Goeddel, Hansel Robles, Logan Verrett, Jack Leathersich, Bobby Parnell, Buddy Carlyle, Jerry Blevins, Rafael Montero, Dillon Gee, Akeel Morris, and Jenrry Mejia. Of that group, Goeddel, Carlyle, Blevins, Leathersich, and Montero are currently out with injuries and in various states of recovery. Parnell and Mejia have only returned recently. But most of those pitchers have performed pretty well when healthy.

For the short term, the bullpen consists of:

None of the injured pitchers are particularly close to returning. Montero pitched for the GCL Mets yesterday, his first appearance in a game in months. Leathersich is on the disabled list for the Triple-A Las Vegas 51s after throwing 57 pitches—far more than he had ever thrown in one outing this year—in his first game after being sent back there. Blevins hasn’t been cleared to throw yet, and Carlyle is likely done for the season.

It wouldn’t hurt the Mets to acquire an established relief pitcher to make up for some of the uncertainty that exists among this group. But it wouldn’t be shocking if the bullpen, as currently constituted, were to pitch well the rest of the way.