Mets starting pitchers have been the team's greatest strength.

Share All sharing options for: Mets Midseason Review: The rotation is downright exciting

Mets starting pitchers can really pitch. As a group this season, they have a 3.42 ERA, which is the seventh-best number in Major League Baseball. They lead the league in innings pitched at 558.2, which has probably helped the team's bullpen in its success this year. Their 21.2 percent strikeout rate is the eighth-best mark in baseball, and their 5.2 percent walk rate second-best. What might be most encouraging about the group is that the current incarnation is an improvement on how the Mets started the year.

The Mets broke camp with a starting rotation featuring Matt Harvey, Jacob deGrom, Jon Niese, Bartolo Colon, and Dillon Gee. deGrom has been the best of the bunch, Harvey has pitched very well in his first year back from Tommy John surgery, and Colon and Niese have pitched just about to expectations. Gee really struggled in seven starts and one relief appearance. He hit the disabled list in early May with a groin injury, which opened the door for the Mets to call up prized prospect Noah Syndergaard, who has not disappointed with a 3.11 ERA and 2.61 FIP in his first twelve major league starts. Gee briefly returned but was designated for assignment, cleared waivers, and sent to Triple-A Las Vegas, where he is still pitching.

Two other pitchers have made starts for the team this year: Rafael Montero and Steven Matz. Montero got a spot start in one of the Mets' first forays into a six-man rotation and then went missing for a few months with a shoulder issue, resurfacing just the other day in a Gulf Coast League game. Matz, too, is on the shelf, as he has a partially torn lat muscle in his left side, but his major league debut was one of the best debuts in major league history—on the mound and at the plate. Matz's second start didn't disappoint, either, but there's no telling just how long he will be sidelined. If he's able to return to the Mets' rotation sometime in August or September, he would provide quite a boost to an already-strong rotation. 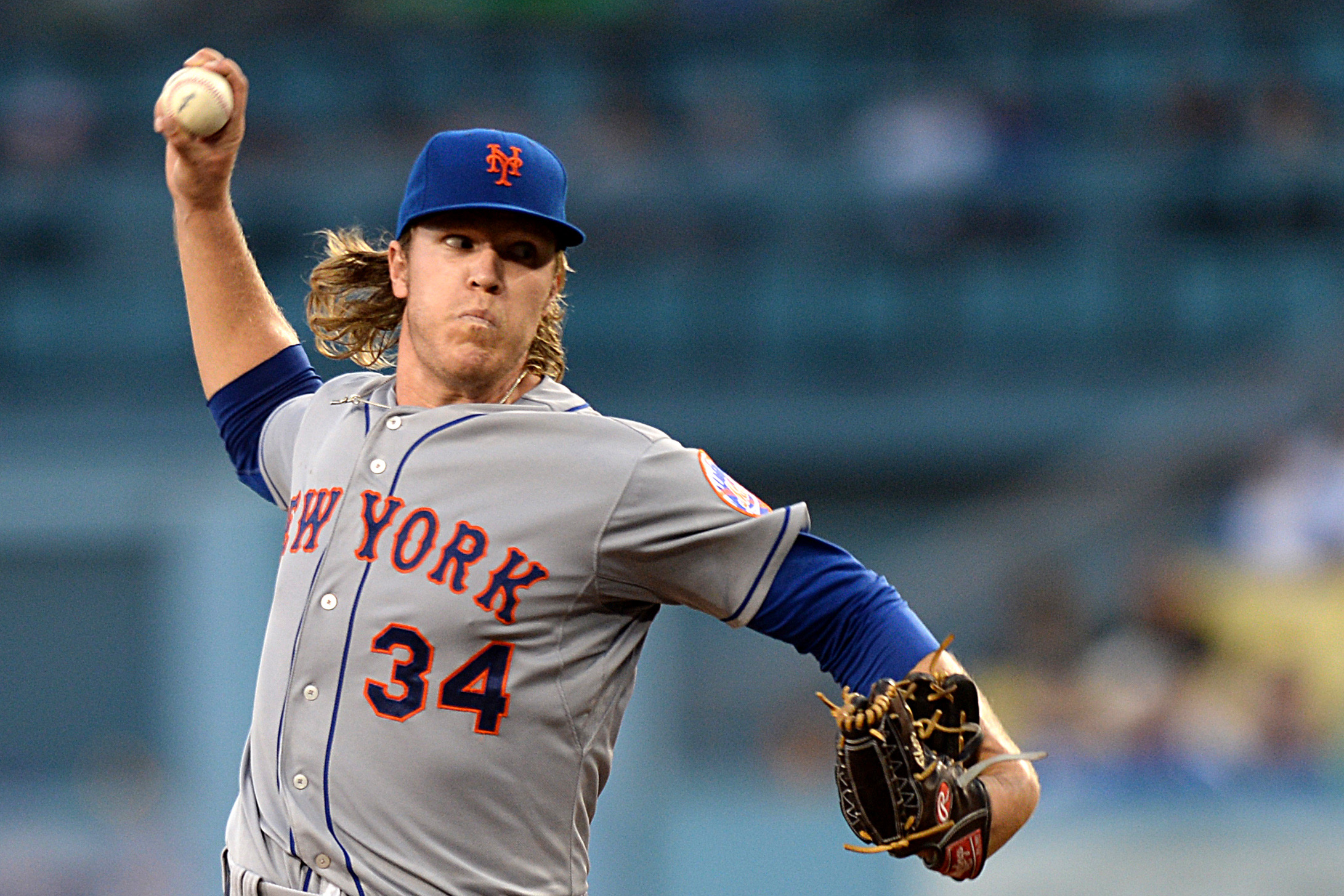 In the short term, the Mets haven't announced with any certainty just how many starting pitchers they will use in their rotation. With a healthy Matz, they seemed perfectly content to roll with the six-man rotation long term, saving innings for their younger pitchers whose workloads they would like to limit and getting a little more rest between starts for all six pitchers involved. Balancing innings limits with winning baseball games could get a little tricky over the coming weeks, as the Mets are still very much contending in the National League East and the Wild Card race.

One thing that seems certain is that the team won't trade any of its four young pitchers—deGrom, Harvey, Syndergaard, and Matz—for a hitter anytime soon. It would be surprising if the team didn't at least use a sixth starter occasionally while Matz is out, though the only two starting pitchers on the 40-man roster who are not on the team already are Logan Verrett, who was successful in a recent bullpen stint with the Mets, and Gabriel Ynoa, who is still pitching in Double-A Binghamton. There's room to work with on the forty, though, if the Mets want to put Gee back on it or call up someone else.

In the very short term, sticking to a five-man rotation seems ideal, as the Mets face their toughest competition of the season over the next ten days, playing the Cardinals and Nationals three times apiece and the Dodgers four times. Things get easier after that, which seems like a better time to work in a sixth starter.