Bartolo Colon had an awful day and the Cardinals beat the Mets by ten.

The Mets got blown out Saturday by the Cardinals, losing 12-2. St. Louis had three four-run innings, two off of Bartolo Colon (with some help from Carlos Torres) and the other off Alex Torres. The offense went 0-for-7 with runners in scoring position and left eleven men on base. The surface results of this game couldn't have been much worse. 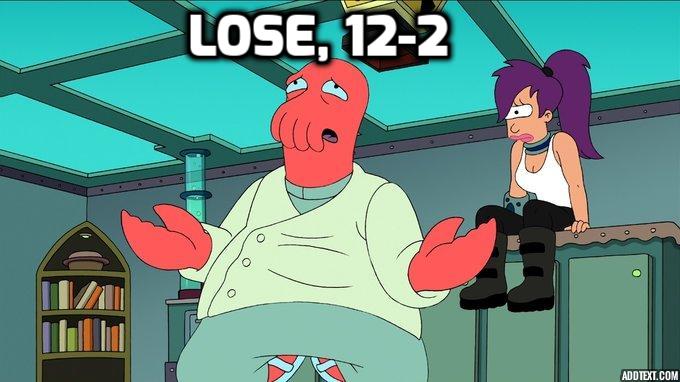 The Cardinals got off to a fast start, scoring four runs in the fist inning and sending ten batters to the plate. Colon settled down until the firth, when the Cardinals again started teeing off. Colon was pulled in favor of Carlos Torres with one out in the inning, who promptly gave up a home run to Randal Grichuk to score the seventh and eight Cardinal runs.

Michael Cuddyer homered in the sixth to prevent a shutout, and Ruben Tejada had an RBI double in the eight, but the Cardinals struck again in the bottom of the eight with Alex Torres on the mound. Only two of the runs he gave up were earned thanks to a Tejada error, but another Randal Grichuk home run (he's absolutely killed the Mets this year) drove in three more runs for the Cardinals. The Mets then went quietly in the ninth, a leadoff walk from Eric Campbell being erased on a Lucas Duda double play grounder to end the game.

The struggles of Bartolo Colon are indeed concerning, particularly given the Mets current lack of offense. Since May began, Colon has an ERA of 4.98, and his season mark of 4.46 isn't much better. However, Colon has actually improved his peripherals from last season - he's striking out more batters and walking fewer, while inducing a similar BABIP and allowing a few more home runs. His FIP of 3.56 is nearly identical to last years 3.57 mark. The ERA might be higher, but Colon's skills are still intact - I would expect he posts results similar to his solid (if unspectacular) numbers last year as a valuable innings eater.

Further, the offense showed some flickers of life, with twelve hits and the Cuddyer home run. The struggles in higher leverage spots are frustrating, but over the long haul are little more than poor sequencing luck. If a few of the Mets regulars can hit at even a close to league average rate, that would be a huge upgrade at this point.

The loss drops the Mets to two games behind the Cubs for the second wild card. The Dodgers took care of the Nationals, so the Mets remain three back in the division. Losing two games to start the second half certainly isn't ideal, but the Cardinals are arguably the best team in baseball right now and simply do not lose at home. As Douglas Adams said, don't panic. Hopefully the Mets can salvage the last game of the series with the revitalized Jon Niese on the mound and head into Washington on a high note with their best three pitchers slated to start and the division lead on the line.