Mets vs. Dodgers Recap: Mets improve roster, but not position in standings

Jon Niese had a rough outing, and the Mets couldn't come back.

Share All sharing options for: Mets vs. Dodgers Recap: Mets improve roster, but not position in standings

It would be understandable if Jon Niese’s mind was elsewhere when he took the mound for the Mets last night. With his wife set to give birth to their child, Niese made his start in New York. He was a short flight—but still a flight—away. His start did not go well, but he was at least able to see his son born via FaceTime as he was on his way to be with his family. For that, we congratulate Niese and his wife. 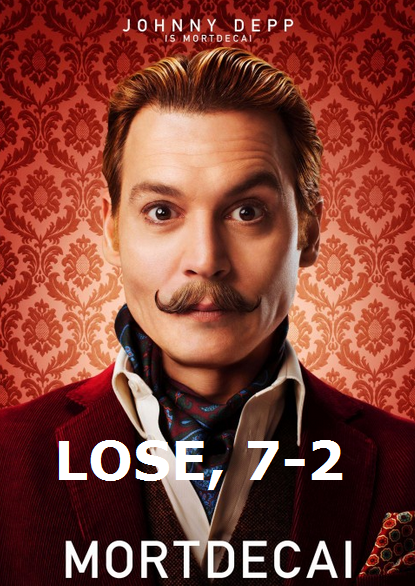 On the field last night, however, Niese had his first poor start in a long time. Justin Turner doubled in a run against him in the first inning because of course he did. And in the second, Niese loaded the bases with nobody out. He induced a ground ball double play that scored the Dodgers’ second run of the game, but later in the inning, Joc Pederson doubled in a run.

Things didn’t get any better in the third inning. Turner hit a solo home run, and Yasiel Puig hit a two-run home run. The news had broken just as the game was starting that the Mets had acquired Juan Uribe and Kelly Johnson to strengthen their lineup, but both players sat on the Braves’ bench last night as the trade was finalized and made official last night. They figure to help the team at the plate starting tonight.

Niese’s wild evening wasn’t the only big story of the night, though. Top prospect Michael Conforto made his major league debut after the Mets called him up from Double-A Binghamton earlier in the day as they placed Michael Cuddyer on the disabled list. And it was Conforto who drove in the Mets’ first run of the game on a ground out to second base in the fifth inning. The youngster went 0-for-3 in his debut.

The Mets only scored once more with a run in the sixth on a Daniel Murphy single. And while Niese lasted just three innings, the Mets’ bullpen did a very good job over the following six. Carlos Torres threw three scoreless frames, Hansel Robles gave up one run in two innings on a solo home run by Jimmy Rollins. And Alex Torres threw a scoreless ninth.

The relatively good news is that the Nationals and Cubs lost yesterday, too, and the Mets remain three games back in the division and Wild Card races. 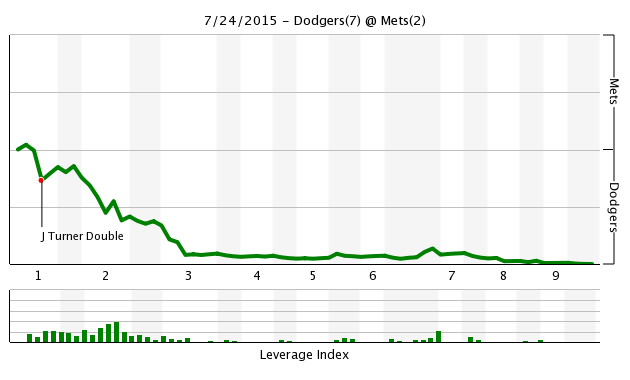