The Mets pounded rookie Zach Lee and the Dodgers bullpen en route to their biggest offensive performance of the season.

In one of the most fun games of the season, the Mets' offense exploded for 15 runs and beat the Dodgers 15-2. There are really too many positives to discuss in this one—between Michael Conforto's hot start, the resurgence of Kirk Niuewenhuis, Lucas Duda waking up, new Mets Kelly Johnson and Juan Uribe contributing, and Matt Harvey bouncing back, Met fans should be feeling great. 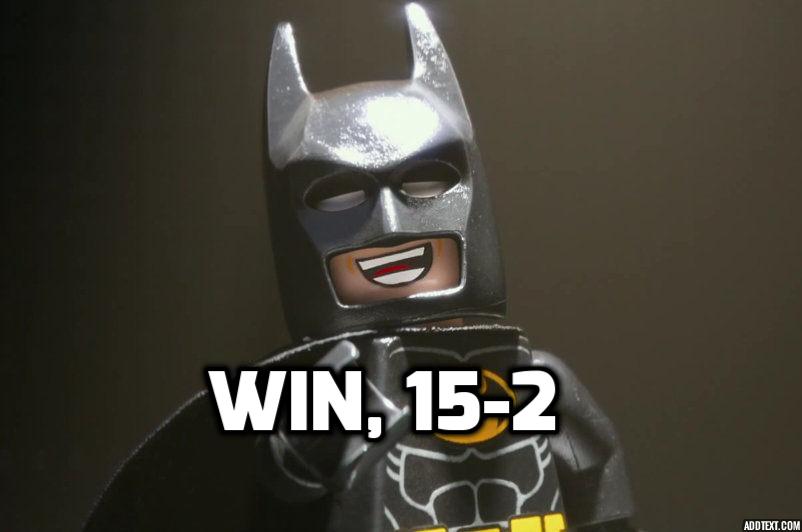 The Mets' big day started in the first inning, when they jumped on Zach Lee for a quick four-run lead. Six of the first seven batters reached, the only out coming on a sharply hit Lucas Duda line drive to shortstop. The inning ended when Kevin Plawecki hit into a double play, but the Mets had already grabbed a lead they would not relinquish.

Conforto and Nieuwenhuis combined to tacked on an additional run in the third, but the Dodgers got that run back in the fifth on yet another Jimmy Rollins home run. The Mets' offense would again explode in the bottom half of the inning, however, as Kelly Johnson hit his first home run as a Met and Conforto and Harvey doubled. Harvey gave up another home run in the sixth, but the revitalized Mets offense struck again with five more runs with the help of home runs from Daniel Murphy and Lucas Duda.

At this point, the Mets' lead was up to eleven runs and the game was out of reach, but Duda decided to add insult to injury and hit another home run. Nieuwenhuis and Conforto were then robbed of a chance to get to five hits when both drew walks. Still, the offensive performance was excellent all around.

Of the many story lines, I think Kirk Nieuwenhuis and Lucas Duda are the most significant hot performers. Nieuwenhuis has been great since rejoining the Mets, running a 196 wRC+. The sample size is pretty insignificant, but Nieuwenhuis ability to hit righties and play good defense at all three outfield positions perhaps mitigates the need to trade for a lefty-hitting outfielder like Gerardo Parra or Will Venable. On Lucas Duda, the five balls he hit today (including his two home runs) are a great flash of hope. Duda was actually second in the majors in exit velocity in July, behind only Paul Goldschmidt, indicating some extremely poor luck was at least partially responsible for his recent brutal stretch. If he can return to his production level for last season, that'd be a huge boon to the Mets' offense.

The Nationals and Giants won, but the Cubs lost, meaning the Mets gained at least one game on one of their main competitors, but did not gain any ground on the current division or second Wild Card teams. Still, the Mets' weak schedule offers a great chance to make up the gap between them and the current playoff teams over the coming months, and it sounds like Alderson isn't done dealing. Stay tuned Mets fans, this could be a fun couple of months.